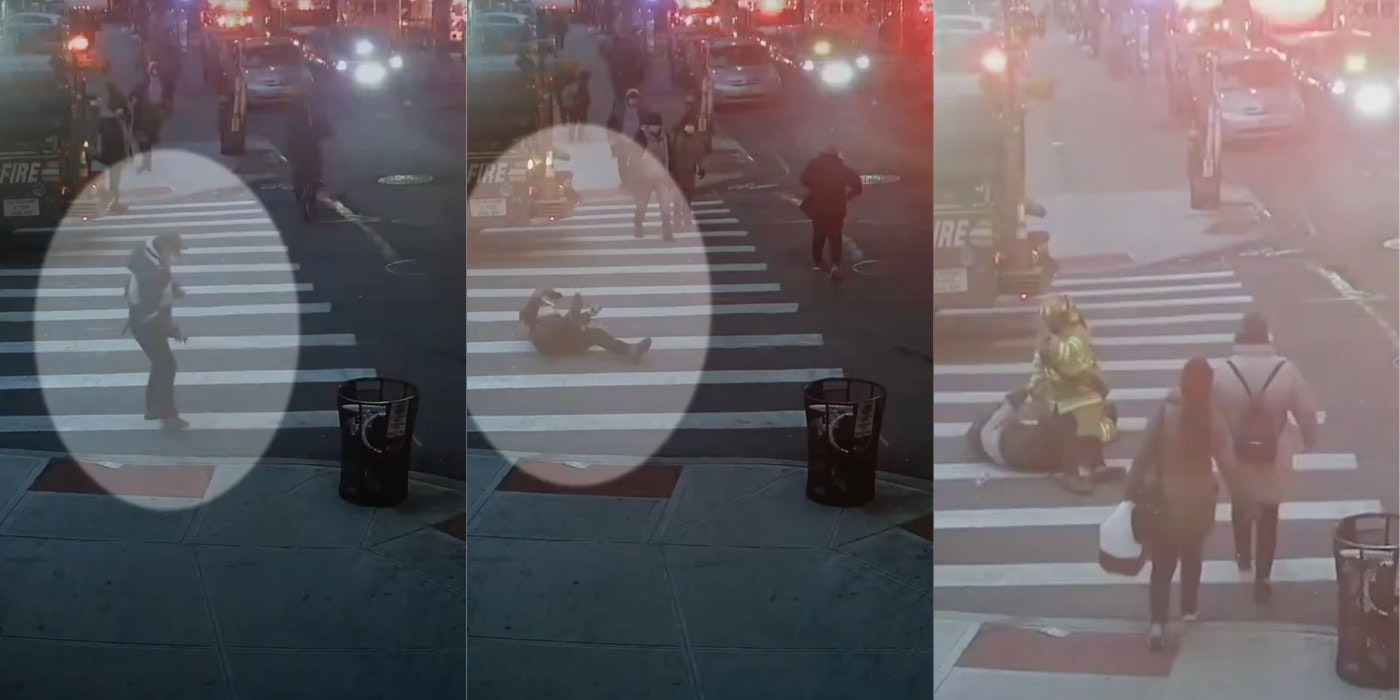 A New York man arrested for allegedly deceiving a female EMT into providing medical help so that he could sexually assault her was found to be suffering a seizure at the time of the event.

In a YouTube video released by the Bronx District Attorney Darcel Clark’s office, Aaron Cervantes-Mejia is shown walking at Commonwealth Avenue and Westchester Avenue around 7am on Jan. 28. He suddenly halts and collapses to the ground. Fire trucks and ambulances were responding to an unrelated incident nearby.

Surveillance video from a nearby store shows pedestrians trying to get medical assistance for Cervantes-Mejia. A female EMT in full protective gear is later seen on the footage kneeling next to him. Cervantes-Mejia appears to be in the middle of a seizure as he grabs the EMT’s clothing.

The EMT quickly removed Cervantes-Mejia’s hands away without assistance. The DA’s office stated that Cervantes-Mejia didn’t appear to have control of his hands, while in the throes of his apparent seizure.

However, according to NBC New York, despite the obviousness of his medical emergency, Cervantes-Mejia was “arrested and charged with attacking an EMT worker.”

Part of a subsequent investigation combined interviews of people who’ve witnessed Cervantes-Mejia endure seizures, “during which times he has grabbed at anything within reach.” Moreover, the investigation turned up medical records confirming his history of seizures.

Clark, per the subsequent statement, was evidently perturbed with the accusation on Cervantes-Mejia by the unnamed EMT.

“I will not tolerate assaults on first responders, who courageously serve our city, especially during this pandemic, and I will not prosecute anyone unless there is evidence to support charges,” Clark said. “(Cervantes-Mejia) was the subject of a false narrative that spread quickly through the media and social media.”

The post ​Man accused of groping medic cleared after video shows he was actually having seizure appeared first on The Daily Dot.