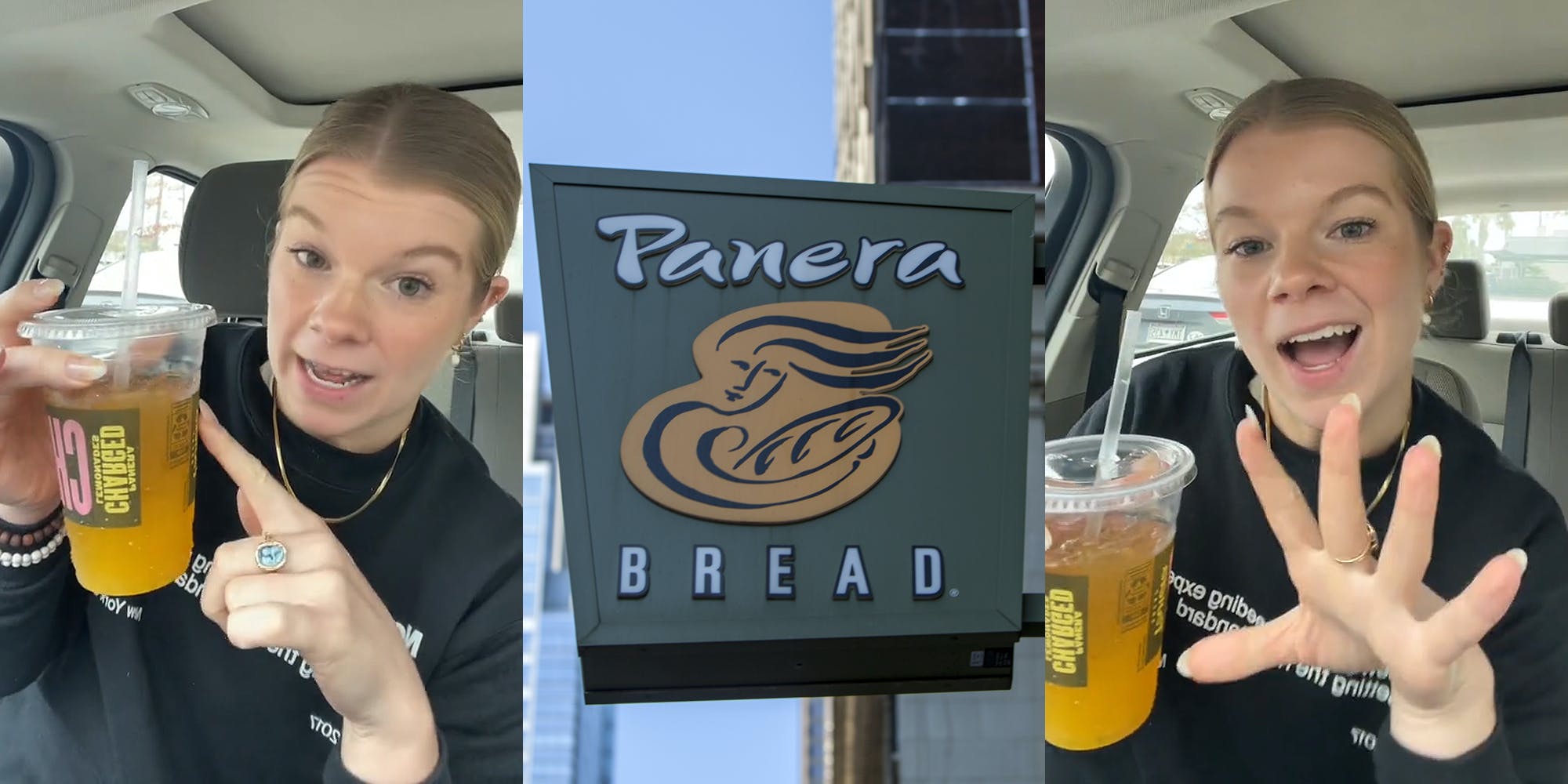 Ever since its release, the “Charged” lemonades from Panera Bread have stirred up controversy. The product has gone viral several times on TikTok, with each user shocked by the high sugar and caffeine content.

Now, another user has gone viral and sparked discussion after sharing their own experience with the beverage.

In a video with over 428,000 views, TikTok user Sarah (@sarahebaus) claims that she started drinking the specialty lemonade while doing work at a Panera Bread location. It was only later when she was ordering the drink again with her husband, who is a Type 1 diabetic, that she realized just how much sugar and caffeine is in the drink.

“@Panera Bread this drink should come with a warning because it’s delicious and will lead to my cardiac arrest,” she writes in the video’s caption.

In this video, Sarah says, while she knew the drink had caffeine, she consumed four or five of them over the course of a given workday as the location has free refills.

Four or five cups of coffee is within the recommendations of caffeine limits from the United States Food and Drug Administration (FDA), which suggest that a person should not consume more than 400 milligrams of caffeine per day.

What Sarah did not realize, however, was just how much stronger the Charged Lemonade is than an average cup of coffee. In fact, following those guidelines, a person should not drink more than one large Charged Lemonade in a single day, let alone 4 or 5.

Sarah appears to be drinking the ‘regular’ size, which has 260 mg of caffeine, per Panera’s website. Still, drinking even two of these drinks would put one over the FDA’s daily recommended caffeine limit.

Many users in comments expressed their shock at the drink’s contents.

“260??????…Are you kidding, my pre workout rn doesn’t even have that much,” shared a commenter. “I thought it was going to be less then coffee!”

“Giiiiiirl that is SO MUCH SUGAR and I RARELY say that,” noted a second.

Some claimed they’ve already had negative experiences with the drink.

“these drinks gave me heart attack symptoms and i thought it was over,” alleged a commenter.

“I work there and warn so many mothers when their 7 yr old will fill up a 30 ounce cup,” stated another. “the caffeine sign needs to be way bigger.”

“I couldn’t sleep one night and my heart was racing,” recounted a further user. “the only new thing I had were these drinks so I looked up the nutritional facts and about died.”

Still, some were excited by the high caffeine content.

“This was honestly the best advertisement FOR this lemonade bc I was convinced it wouldnt have enough caffeine for me lol,” wrote a user.

“Not me running to Panera to get one, thinking about everything I can get done this afternoon,” said an additional TikToker.

The Daily Dot reached out to both Sarah and Panera via email.

The post ‘100% should be illegal’: Panera customer says she unknowingly consumed over 1,000mg of caffeine in Charged Lemonade refills appeared first on The Daily Dot.