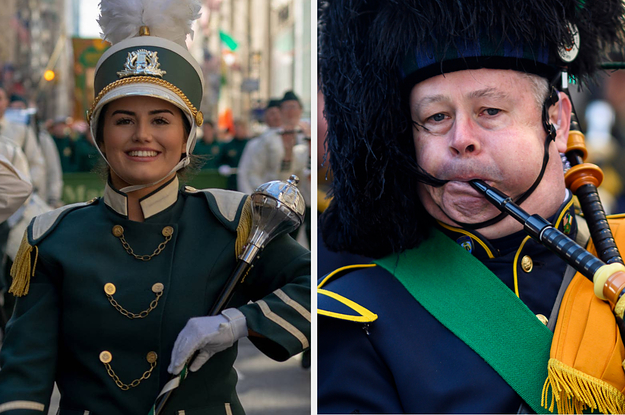 The St. Patrick’s Day Parade in New York City has been postponed indefinitely over concerns about the spread of coronavirus, Gov. Andrew Cuomo announced late Wednesday.

“While I know the parade organizers did not make this decision lightly, public health experts agree that one of the most effective ways to contain the spread of the virus is to limit large gatherings and close contacts,” Cuomo said in a statement.

The announcement about the annual march, which runs up 5th Avenue in Midtown Manhattan, came two days after Boston’s mayor canceled the parade in that city.

The New York City parade has been held every year since 1762.

The news was revealed hours after New York Gov. Andrew Cuomo answered a reporter’s question about the parade in a bizarre Irish accent, saying he had authority from St. Patrick to stop the parade if he wanted.

According to the parade’s website, there are typically 150,000 people who march, and around 2 million spectators.

“Today I had several conversations with the organizers of the St. Patrick’s Day Parade,” Cuomo said. “Following those conversations, I recommended and the parade’s leadership agreed to postpone this year’s parade due to the high density and the large volume of marchers and spectators who attend.

“While I know the parade organizers did not make this decision lightly, public health experts agree that one of the most effective ways to contain the spread of the virus is to limit large gatherings and close contacts, and I applaud the parade’s leadership for working cooperatively with us.”

Groups that march in the parade include veterans, first responders, high school marching bands, and bagpipe bands from the tri-state area, as well as nationwide, Canada, and Ireland.

St. Patrick’s Day parades in Chicago and Dublin have been canceled in the last few days.

Health authorities have advised so-called “social distancing” as a means to avoid spreading the coronavirus. This involves avoiding large groups of people and canceling major events.

Parades have a history of spreading disease. In the 1918 flu pandemic, the city of Philadelphia opted to go ahead with a World War I victory parade attended by some 200,000 people. Within days, every bed in the city’s hospitals was occupied by flu patients. In total, more than 16,000 people died over six months in Philadelphia, compared with roughly 1,200 in St. Louis, where city officials implemented social-distancing strategies right away.

Nickelodeon’s Ashley Argota Asked Disney’s Raini Rodriguez To Be Her Maid Of Honor
22 Of The Funniest Tweets About Peter’s Mom, Barb, From “The Bachelor” Finale