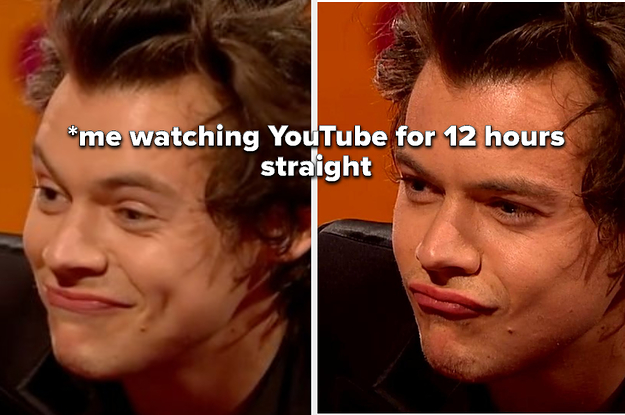 YouTube is an amazing place for soothing, educational, short videos that don’t require a ton of mental investment or brain space — perfect for stressful times like this.

There’s also something about the DIY nature of YouTube — art made by the people for the people — that is incredibly comforting during a time where you may be self-isolating and seeking a little human connection.

In order to capture the full breadth and randomness of YouTube, this list is sourced from a variety of places: my coworkers, me, and this Reddit thread.

1. JunsKitchen, a cooking channel from a guy who makes food with his cats

2. Graham Norton Show, a British comedic talk show that will make you see your favorite celebrities in a different light

3. You Suck At Cooking for hands-only cooking videos narrated with deadpan humor

It’s like recipes that actually don’t suck, but with a whole internal monologue of inside jokes. “I watch a lot of “Binging with Babish” to learn about things that I could make, but I watch “You Suck At Cooking” to find recipes that I will make.” – HopefullyImAdopted

4. Steve1989MREInfo for oddly nostalgic reviews of MRE meals from past and present

“All you have to do is watch just one video and you’re hooked. He’s like the Bob Ross of MRE/ration reviews.” – cadetprivatesnuffy

5. The Great Pottery Throwdown, a wholesome reality show in the spirit of the Great British Bake Off

“I am a professor of literature. My 11 year old watches these obsessively while playing Minecraft. I’m constantly gobsmacked by what I learn just from overhearing the videos: why didn’t I learn that in grad school.” – felagund

7. Daily Dose of Internet for videos that compile all of the best things on the internet for you

“Finding this channel was to me like finding a little gem. Short little quaint clips that either spark my curiosity or warm my heart all complied together with no underlying agenda.” – ValkyrieCain9

8. Defunctland for videos that give you the history of Disney park rides that you never even knew you cared about

9. The Proper People for more urban exploration of abandoned places.

“They have a good backlog and their videos are pretty silent (not a whole ot of dialogue except for them talking about the location) so I can turn it on when I’m not paying attention and feel like I’m not missing a whole lot.” – Merethic

11. Binging with Babish for stylized cooking videos that walk you through recipes from pop culture.

12. Chills, a channel whose aesthetic I can only describe as…”mindfuckcore”?

13. Reality House, which is basically Big Brother but with YouTubers

It’s like a super juicy reality TV show from MTV in the late ’90s/early 2000s aka when American culture peaked.

“His method of explaining the cases in his videos alongside the music he chooses is really eerie and haunting.” – eam1188

16. UNHhhh, with Trixie and Katya from Rupaul’s Drag Race

17. Company Man, featuring short, bite-sized videos behind why some of the world’s most famous companies fail

If you’ve ever lied awake at night wondering whatever happened to Sbarro, this is the channel for you!

19. Caught in Providence, the channel of a traffic court in Rhode Island

“I am a huge fan of Korean/Japanese talk/game shows. I recently stumbled upon this guy’s channel and a few like him. Lot’s of laughter to be had if you’re into this sort of thing!” – Krosscut

23. Best Dressed, if you were ever curious about what a really smart but relatable 21-year-old’s life is like

24. Primitive Technology, a channel that might actually make you romanticize the survivalist lifestyle??

Leave some of your own recommendations in the comments below!