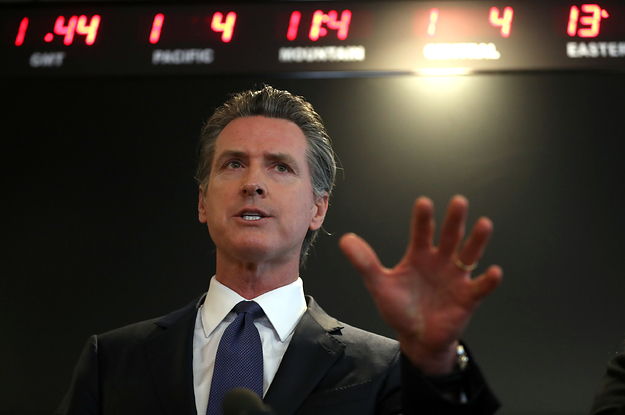 All Californians, nearly 40 million people, have been ordered to stay at home except for when it is absolutely necessary for them to leave “until further notice” to help slow the spread of the novel coronavirus.

Gov. Gavin Newsom announced the order late Thursday just an hour after officials in Los Angeles County, the most populous county in the US, issued a similar mandate. Earlier this week, their Bay Area counterparts handed down similar “shelter-in-place” orders, the strictest measures taken in the country so far.

The Los Angeles order, which will stay in effect until at least April 19, requires all businesses, including museums, malls, retail stores, and workplaces, to stop operations and only allows people to leave their home for “essential activities,” like to pick up food, go to the doctor, or take a walk in the neighborhood. It will take effect midnight Thursday, though businesses will have an additional day to prepare to close.

“We’ve already radically changed how we live in Los Angeles,” Mayor Eric Garcetti said during a press briefing announcing the order. “We need to be painfully honest tonight that we’re about to enter into a new way of living here.”

The state’s order, which does not have a set end date, includes exemptions for public safety and health care operations as well as other essential services, including laundromats, grocery stores, and restaurants that offer takeout or delivery. But even those essential businesses will need to incorporate social distancing practices — keeping 6 feet of space between individual employees and customers, officials said.

Like the orders announced by health officers in Alameda, Contra Costa, Marin, San Francisco, San Mateo, and Santa Clara counties and the city of Berkeley on Monday, violations of the state and Los Angeles orders would be punishable as a misdemeanor.

“This is not shelter in place like a school shooting, this is stay at home because you’re safer at home,” Garcetti said. “This is not a request. This is an order.”

Under state law, violations of the order are punishable by a fine of up to $1,000 or by imprisonment for no more than six months — however, Newsom and local officials have stressed they do not plan to have police handling enforcement.

Earlier on Thursday, Pennsylvania Gov. Tom Wolf ordered all businesses except those that are “life-sustaining” to shut down until further notice. Under that order, only businesses deemed critical, like grocery stores, gas stations, and transit operations, may continue to operate. Establishments that are found out of compliance of the new rules could face enforcement actions, Wolf said.

The Los Angeles order came hours after the county announced its second death from COVID-19, the disease caused by the coronavirus, and 40 newly confirmed cases, bringing the county’s total number of infections to 231. The deceased was a person in their thirties with underlying health conditions from an unincorporated area outside of Pasadena.

“This is a disease that can strike almost everybody who lives here in LA County, and there is no security in thinking that you’re either not gong to be affected or don’t have the responsibility to protect others,” LA County Public Health Director Barbara Ferrer said. “Each one us on any given day can be carrying this infection.”

Across the state of California, health officials have confirmed 675 cases of COVID-19 and 16 deaths from the disease as of Wednesday evening, behind Washington state and New York, where more than 5,000 cases have been confirmed.

21 “Tangled” Jokes Because Rapunzel Was The Queen Of Quarantine
Expert Testimony: Ex-Parolees Tell America How To Handle Home Confinement