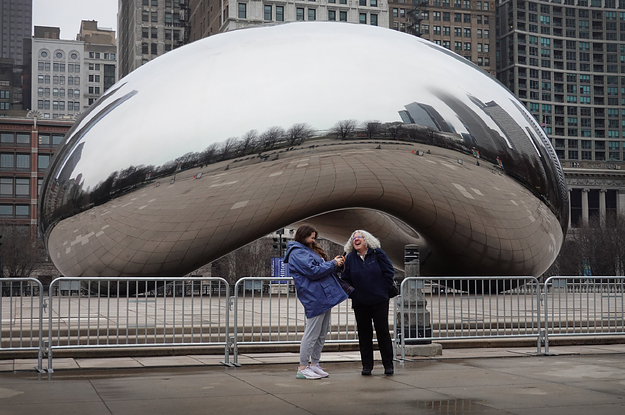 All people in Illinois will be ordered to stay home and all nonessential businesses will close as the fifth-largest US state’s coronavirus case count climbs and more people are dying from COVID-19, Gov. J.B. Pritzker announced Friday.

“To avoid the loss of potentially tens of thousands of lives, we must enact an immediate stay-at-home order for the state of Illinois,” the governor said at a press conference.

The order, which will go into effect on Saturday at 5 p.m. local time and last until at least April 7, will mean everyone in Illinois should stay home unless they work in an essential business such as a supermarket, pharmacy, or hospital.

Gas stations and grocery stores will remain open for people to use, and the governor said there was no need to rush to such places now to hoard supplies.

Residents will also still be allowed to go outside to exercise or walk their pets.

But nonessential stores, such as restaurants and fashion retailers, will all be closed.

The governor said he decided to take the step after consulting scientists and experts on how to halt the spread of the virus.

Pritzker said he preferred people to enforce the rules themselves, but he said he has asked police to “monitor for violations and take action — but that is not an option that anyone prefers.”

In the weeks since Pritzker issued a disaster proclamation on March 9 over the coronavirus outbreak, cities across Illinois have instituted strict orders for businesses and services to close.

Chicago public schools, the third-largest school district in the country, will be closed until at least April 21, Mayor Lori Lightfoot said this week. The Trump administration announced Friday that standardized testing will not happen this year because most schools have closed over the coronavirus.

Lightfoot also announced Friday all city parks and libraries would close on Saturday.

Pritzker’s order comes after the governors of California and New York announced similar measures to limit the spread of the coronavirus in their respective states. Nonessential businesses have been ordered to close, and residents have been directed to stay at home as much as possible to prevent the coronavirus from spreading to catastrophic levels.

The Trump administration has come under fire for its initial slow and inadequate response to the coronavirus threat, including from many state governors, who say the administration failed to take the pandemic seriously from the beginning.

Last week, Pritzker also criticized the president on Twitter for the crowds and long lines at Chicago’s O’Hare airport that resulted from Trump’s ban on travel from Europe.

The US now has more than 14,000 confirmed COVID-19 cases, even as inadequate testing obscures the real numbers.

Before Friday, Illinois had at least 423 cases and 4 deaths.

But Pritzker opened his press conference Friday by announcing yet another Illinois resident had died: an unnamed Cook County woman in her seventies.

“May her memory be a blessing,” he said.

You Can Only Pick One Leading Lady In This Rom-Com Quiz And Sorry, But It’s Really Hard