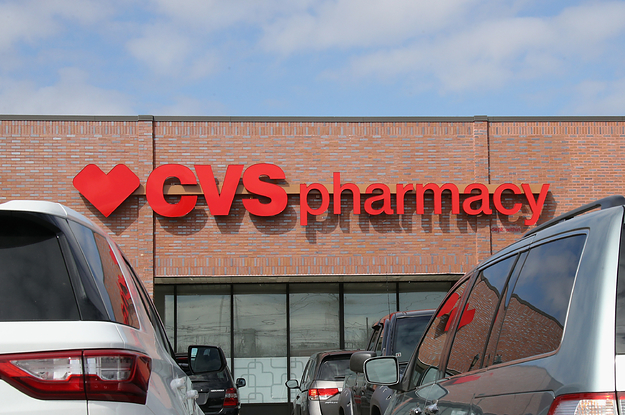 WASHINGTON — With several states under shelter-in-place orders, thousands of nonessential businesses closed, and millions of people self-quarantining due to the coronavirus outbreak, workers at grocery stores and pharmacies are on the front lines, staffing some of the few essential businesses remaining open as the pandemic spreads.

For many people across the country, CVS is one of the last open places to pick up food, cleaning supplies, and medication, staffed by employees who are risking their health to keep the pharmacies open.

But some CVS employees say the company isn’t doing enough to protect them from getting sick while working through the outbreak. Workers from stores in several different states — including New York, which has the highest number of cases in the nation — said they are working without masks and gloves and running low on vital cleaning supplies. (Employees at Amazon and Costco have voiced similar concerns to BuzzFeed News.)

Many of the 12 employees who spoke to BuzzFeed News asked to be kept anonymous, saying they were worried the company would retaliate against people who spoke publicly about their concerns.

“There’s one little box of gloves. I don’t know if they’re still there,” one 21-year-old Virginia CVS employee said in a recent phone call. “But other than that, it’s like, literally nothing. There’s some spray bottles [with powered cleaning mix] … but that’s about it.”

The worker said he had asked his manager if the company is going to provide any additional cleaning and health supplies and couldn’t get a clear answer. The air conditioning in the store has also been broken for several months, he said, and hasn’t been fixed despite the pandemic.

“Who knows who’s gonna have the coronavirus,” he said. “From higher-ups, it’s kind of like business as usual. It’s scary, I’m always going in the bathroom and washing my hands.”

The Virginia employee said he doesn’t want to go into work because he’s increasingly worried about getting sick, but he needs to get paid, so he continues to go in. “I’m not really, like, confident in like my higher-ups to kind of protect me,” he said.

Another employee, a 33-year-old working in a New York store, told BuzzFeed News in a Twitter DM that they did not have gloves or masks until this week, when there were already thousands of cases in the area.

“We are limited on our cleaning products,” they wrote. “I know we had a single bottle of Lysol spray, which I finished using three days ago, since we’re constantly cleaning the counters. We can’t clean after every person though, there is simply no way to do so.”

Last week, the New York employee said, a customer came in and said they had tested positive for COVID-19, the disease caused by the coronavirus, but that they had no one to come pick up their medication for them.

“When I was told this, I was, thankfully, across the pharmacy. But I did make sure to tell the person checking her out, where I was sure the customer wouldn’t hear or know what I was doing,” they said. “I had the other tech move to another register once he was done with her — so I could clean up. I cleaned the whole counter down with Lysol and the area [where the customer had] been standing waiting, as well as where she’d spoken to the pharmacist.”

That night, the employee said, a manager called corporate about the incident and was on hold for two hours. Later, the manager told the employee who spoke to BuzzFeed News that the store would stay open and they would continue to clean the same way they had been.

The employee said they are concerned about what might happen, especially because they live with their parents, who are both over 60.

“The company as a whole seems to not honestly care about people’s health, as they say they do, but rather profits,” the New York employee wrote. “In a crisis like this they shouldn’t be caring about that as much. They would rather keep us open, not limit people, or anything which may put even a dent into the profits.”

It’s not just employee health on the line, the person noted, writing, “I worry if they wind up sitting and waiting for medication who they may come into contact with. Someone elderly? A cancer patient? A mom with a young child?”

“The biggest challenge we’re having is access to personal protective equipment, like masks and gloves,” Merlo said in a recent interview with Barron’s. “We’ve been pursuing all avenues to secure those products. We’re prioritizing highly impacted areas to get those products to our pharmacists, technicians, and front-line employees. But there’s more work to be done on that.”

In an email to BuzzFeed News, Mike DeAngelis, CVS’s senior director for corporate communications, said that all store employees are receiving masks this week and that they have instituted hourly protocols for cleaning hard surfaces and “more frequent cleaning of commonly handled items.”

“Pharmacies are a critical resource for communities across the country, and we’ll continue to be here for customers and patients in these trying times,” DeAngelis wrote. “We’re working around the clock to increase availability of supplies and update protocols to ensure our stores are safe for employees and customers alike.”

In a follow-up email, DeAngelis added, “We are providing our stores with the necessary cleaning supplies and re-supplying as needed.”

CVS has eliminated delivery fees for medication, and employees said they hope people will take advantage of the service instead of coming into the stores. Others said they wanted to institute curbside pickup so employees with protective gear could deliver prescriptions and other products from the store to people in their cars.

Other CVS employees said they felt management and the company is at least trying to keep employees safe. Jason Reinhardt, a CVS employee in Murrieta, California, said employees at his store have gloves and hand sanitizer.

“I would like for them to provide [us] with masks during this time, but I understand the difficulties in obtaining them in a crisis,” Reinhardt said in an email.

But another California employee said there’s no requirement that employees wear gloves or masks, adding that he thinks it is up to the pharmacists in any given store to decide whether employees have to wear them. (CVS did not respond to a BuzzFeed News question about whether this is the case.)

Linda Fajardo, a 20-year-old CVS employee in Pembroke Pines, Florida, said her manager recently instituted a system where employees write down everything they touch to help the staff clean effectively. Employees at her store don’t have masks yet either, but so far Fajardo said they have enough cleaning supplies to sanitize as needed. She said she has also started a system for herself where she doesn’t touch any products when she rings people up and has customers bag their own purchases.

“I feel actually kind of comfortable about it. We were keeping up very well with the sanitation of everything,” she said. “People actually follow the rule — it’s a 6-foot rule — that everyone actually stays their distance … A lot of the customers come in with their gloves and their masks and they’re actually sanitizing as they pick up the products as well.”

Another employee said they would like the company to allow them to hang signs saying what products they’re out of (like hand sanitizer, cleaning wipes, and gloves) and when the next shipment will come, to keep people looking for them out of the store until the products are stocked.

“You would think that these signs would be helpful in reducing the spread of COVID-19 and promote social distancing. It gives some of us a mixed message,” the employee wrote in a DM. “The message I am getting is that they want us to practice self distancing, protect ourselves and the public from getting sick, and limit the amount of people at the stores but at the same time they want profits, aka people coming into the store and buying something.”

The same employee said they have no masks provided to them at their store, and if they want to wear them, they have to bring their own.

Many employees said they’ve been using the CVS subreddit to vent their frustrations. The page is riddled with horror stories from CVS employees around the country.

“Before my shift at 3pm today we found out one of our Pharmacists has tested positive. Steps were taken and our upper management has said ‘It’s alright. She hasn’t been at the store for over 5 days,’” one user wrote this week. “My [store manager] was in close contact with them for over 45 mins the day before she came down with all the symptoms…which in turn we’ve been in close contact with our SM. So my store will continue operating even though a fair number of us have all been exposed. No cleaning or closing, just keep tagging seasonal.”

In addition to concerns about safety and cleanliness, many employees said they’re confused about when and if they will get bonuses promised by CVS.

“First time I’m hearing of this as it hasn’t been discussed at my store,” the Virginia employee said in a text message. A California employee said they’d heard talk about bonuses as well, but added, “I’m not too sure about that, if it’s just a rumor or actually true.”

The 33-year-old New York employee said they hadn’t heard any details either.

“I know I’ve seen a petition going about, for CVS workers to sign, asking for hazard pay,” they wrote. “The bonuses they are saying we’ll get won’t be till May. But what about right now? What about people at risk of getting sick? What if they get sick and rack up bills?”

In an email, DeAngelis, the CVS spokesperson, wrote, “The bonuses were just announced this week and further details will be communicated directly to employees.” But the New York employee thinks that, at this point, it might all be too little, too late.

“We’ve seen on the news what was happening in other countries,” they said in a message. “Why did CVS wait and drag their feet on things? We knew it would hit us and we could predict it would hit bigger cities hard. Why not act fast? … I think we could have really taken a spotlight role, but we failed to.”

28 Products To Help You Have Better Hair This Year