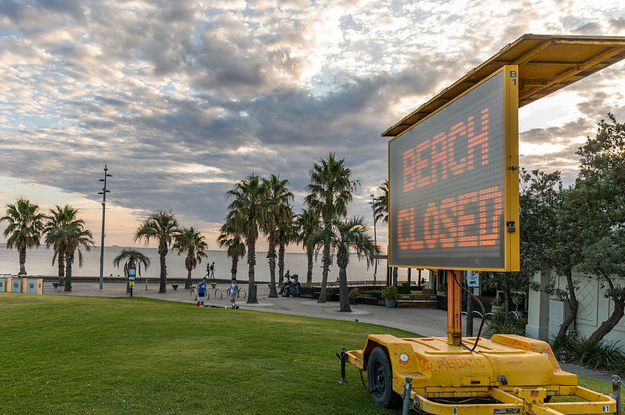 Yet another set of rules aimed at slowing the spread of the new coronavirus in Australia have been announced by prime minister Scott Morrison.

Last week, a number of businesses were forced to close their doors and Australians were urged to stay home unless they had to go out.

Morrison laid out clearly what people should be leaving the house for. There are four justifications: shopping for necessities; medical care or compassionate visits; exercise; or going to work or education if you cannot do so from home.

The strong advice to people aged over 70 is to stay at home and self isolate, period. The same applies if you’re 60+ and have a chronic illness, or if you are Indigenous and aged 50 or over. (Such people can go out for fresh air, Morrison said, but should limit contact with others as much as possible.)

Public gatherings are limited to two people — but the restriction doesn’t apply to households. So if, say, you want to go for a walk with your partner and child, and you all live together, that’s OK. Or if you wanted to go for a jog with your housemates. But if you’re meeting up with someone you don’t live with, it’s one person max. This applies outdoors and indoors — so at the park, or at the shopping centre, Morrison said.

But… it doesn’t apply to weddings and funerals, where the restrictions of five and 10 respectively still apply.

The week of 10-person boot camps is over, and we’re now down to two. As Morrison said: “Which doesn’t really make it a boot camp, it makes it a private session with your trainer.”

States and territories are expected to make announcements on how and if these restrictions will be enforced in the coming days.

Playgrounds, outdoor gyms and skate parks will be closed from Monday.

Morrison also announced a moratorium on evictions for six months for people unable to meet commitments due to financial stress. This applies to both residential and commercial properties.

“Now there is a lot more work to be done here and my message to tenants, particularly commercial tenants and commercial landlords, is a very straightforward one: we need you to sit down, talk to each other and work this out,” he said.

17 Grindr Messages That, Yes, People Actually Sent
These Two Men Started A Beauty Facebook Group And I Am Absolutely In Awe