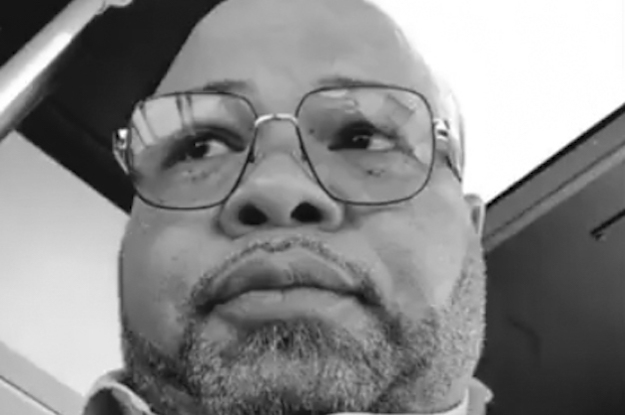 A Detroit bus driver who complained in a viral video about a passenger coughing without covering her mouth has died of the coronavirus, officials said Thursday.

In the March 21 Facebook Live video, 50-year-old Jason Hargrove said he felt “violated” after a woman coughed several times on his bus without covering her mouth.

“This coronavirus shit is for real, and we out here as public workers, doing our job, trying to make an honest living to take care of our families,” Hargrove said in the now-viral video. “But for you to get on the bus…and cough several times without covering up your mouth and you know that we in the middle of a pandemic, that lets me know that some folks don’t care.”

“There’s folks dying out here because of this shit,” Hargrove added. “Listen, I’m mad right about now, because that shit was uncalled for and I’m trying to be the professional that they want me to be, and I kept my mouth closed.”

On Thursday, the Amalgamated Transit Union announced that Hargrove had died of complications from the virus, adding that he leaves behind a wife.

Detroit bus drivers held a protest March 17 over unsafe working conditions, refusing to go to work and causing bus service to be canceled throughout the city. Within 24 hours, the city complied with their demands, promising extra cleaning for buses, waiving fares, and directing passengers to enter and exit using the back doors in order to protect drivers’ health.

In a press conference, Detroit Mayor Mike Duggan said Hargrove was infected before they closed the front doors of the bus to passengers, and said “everybody in Detroit and everybody in America should watch” his video.

“Some of his language is graphic, but I don’t know how you can watch it and not tear up,” Duggan said. “He knew his life was being put in jeopardy, even though he was going to work for the citizens of Detroit every day, by somebody who just didn’t care — somebody who didn’t take this seriously — and now he’s gone.”

A spokesperson for the Detroit Department of Transportation told BuzzFeed News officials are “devastated at the loss of Jason Hargrove and our hearts go out to his family.”

“As Jason’s haunting video makes clear, we need for all members of the public to respect our drivers and avoid public transportation if they are not feeling well,” the spokesperson said. “If you are on a bus and do have to cough, keep a safe distance and ​please cover your mouth.”