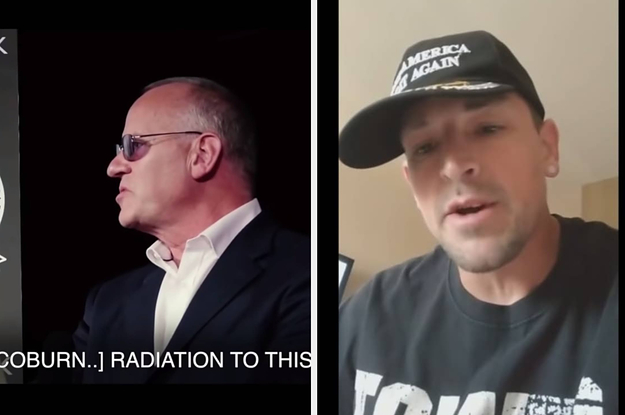 The paranoia about 5G — the industry term for the fifth generation of wireless communications infrastructure — has risen for the last few years, but as the world battles the pandemic, a baseless hoax has spread that the technology that runs cellphones could secretly be causing the outbreak.

On Wednesday, actor Woody Harrelson posted about the conspiracy theory on his Instagram, writing, “a lot of my friends have been talking about the negative effects of 5G.” On Thursday, a 5G tower in Birmingham, England, went up in flames after a local Facebook group was flooded with anti-5G comments. (Local authorities said that it could have possibly been an electrical issue, but are awaiting further information before investigating.)

5G has so far rolled out in about 40 countries worldwide, most notably South Korea and China, but also in dozens of US cities, including Cleveland and Columbus, Ohio.

Before the coronavirus, fears about 5G tended to focus on cancer, the risk of which people feared could be increased from cellphone radiation. The evidence to support such a fear is weak to nonexistent, although meteorologists have worried that the technology could disrupt weather satellite forecasts.

Misinformation falsely claiming the coronavirus is a bioweapon has circulated since English-language reports of the outbreak began circulating in January. Depending on which internet rabbit hole you fall down, the coronavirus was created by the Chinese government, is part of a human depopulation scheme by former Microsoft CEO Bill Gates, or stemmed from a tainted batch of children’s blood that the world’s celebrities drink to stay young.

So perhaps it was somewhat inevitable that these two separate conspiracy theories — that 5G had some evil purpose and that the coronavirus was a bioweapon — would graft themselves onto each other.

The ever-changing nature of the global pandemic has meant that groups like New Agers, right-wingers, and conspiracy theorists, along with other misinformation communities, are both seeing huge internet traffic and need to reinvent their belief systems to fit the outbreak. These parallel news cycles give their followers a twisted, but orderly, sense of control in a genuinely chaotic moment.

According to five years’ worth of Facebook sharing data via social metrics site BuzzSumo, the majority of the most-shared links on the platform about the “dangers” of 5G are YouTube videos that were all published in the last year, starting around the same time that the British telecom company EE announced 5G service in six cities across the United Kingdom.

The UK’s early push into 5G cellular coverage has led to an especially active British anti-5G movement. In 2018, the Democrats and Veterans Party, an offshoot of the British far-right political party UKIP, hosted at their party conference British YouTuber and conspiracy theorist Mark Steele, whose speech on the dangers of 5G is featured regularly in conspiracy theory videos. The dangers of 5G were also a major talking point in the 2019 election for UKIP and its supporters.

One of the largest Facebook groups for the movement is the Stop 5G U.K. group, which has over 50,000 members, where rumors that the tower had been set on fire on purpose spread as soon as Friday.

“Get me a saw, I’ll cut the fuckers down, the elite have had this planned for years, people are starting to wonder now, we all need to stand up and be counted,” another commenter replied.

And a video by a supposed former manager at British telecom company Vodafone, based in the UK, went viral, claiming COVID-19 wasn’t a disease caused by a virus but rather the human immune system reacting to 5G radiation.

The most-shared video on Facebook about 5G was published in June 2019 by the YouTube channel Yebo, and it has 3.8 million views on YouTube and 270,000 shares on Facebook. It purports to be a video leaked from a whistleblower who works on 5G cellular towers — who wears a Make America Great Again hat in the video — warning people about the technology’s dangers.

The second most-shared video is from a verified channel with 6.45 million subscribers called Be Inspired. The video, which has over 153,000 shares on Facebook, is from May 2019 and collects quotes from British conspiracy theorist David Icke and claims 5G will cause a disaster “bigger than Chernobyl.” Be Inspired recently added a new quote to the video: “5G is worse than coronavirus.” Its two biggest referrals are from March 2020, from the Facebook groups Galactic Federation of Light and the Mindvalley Community.

The uptick in engagement that Be Inspired’s video received reflects a larger explosion in interest around the conspiracy theory in the wake of the coronavirus outbreak.

The most-watched anti-5G video on YouTube currently, according to BuzzSumo, is a Russian-language video titled “Here’s Why 5G Is Dangerous.” Published in January, it has been viewed 1.2 million times.

A YouTube video titled “5G Bill Signed Into Law While Everyone Is Distracted By Coronavirus,” by the channel The Last American Vagabond, has been watched over 800,000 times since it was published last week and has been shared over 120,000 times on Facebook — its biggest referral being a chemtrails Facebook group. The video claimed that the coronavirus quarantines are being used to secretly install 5G technology in schools in California.

“They have just set off phase 2 of their depopulation AGENDA,” one commenter wrote beneath the video. “This is a MILITARY WEAPON PERIOD!”

There are countless more of these kinds of videos being shared on Facebook right now, with commenters connecting the supposed dangers of 5G to the real dangers of the coronavirus. Eight out of the ten most-engaged-with Facebook posts in the last six months about 5G were either a video or article warning people that 5G was dangerous and relating it to the pandemic.

Earlier this week, conspiracy theorist Alex Jones connected 5G to a popular QAnon theory that April 1, 2020, would be the start of “10 days of darkness” — or an electricity, internet, and social media outage signaling the end of the world.

Almost nothing QAnon supporters believe is original. Their sprawling conspiracy theory that the president is waging a secret war against the deep state is full of repurposed and contradictory beliefs lifted from other communities. Q followers have recently latched on to 5G in the same way. One QAnon influencer tweeted a thread last week sharing a screenshot from an article about the health effects of electromagnetic radiation, claiming they are similar to the symptoms of COVID-19 (they are not), and arguing that Italy’s high infection rate is because the country has the most 5G-enabled cities in Western Europe.

“The media will tell you it is a conspiracy theory,” they wrote. “That should indicate you are on the right path. Live in a higher mind and research!”

British hotelier John Mappin, who, in January, raised a QAnon flag over his castle, has tweeted about his desire to see the world health community investigate the 5G–coronavirus connection (which does not exist).

On Thursday, Mappin shared the same video as Woody Harrelson. Both Mappin and Harrelson claimed it was footage of Chinese citizens destroying 5G towers. It wasn’t. It was footage from last year’s pro-democracy protests in Hong Kong.

That didn’t stop Mappin from tagging President Trump and a slew of other right-wing influencers in his tweet. “The Chinese are destroying their 5G towers,” he wrote. “They know.”

The CDC Is Encouraging Americans To Wear Face Coverings In Public. Trump Said He Won’t Wear One.
The FDA Reversed Itself And Has Now Approved KN95 Masks For Emergency Use

Wanna Know Your True Aesthetic? Choose Some Baby Names To Find Out

If You Like Music At All, You Should Get At Least 20/24 On This Quiz