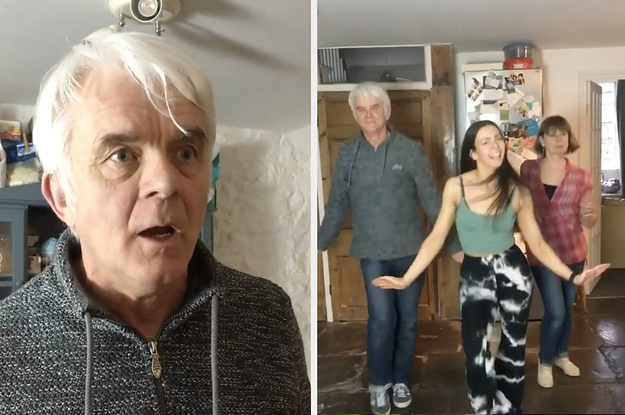 Paul told BuzzFeed News: “It felt strange revisiting a performance from 21 years ago (I had a lot of notes for myself) but it was such a laugh trying to lip sync to a much younger energetic, faster speaking version of me! Also attempting choreography that most of the time passed us by as the Dad’s was a hoot. Apparently my ‘double time bevels’ are a thing to die for.”

His short performance has also impressed his peers and been the talk of the original cast’s WhatsApp chat — yes they have a group chat, and I absolutely want to know what they talk about.

Paul said: “The response has been amazing. The ‘Mamma Mia Originals’ have our own WhatsApp group chat and we still talk regularly, their response has been brilliant. Also my colleagues and the students at Bristol Old Vic Theatre School have seen quite another side of their Head of Acting Courses. I think it’s been so well received because Mamma Mia! is such an iconic, fun show with its tongue placed firmly in its cheek and I think the vid does the same. We are also having a ball performing it!”

How To Plague: Advice On Laid Off Friends, Gift Cards, And Disinfectant Wipes
12 Famous Cartoons That Look Astonishingly Different In Their First And Last Episodes