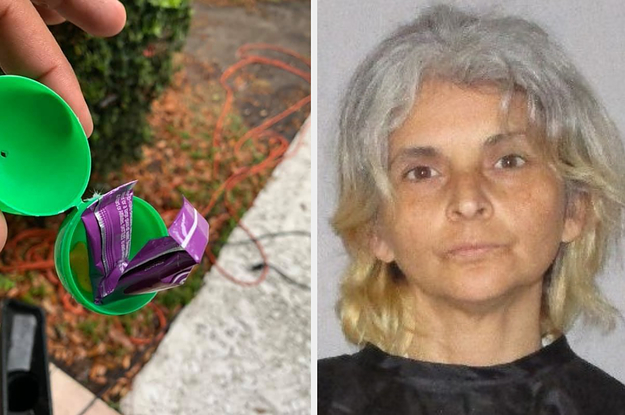 Abril Cestoni, 42, was arrested Wednesday after she admitted to distributing the eggs and claimed she was “educating people,” the Flagler County Sheriff’s Office said in a Facebook post.

A bag of pornographic material was found inside Cestoni’s car, and she told deputies that she had distributed more than 400 pamphlets throughout the county over the past few days, the sheriff’s office said. The plastic Easter eggs also allegedly included non-threatening references to county buildings and various other items.

The Sheriff’s office asked for the public’s help in a Facebook post Monday after a caller reported finding an Easter egg in their mailbox containing “a cracker in the shape of a fish, one sheet of toilet paper, a powdered drink mix, and a crumpled up piece of paper containing pornographic images.”

“Our team did a great job in tracking this deranged offender down and taking her into custody,” Sheriff Rick Staly said in the statement. “Thankfully she did not appear to be sick with COVID-19 symptoms, but she certainly needs some help.”

Cestoni was charged with 11 counts of Distributing Obscene Material, as well as driving with a suspended license. She was also charged with violating Florida’s stay-at-home order for travel not related to an essential activity.

Justin Bieber And Kendall Jenner Are Facing Backlash For Their Tone-Deaf Conversation On Instagram
19 Pop Culture Facts I Find Unbelievably Interesting, Even Though I’m Not A Baby Boomer