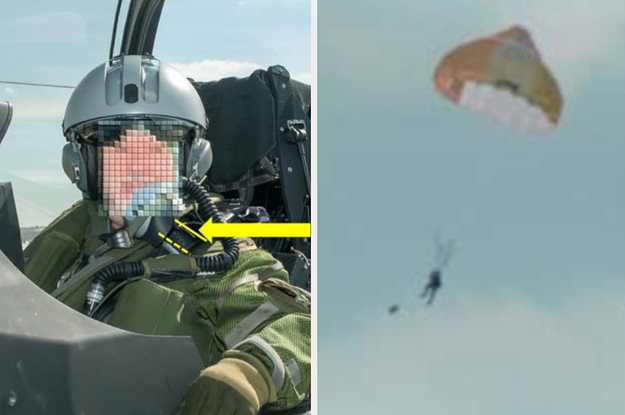 The 64-year-old manager at a French defense manufacturer had no experience flying in a fighter jet, nor had he ever expressed any desire to do so.

But when his colleagues surprised him with the gift of being a passenger in a military jet fight, he felt he couldn’t say no. They had obtained special ministerial approval. He didn’t want to be rude.

But he was terrified.

The gift was sprung on him that very morning. He had just hours to mentally prepare himself.

A doctor performed a medical examination, which should have taken place 10 days before, just four hours before takeoff.

The man listened, stressed and confused, during a safety briefing when he was informed on how his ejector seat worked.

His heart was racing as he entered the cockpit. His smart watch recording it beating 136-142 times a minute.

He was so nervous he didn’t properly check his safety equipment.

And then soon enough, they were taking off, piloted by a veteran French military pilot with more than 2,000 hours of flight time experience.

As the pilot leveled off and the plane was subjected to a negative gravitational load factor, which can create the feeling of being upside down, the passenger reached for something to hold onto, but inadvertently grabbed the ejector handle.

He was, of course, flung into the air.

These are the findings of a new French government report released last week cataloguing a comedy of errors that led up to the incident on March 20, 2019.

The Dassault Rafale B jet had taken off from an airbase in Saint-Dizier, eastern France, as one of three jets participating in a training exercise.

The man’s colleagues had obtained ministerial approval for him to be taken for the ride-along. Investigators said he felt a huge amount of “social pressure” to accept the surprise gift.

But despite his inexperience and stress, the passenger was mostly in charge of securing himself in the cockpit.

This meant when they took off, his helmet had not been properly secured so it went flying in midair when he was ejected.

Investigators found that neither the passenger nor the pilot had been told that the doctor who examined the man recommended he not be subjected to a negative load factor.

They believe he pulled the handle as an involuntary reflex.

“Discovering the feeling of the negative load factor, the insufficiently strapped and totally surprised passenger held onto the ejector handle and activated it unintentionally,” investigators wrote.

The man’s parachute deployed and he landed in a field, sustaining minor injuries that required him to be taken to a hospital.

Despite the jet normally ejecting both passenger and pilot when one of them pulls the ejector handle, the mechanism failed and only the passenger went flying.

This mean the pilot remained in the cockpit and was eventually able to safely land the plane back at the air base.

Despite the report’s many findings of technical and procedure failings, the very first thing investigators highlighted as the cause of the incident was the stress and surprise the man felt thanks to his well-meaning but ill-advised colleagues.

“This situation generated a feeling of stress for the passenger,” investigators wrote, “which was particularly felt during the ejection seat briefing where he had to absorb a large amount of information in a very short time.”