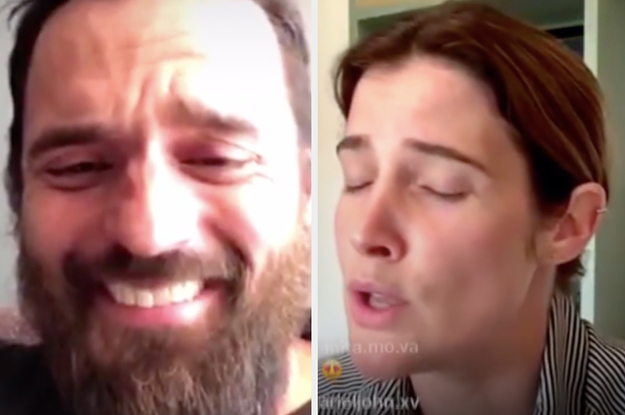 Now you’ll have the song stuck in your head!

Who can forget that iconic Canadian pop gem by Robin Sparkles? It’s impossible not to sing along to it!

In an episode of Vulture’s Instagram Live series Two Friends: A Nice Time Hanging Out With People Who Know Each Other Well, Stumptown co-stars Cobie Smulders and Jake Johnson shared some adorable bonding time. But Cobie’s fans had a particular request in the comments: They wanted her to sing “Let’s Go to the Mall.”

“Do you know it? I’m putting you on the spot, do you remember it?” asked Jake, indulging on making fans wishes come true. Cobie responded, “Yeah, I definitely know the beginning of it.”

So obviously, like any of us who watched HIMYM, Jake wasn’t going to let Cobie not sing it, saying “I don’t want an ‘I’m kind of shy’ six! Give us a goddamn ten! We’re all living [through] COVID-19, give us a damn ten!”

I’m so thankful Jake convinced her, because she did it! Sadly, Cobie only sings the beginning instead of the chorus, but hey, it’s good enough for me!

Now I’ll have “Let’s Go to the Mall” stuck in my head for who knows how long! Thanks Jake!

“The Room Is Like A Jail”: This Man’s Workout Landed Him In COVID-19 Solitary Confinement
3 Ways To Fold And Store A T-Shirt Like A Pro