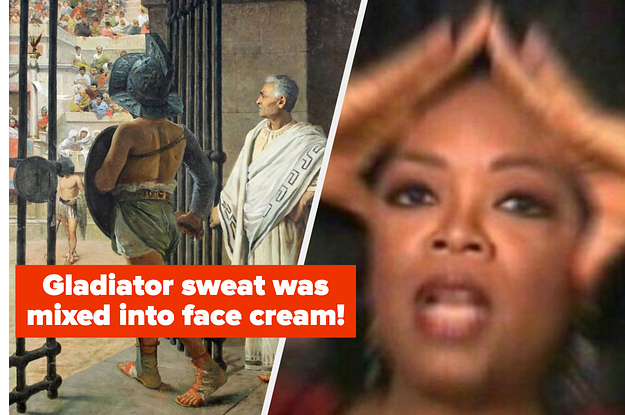 1. In the thirteenth century, Pope Gregory IX basically declared war on the cats of the world.

3. And while we’re on the subject of tomatoes, ketchup was once actually sold as medicine.

5. In Victorian England, people used to take pictures of their dead relatives in lifelike positions to keep as mementos.

7. Before alarm clocks became the norm, there were people called knocker-uppers who would literally knock on people’s window to wake them up in time for work.

8. Lord Byron kept a pet bear in his dormitory while studying at Cambridge.

11. And the wonders of stale urine never seem to cease, since it was later used to make coloured dyes brighter and more effective!

12. Roman gladiators often became celebrities and even endorsed products – a lot like athletes do today!

13. And their sweat was considered an aphrodisiac!

14. Stalin would literally have his photos retouched to remove people that he didn’t like.

15. Between the 11th and 19th century, a number of Buddhist monks successfully mummified themselves.

16. A novel about a seemingly ‘unsinkable’ ship that was hit by an iceberg was published in 1898 – 14 years before the Titanic sunk.

Meet Big Poppa, The Bulldog Who Went Viral Because Of His Quarantine Sadness
18 Reality Shows That Will Suck You In And Take Your Mind Off Everything Else

Here Are 15 Painful Cooking Mistakes — How Many Are You Guilty Of?

16 Scary Movie Moments That Actually Made Me Say, “Wait, That’s So Clever”