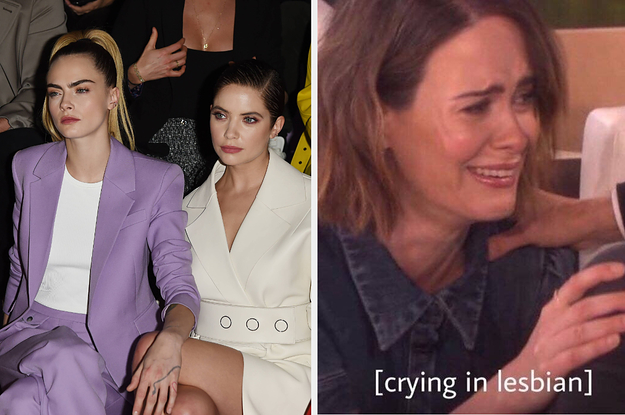 EXCUSE ME. But my lesbian group chat and I need a moment of silence, because according to People, Ashley Benson and Cara Delevingne have broken up.

I know this doesn’t just affect us gays, but it has hit me hard.

Except for my one friend who has no heart but makes a good point.

I mean, it was just a couple of weeks ago that they were making TikToks together in quarantine.

I HONESTLY THOUGHT THEY WERE GONNA MAKE IT.

But alas, they have not. I obviously have no idea why they ended things, but a source told People, “Cara and Ashley always had their ups and downs before, but it’s over now. Their relationship just ran its course.”

And apparently they ended things in April, mere weeks after they went shopping at Erewhon with their foster puppy.

So yeah, Ashley Benson and Cara Delevingne have allegedly broken up and now I must mourn. Au revoir.

Here Are 12 Fall Things Everyone Has An Opinion On, But Are Yours The Same As Everyone Else?