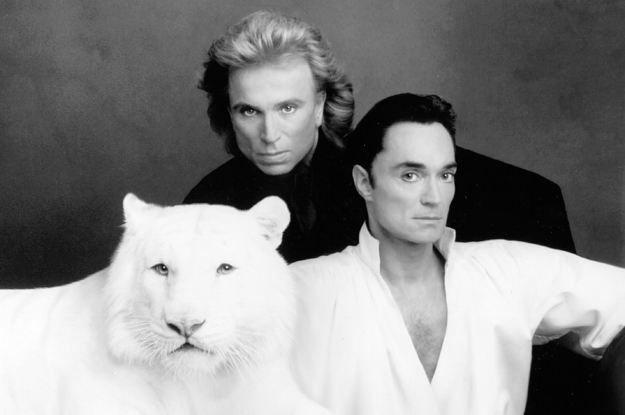 People around the world are remembering family and friends who have died during the coronavirus pandemic. BuzzFeed News is proud to bring you some of their stories. To support our coverage, become a member and sign up for our newsletter, Outbreak Today.

Roy Horn — one half of the tiger-toting and extravagant German magic duo Siegfried & Roy, who became world-famous for their Las Vegas nightlife show — died Friday of the coronavirus. He was 75.

Horn died in the Mountain View Hospital in Las Vegas, according to a media statement to several news outlets.

“Today, the world has lost one of the greats of magic, but I have lost my best friend,” Siegfried Fischbacher said in the statement. “From the moment we met, I knew Roy and I, together, would change the world. There could be no Siegfried without Roy, and no Roy without Siegfried.”

Responding to Horn’s death, magician David Copperfield described him as “a wonderful artist, a legend.”

“Roy gave so much to entertainment and our community,” he tweeted.

Horn was born in Germany in 1944 as Allied bombs rained down toward the end of World War II. His mother, Johanna, left her three other children in a basement in order to cycle through the carnage to her sister’s place to give birth, according to the magicians’ website biography.

At a young age, he befriended his family dog, Hexe, while his stepfather struggled with alcoholism and the family sank into post-war poverty.

“I was a prince and Hexe was my unicorn,” Horn said. “We ran, we flew; out there we knew no boundaries—we were free.”

Sensing his affinity with animals, his mother’s friends organized for Horn’s birthday for him to have access to a zoo where they served as patrons. It was there that Horn grew an affinity to the zoo’s tiger and cheetah, beginning his love for wild cats.

While working as a waiter on a cruise ship in the late 1950s, Horn met Fischbacher, who had been working performing magic shows, and teased him that his show needed scarier animals to be more entertaining.

It was the beginning of a multi-decade partnership that saw them tour first the seas, then Europe, then North America, and the world with their levitating tigers and vanishing elephants.

A 1989 New York Times piece on the pair described their show as “a sorcerer’s extravaganza, a pageant of Las Vegas glitter and circus glitz.”

The performance involved 55 cast members, 24 big cats, an elephant, a python, and an understudy python “just in case.”

The pair established a decades-long residency in Las Vegas and were even parodied on The Simpsons.

In 2003, Horn was attacked by a 600-pound white tiger during a show at the Mirage Hotel in Las Vegas. The animal mauled his neck and dragged him offstage, as crew members tried desperately to free him. But Horn was left partially paralyzed and permanently disfigured.

In 2009, after some 5,000 shows over 13 years, the pair performed one final farewell Las Vegas performance.

”We haven’t done too badly for a couple of immigrants,” Roy told the New York Times in 1989 as they performed in the city. ”When two guys come from Germany with absolutely nothing, it’s a great thing to have your name in lights at the Radio City Music Hall, don’t you think?”

Sorry, But You Can Only Pick The Original Disney Movie Or The Live-Action Remake — Which One’s Better?
Do You Have Super Unpopular Quarantine Opinions?