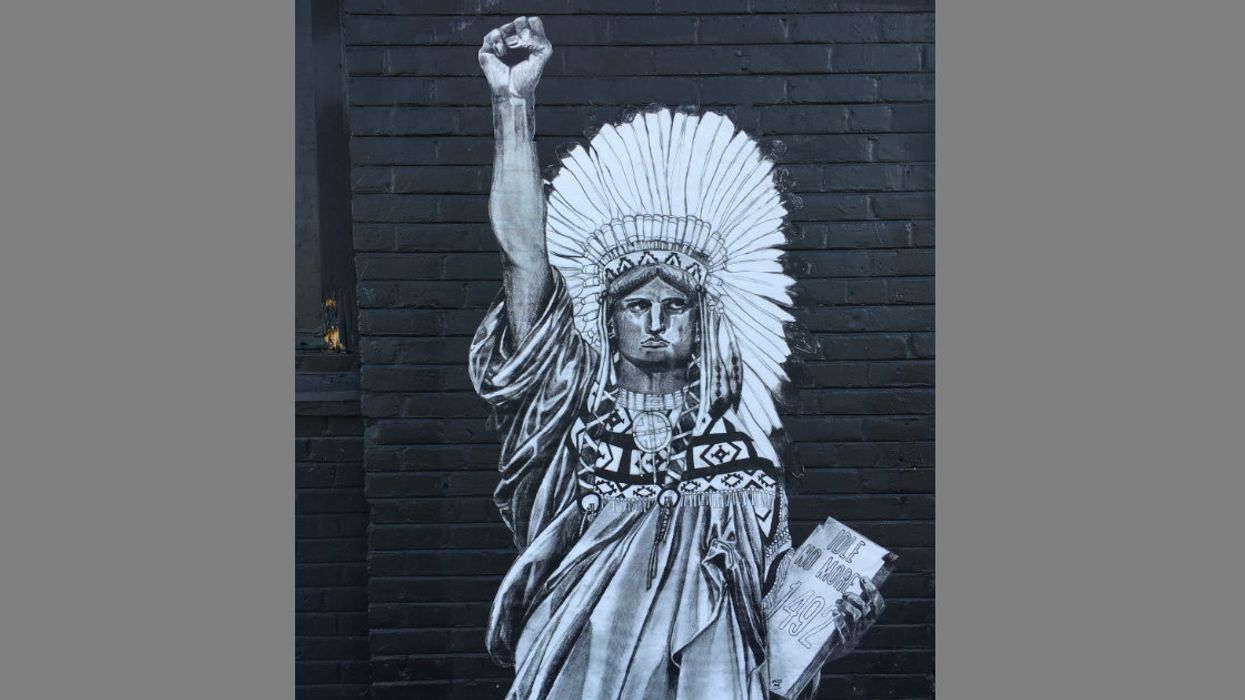 “I promise nobody cares at all. Let us have our fun and stay away from our school pride,” was what I was told when I asked a school-pride Instagram account if they would share a petition on educating students on Cherokee culture.

This is one of many interchangeable conversations that take place on the topic of honoring Native American people. My school showcases a singular problem that stems from a larger issue of negative societal views and perceptions; there are so many accounts of other political and economical impacts that take place because of the constant cultural appropriation and stereotypes that are said about this ethnic group.

In a survey published in 2018, 40% of the respondents did not believe that Native Americans still existed. With this large misconception, how can we expect that Native Americans are rightfully represented, when they are not even recognized by a population that resides on their original land? During the Dakota Pipeline Protests, in which the Sioux tribe fought to protect their land, the media finally began to shine light on Native Americans. The Sioux were recognized for their efforts in preservation, and in the end, were granted justice.

These media coverages help put out that Native Americans were still, very much alive and fighting to have their voices heard. This situation happened in 2016-2017, resulting in the pipeline being moved to a different location.

However, in recent light of the COVID-19 pandemic, Native Americans have been forgotten once more. The virus continues to disproportionately affect Native American tribes. Because Indians have less access to government funding and supplies, they have had to be twice as careful when opening and closing businesses. To protect their own, many tribes have had to close their main sources of income. Not only does this further setback Natives economically, but it also threatens their longevity. Already, Native Americans have a lower life expectancy and higher rates of poverty. This virus and lack of government aid, (because officials do not give the same attention to reservations and tribes as they do to non-Native citizens!) contributes further to the erasure of the Native American people, culture, and history.

So, what does this have to do with your school? 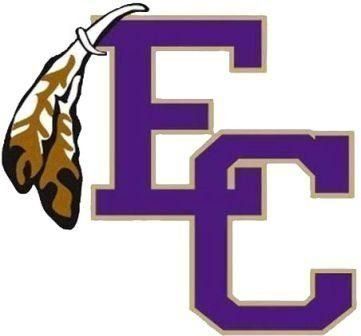 My school, East Coweta High School in Sharpsburg, GA, is part of the many schools and sports teams that use an Indian (or Native American) as their mascot. Though we (like-minded peers and I) have considered creating a petition to completely change the school mascot, we have come to a consensus in which that would be unnecessary for the purpose of changing the mascot (in our case).

After speaking with Lamar Sneed, a Cherokee Indian culture/history educator, he told us that the mascot was not offensive and was actually a way of honoring the Native American people as strong warriors. Furthermore, he talked about how the school systems, especially in high school, do little to educate its students on their local Native American culture and history. Dr. Sneed asked that students not wear headdresses or any mock “Indian garb”. The reason? By students doing so, they are disrespecting the huge symbolism and ceremonial significance that a headdress contains. Even within tribes, headdresses are not commonly given out; why should we, as non-Natives, culturally appropriate this custom? 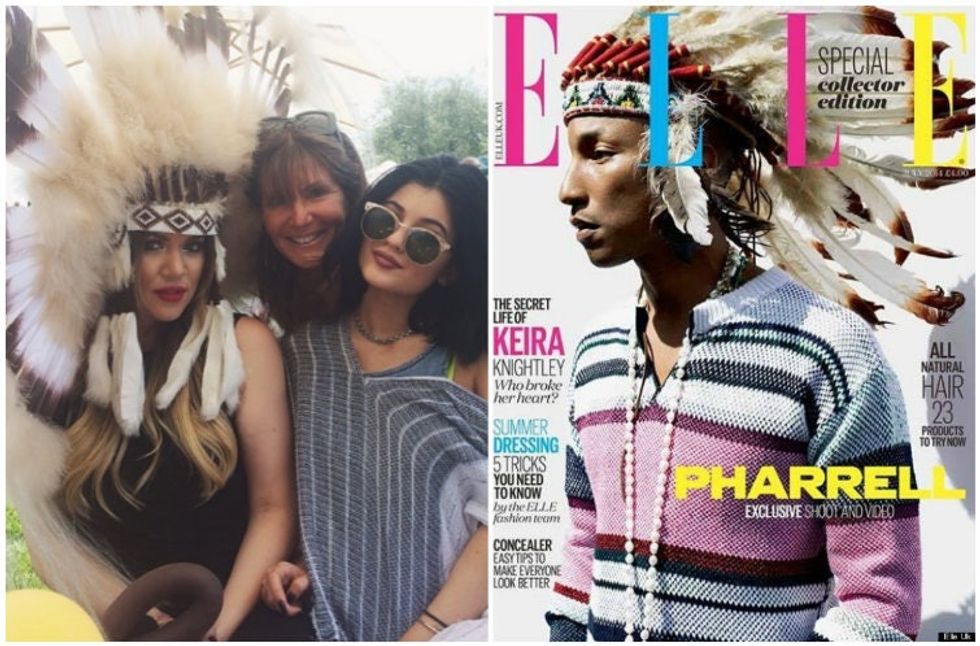 Images from Elle Magazine via Mic

The type of “Indian garb” that students wear at my school is not only a Halloween-costume type garb, but also an outdated, stereotyped clothing that further stipulates that there is only one “type” of Indian. Currently, there are over 500 nationally recognized Indian tribes, and by students continuing to wear such clothing, they only contribute to the ever-deteriorating image that blatantly states that “Native Americans are from the past” and that “there is only one tribe of Indians”. Numerous sources ( including BBC and Mic) go on to say that while students claim to be honoring the Native American people through wearing these types of clothing, they rarely know the history or background of where that clothing came from.

These continued allowances of cultural appropriation derive from a lack of students being educated on these topics. The upside is that we have a plan! This plan would involve a video created by the Cherokee Indians, educating the high school’s students on the history and culture of the Cherokee and Creek Indian Tribes, which had presided in the school’s area in past history. This video would be shared throughout the community, and eventually shown in school during orientations and homeroom periods. The plan would also include banning students from wearing Indian garb and headdresses.

By both these ideas being implemented, I believe that students would stray from making ignorant decisions, and grow as human beings to love, accept, and APPRECIATE the Native American culture, rather than appropriate it. In order to try and implement these ideas into real-life, a group of peers and I have created a petition with a goal of trying to reach 3,000 signatures. Though this may seem like not much, the town where I come from has proven difficult to sway to supporting this petition. Many say that by banning headdresses and Indian garb, that I would be taking away from my high school’s personal culture. For some people, I suppose it is hard to get rid of a normalized custom.

An example includes a petition started in opposition to the one that has been started by a group of peers and I. This petition has garnered almost 1,000 signatures (mostly from adults?) to call for my high school to continue using headdresses. The petition outlines that the reason they want to keep it, is because the headdress is my highschool’s culture (huh?). As these are grown adults signing this petition, I am shocked and saddened of the ignorance of some of the older generation. Contrary to this statement, there have been an amazing group of supporters who have shared and signed the petition. From old to young to the in between, the support has been strong enough to keep the petition relevant. As of now (me writing this), the petition has garnered a little over 300 signatures, 10% of the intended goal. My hope, as well as other supporters’ hopes, are that the petition will at least have started a conversation needed to be had on cultural appropriation and the normalization of these stereotypical forms of racism.

Yes! Not only does it grab the attention of the person who has the power to make the petition happen, but it also helps to initiate the interest of community members as well. For example, when the Sioux Tribe was fighting to keep their sacred land out of direct contact with the Dakota Access pipeline, the 370,000 signatures goaded the president at that time, Obama, to issue a response and solutions that ultimately ended in the Sioux and other Great Plains Indian Tribes finding victory and justice. The newfound pressure that comes upon the person who can make it happen, is a result of people coming together on a topic that they support. This kind of pressure is showcased through the story in which the Washington NFL team ended up dropping their previously insensitive name. So, it isn’t necessarily the petitioning itself, but rather the hundreds of thousands of people rallying together to fight for what’s right that ends up convincing the decision maker to act!

This kind of support does not magically come up on its own, unfortunately. Which is why we need the help of people outside my small community, to help others become knowledgeable of these issues and ultimately work together to do what’s right: shed light on the Indigenous people and stop cultural appropriation from within.

Hannah Lee is a student at East Coweta High School in Sharpsburg, GA

32 Things For Anyone Who Likes To Multitask While Watching Netflix