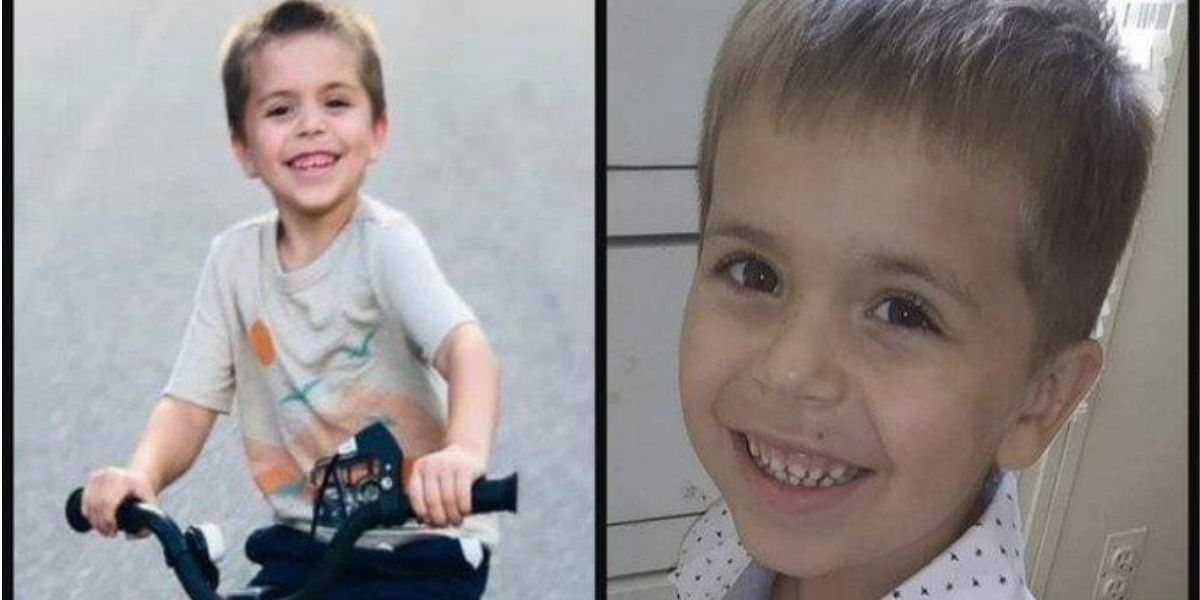 Every murder of an innocent person is tragic, but the cold-blooded killing of a child is too heinous to even think about. So when a man walks up to a 5-year-old riding his bike in broad daylight and shoots him in the head in front of his young sisters, it’s completely reasonable that people would be horrified. It’s an unthinkable and unforgivable act.

His murderer—Hinnant’s dad’s next door neighbor, Darius Sessoms—deserved to be rounded up, arrested, and charged for the killing. And he was, within hours. He deserves to be punished to the full extent of the law, and history indicates that he assuredly will be. The system is working exactly as it’s supposed to in this case. Nothing can be done to bring Cannon back, but justice is being served.

So why is #SayHisName trending with this story, when that hashtag has long been used in the movement for Black Lives? And why is #JusticeForCannon being shared when justice is already happening in this case? Why is #ChildrensLivesMatter a thing, when there’s never been any question that that’s the case?

The complaint stems from the claim that the media isn’t covering this story because the murderer is a Black man and the victim was white. It doesn’t “fit the narrative,” according to these complaints. “If the races were reversed, we’d see nothing but this story on the national news,” say people foaming at the mouth on Twitter as they point to public support for Black Lives Matter protests and ask why there isn’t a similar outrage for this little boy.

First of all, the story is being covered by news outlets. It’s a popular media attack tactic to say that the media isn’t covering a story, when it takes a 30 second Google search to find that it’s not true. National media outlets generally don’t report on individual crime cases, so them not picking up an individual murder story immediately is the norm, not an exception. But it’s certainly not being ignored.

Second of all, while every child’s murder is undeniably tragic, it happens every day. Literally, an average of three children are murdered in the United States every single day. The vast majority of these crimes don’t make headlines on the national news, because most of the time, the system works like it’s supposed to. Families suffer terribly, but murderers are apprehended and convicted. Generally, individual murders—even of children—are considered local stories unless there’s something in the story that pushes it into the national discourse. (For a BLM-related example, Ahmaud Arbery’s murder didn’t make national news when it happened, but rather months later when it came to light that the men who killed him hadn’t even been arrested, much less charged or convicted.)

Third, the not-so-subtle racism in the hijacking of the #SayHisName hashtag is gross, as are the false equivalencies with the BLM movement. Cannon Hinnant was not killed by the police with impunity. He was not a victim of a justice system that disproportionately harms people with his skin color. His murderer is not walking free. BLM isn’t just about Black people being murdered, otherwise the #SayHisName or #SayHerName hashtags would be used for every Black murder. It’s about Black people being killed with impunity by agents of the state charged with protecting people, or murdered by others and justice not being served. There’s not an ongoing justice issue with children being murdered in broad daylight and their murderers walking free.

When I see people complaining that Cannon Hinnant’s murder isn’t getting the same outrage or attention as Black Lives Matter, I see people who willfully don’t get the issue, which has been explained ad nauseam. What exactly is the justice people are calling for in this case? For Cannon Hinnant’s murderer to be apprehended? Already done. For him to be charged with murder? Also already done.

I’ve seen conservatives ask “where are the protests” for Cannon Hinnant: 1. The killer wasn’t a civil servant 2. T… https://t.co/u18gUPFirp

Stop conflating a heinous individual tragedy with the fight against systemic injustice. And stop using a child’s gruesome murder to discredit or demean or deflect from a social justice movement. There is little doubt that justice will be done in Cannon Hinnant’s case.

By all means, be outraged that this little boy was murdered, but direct that outrage at his murderer, not at the individuals and groups calling for justice to be equally applied to all. Say his name if it makes you feel better, but don’t politicize his death to hijack the movement for racial justice. Call for justice in a case where justice is already happening if you must—even though it doesn’t makes sense—but ask yourself if you’ve put that same energy into the systemic racial injustices that have long been documented in this country.

Cannon Hinnant’s murder is a tragedy, no question. But using his death as a political talking point is a travesty. Just stop.

How this nonprofit is helping hundreds of NYC restaurants adjust during the pandemic
Kamala Harris’s slave owner ancestry isn’t a ‘gotcha,’ but a tragic historic reality

Hulu’s “Animaniacs” Reboot Has A New Trailer Out, And It’s Zany To The Max

Meghan Trainor And Daryl Sabara Just Revealed The Sex Of Their Baby, And Their Excitement Will Make You Smile