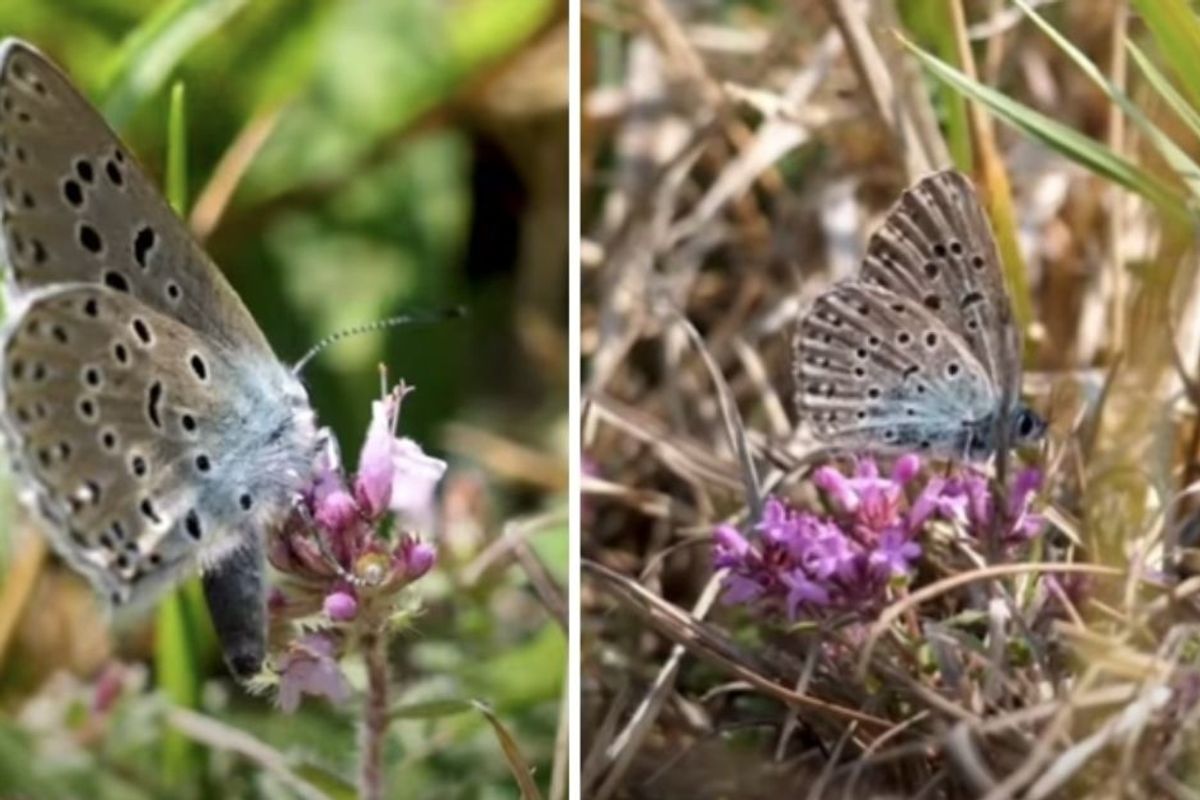 Some good news on the environment front this week, as conservationists in the U.K. counted some 750 large blue butterflies hatched from 1,100 larvae released last year in Rodborough Common in Gloucestershire, England. According to CNN, the release was the consummation of a 40-year conservation project, with the past five years spent preparing the area for the larvae and butterflies to be able to thrive.

Experts from the National Trust, Butterfly Conservation, the Limestone’s Living Legacies Back from the Brink project, Natural England, Royal Entomological Society and the Minchinhampton and Rodborough Committees of Commoners all helped prepare the area for the butterflies. Prep included controlling the red ant population in Rodborough Common by restricting cattle grazing and controlling scrub cover. It also involved growing wild thyme and marjoram, which provide food and an egg-laying habitat for the large blue butterfly.”

Butterflies are such sensitive creatures, and with the large blue’s particular requirements they are real barometers for what is happening with our environment and the changing climate,” Rodborough Commons area ranger Richard Evans said in a statement.

“Creating the right conditions for this globally endangered butterfly to not only survive but to hopefully thrive has been the culmination of many years work,” he added. “One of the greatest legacies of the re-introduction is the power of working together to reverse the decline of threatened species and the benefit the habitat improvements will have for other plants, insects, birds and bats on the commons.”

Opinion: Why I’m asking my high school to ban students from wearing Native American headdresses
The racist ice cream man song is being replaced with a joyful new one by the Wu-Tang’s RZA