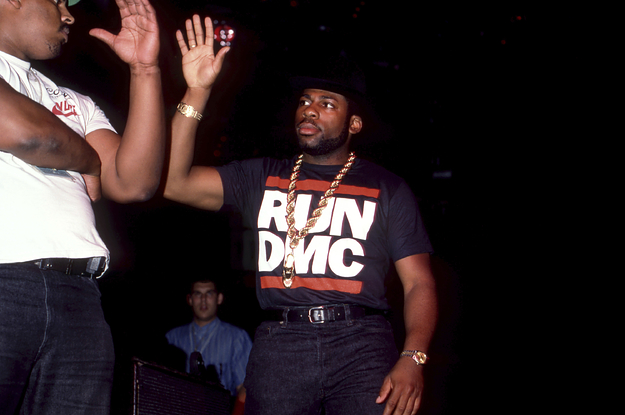 Ronald Washington and Karl Jordan Jr were indicted on Monday and charged with murder while engaged with drug trafficking.

“To the family and friends of Mr. Mizell who’ve endured a heavy burden of grief over these many years: We hope that today’s arrest and indictments and this announcement will bring some measure of peace knowing those responsible will be held accountable,” said Daryl McCormick with the Bureau of Alcohol, Tobacco and Firearms (ATF) at a press conference.

Washington is already in federal prison serving a sentence for robbery, the New York Times reported. Jordan was arrested on Sunday by the NYPD and the ATF.

During Monday’s press conference, Seth DuCharme, acting US attorney for the Eastern District of New York, said Jordan would be arraigned today and Washington will be arraigned at a date not yet announced.

“For the crime of murder, the passage of time offers you no escape,” DuCharme said. “Today we begin the path to justice.”

Mizell was shot and killed in his recording studio in the Jamaica neighborhood of Queens, New York, on Oct. 30, 2002. He was 37.

“Jay was their instrumental and musical backbone, their melodic voice and rhythmic heart,” the Village Voice wrote in Mizell’s obituary.

The high-profile killing was considered a cold case, and the suspects had remained at large for 18 years despite witnesses present at the crime scene.

Run-DMC was a seminal hip-hop group of the ’80s that blended rap and rock and helped introduce the genre to the mainstream with “It’s Tricky” and a cover of Aerosmith’s “Walk This Way,” among other hits.

Run-DMC was the first hip-hop band to achieve certified gold, platinum, and multiplatinum records with their first three records, Run-D.M.C. (1984), King of Rock (1985), and Raising Hell (1986), respectively. They were inducted into the Rock & Roll Hall of Fame in 2009.

Growing up, Mizell learned to play bass and drums and sang in his church choir; he started experimenting with turntables at age 13. He founded his own record label, JMJ Records, to which artists 50 Cent and Onyx were signed. The label went out of business after Mizell’s death but was revived by one of his sons in 2017.

The year he died, Mizell helped develop the Scratch DJ Academy, a school for aspiring DJs and music producers.

If You Can Remember The Opening Cheer From “Bring It On,” We’re Going To Be S-H-O-O-K
27 Books Written By POC Authors You Probably Won’t Be Able To Put Down