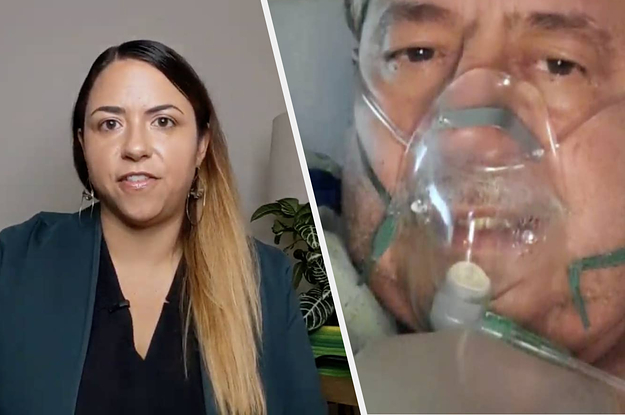 Kristin Urquiza lost her father to COVID-19 and, at the Democratic National Convention Monday, she blamed his sudden death on President Trump’s handling of the pandemic.

“My dad was a healthy 65-year-old,” Urquiza said in a video message. “His only preexisting condition was trusting Donald Trump, and for that, he paid with his life.”

Mark Anthony Urquiza voted for Trump in 2016, but his daughter said he “felt betrayed by the likes of Donald Trump” over his administration’s response to COVID-19.

It was an emotional appeal to voters on the first day of the virtual Democratic National Convention, where criticism of Trump’s handling of the pandemic played a central role.

Urquiza’s father died in June of COVID-19 and the obituary that she wrote for her father went viral after she blamed his death on “the carelessness of politicians” and on a lack of leadership to address the pandemic.

“Mark, like so many others, should not have died from COVID-19,” she wrote in the obituary published in The Arizona Republic. “His death is due to the carelessness of the politicians who continue to jeopardize the health of brown bodies through a clear lack of leadership, refusal to acknowledge the severity of this crisis, and inability and unwillingness to give clear and decisive direction on how to minimize the risk.”

She invited Arizona Gov. Doug Ducey, unsuccessfully, to her father’s funeral and has since been a vocal critic of President Trump.

According to John Hopkins University, the US has seen 170,491 deaths as of Monday, as well as more than 5.4 million confirmed cases of COVID-19 since the pandemic struck.

Urquiza blamed Trump’s downplaying of the novel coronavirus and said people like her father listened did not take the precautions to stay safe.

After the first stay-at-home orders were lifted in Arizona in May, Urquiza said her father went out with friends to a karaoke bar. He died in June after being on a ventilator for five days.

“He had faith in Donald Trump,” she said. “He voted for him, he listened to him, believed him and his mouthpieces when he said coronavirus was under control and going to disappear.”

Trump has repeatedly claimed the coronavirus would “disappear” and has rebuffed rising infection numbers by crediting them to increased testing. However, the US has lagged behind in testing per capita, and does not account for surges in infections several states have seen.

“Donald Trumpi may not have caused the coronavirus, but his dishonesty and his irresponsible actions made it so much worse,” Urquiza said.