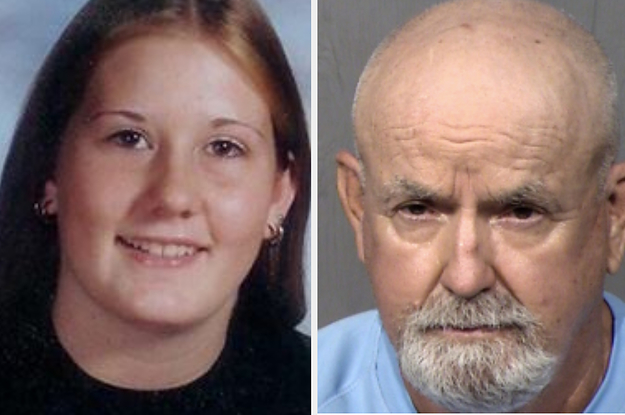 “I’m shaking and I’m crying,” Sarah Turney, Alissa’s younger sister, posted on Twitter. Sarah, who was 12 years old when her sister disappeared, created a podcast series and posted viral TikTok videos about her sister. “We did it you guys. He’s been arrested.”

On Thursday, Michael Roy Turney, 72, was indicted and charged by a Maricopa County Grand Jury on 2nd degree murder charges in the death of Alissa. Phoenix Police announced they arrested him that afternoon in Mesa, Arizona.

“On that day she poked her head into her boyfriend’s woodworking class at Paradise Valley High School and said her stepfather was taking her out of school early,” according to a press release from the Maricopa County Attorney’s office. “She has never been seen or heard from again.”

Her stepfather, Michael Ro Turney, who had custody of her after her mother’s death, reported Alissa missing and said he’d found a note indicating she had run away to California. The case was treated as a missing person’s case.

“She loved animals, drawing and music,” said County Attorney Allister Adel in a press conference Thursday. “She had a part time job at a local fast food restaurant. She had plans on the evening she disappeared to go celebrate with some upper classmen who were graduating.”

“According to those who knew her, Alissa was a good kid who never missed work or school,” said Adel. “Alissa’s life was just beginning.”

In 2008, the case was reopened and police said they conducted more than 200 interviews.

“Through that, we began to see this was not a runaway child,” said detective William Anderson on Thursday. But when they got an arrest warrant to search Michael Roy Turney’s home, they uncovered 26 pipe bombs. Turney was sent to federal prison until 2017.

“We bumbled, for lack of a better word, into his bombing plot,” said Anderson. “Him going to jail for that is not justice for Alissa.”

But now Turney has been arrested and charged for Alissa’s murder, after years of a public campaign by her sister Sarah. Sarah has posted constant updates on Twitter and TikTok, and created a podcast series telling the story of Alissa’s disappearance.

In one video from 1997 posted to TikTok this summer, Alissa can be seen saying “Sarah, dad’s a pervert.” The video has received more than 21 million views.

Authorities did not explain any of the evidence involved in charging Turney. But County Attorney Adel did pay tribute to Sarah for her longterm fight, in the press conference on Thursday.

“Your perseverance and commitment to finding justice for your sister Alissa,” said Adel, “is a testament to the love of a sister.”