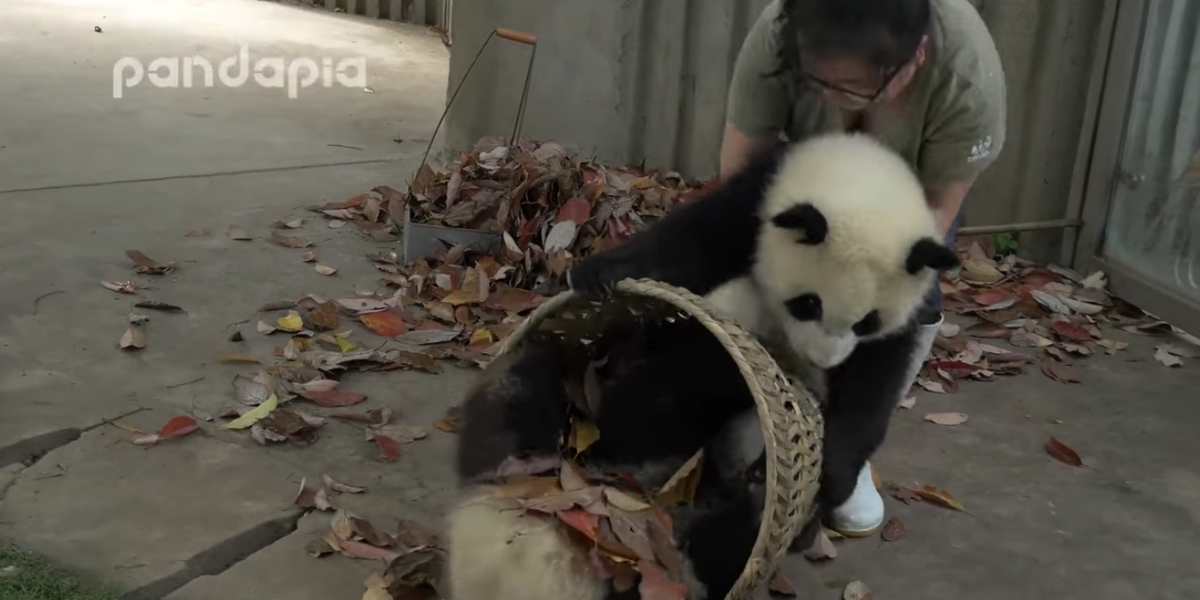 No one likes to rake leaves. And when something gets in the way of you accomplishing such a task, it is even more annoying. Unless it is this video of baby pandas trying prevent a woman from excommunicating said leaves from her yard.

Some of you might have read the piece about Tuscan, the stray dog who had the persistence to hang around a car dealership until he got a job greeting customers and is now positioned to star in a national car commercial. But these are baby pandas just trying to rake a yard. And this is no slight on dogs. I am owned by two of them. It just seems like the woman in this video isn’t really giving the pandas the shot they deserve to try and get the job done. It could very well be that she does not realize that they think she is awesome and deserves a coffee break.


Cute！What did panda do when zookeeper cleaning the leaves

Perhaps people should recognize that pandas do not rake the yard the same way as we do. Look no further than the viral video called The Honor of the Opportunity where a father talks about how his son mowing the lawn in his own way.

It just kind of feels like the pandas had the rake taken away from them before they had sufficient time to start a task they dont know they are supposed to be doing with a tool which they have never been privy to. Remember the first time you held a guitar and knew how to play it without even knowing what it was? No one is perfect. I, myself, just completed a thought with a preposition because I was too insecure about finishing a sentence with the word “privy”. So, I can understand the mindset of taking a gardening tool out of the hands of a bear.