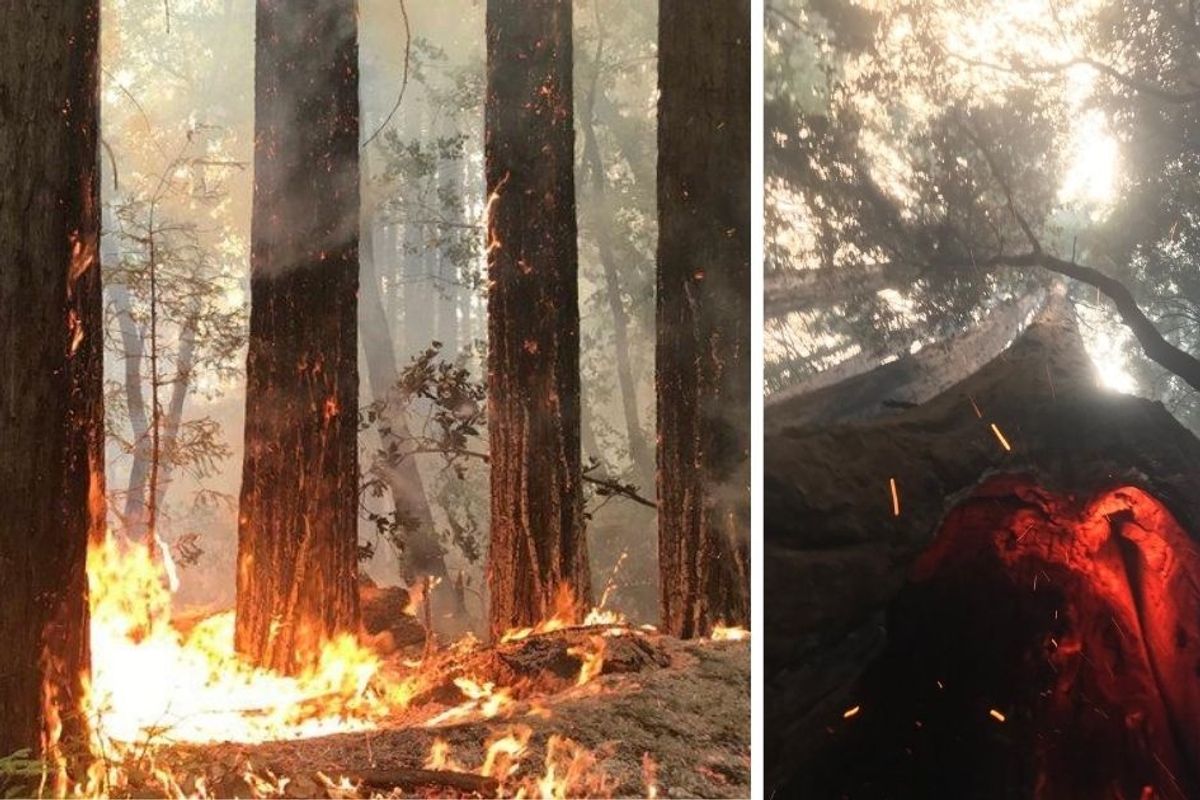 Last week, as California’s oldest state park erupted into flames and the historic Big Basin State Park headquarters buildings burned to the ground, people feared the worst. Would we lose the 2,000-year-old redwood trees that bring visitors from all over the world to the area?

Thankfully, now that the fire at Big Basin is under control and people are able to go in an assess the damage, it looks like most of the ancient redwoods have survived the blaze. According to ABC News, a reporter from the Associated Press hiked the Redwood Trail at Big Basin and found that most of the old-growth giants, among the tallest living things on Earth, are still standing tall. That includes Mother of the Forest, a tree that grew to 329 feet tall before its top broke off in a storm, as well as other elder trees.

Reporter from The Mercury News, Ethan Baron, also took photos of the aftermath and reported on Twitter that the “vast majority of giant redwoods in center of Big Basin Redwoods State park scorched but still standing.”

“That is such good news. I can’t tell you how much that gives me peace of mind,” Laura McLendon, conservation director for the Sempervirens Fund, a group dedicated to the protection of the redwoods and their habitats, told the Associated Press. McLendon said the forest will regrow. “Every old-growth redwood I’ve ever seen, in Big Basin and other parks, has fire scars on them,” she said. “They’ve been through multiple fires, possibly worse than this.”

Fire ecologist director of science at Save the Redwoods League, Kristen Shive, told The Mercury News that redwood bark—which can be up to a foot thick—is fire-resistant. If a fire gets hot enough, it can do serious damage, but even badly burned redwoods can eventually recover.

Managing forests includes managing fire, which can be seen as both a blessing and a curse for forest habitats and humans. Not all forest fires are bad. Some trees need occasional fire to thrive, and controlled burns are sometimes used to prevent out-of-control blazes that destroy homes and animal habitats. When left alone, nature tends to create its own balance, but with climate change causing an increase in the frequency and severity of wildfires, in addition to human activity causing some fires in addition to those caused naturally by lightning, it’s difficult to judge when fires are actually beneficial.

California has seen historically destructive fire seasons in recent years, and two of this summer’s fires are already among the state’s worst. As people are evacuated, homes and buildings are destroyed, and air quality from smoke is disrupting the lives of countless Californians, hearing some good news is a welcome breath of fresh air.