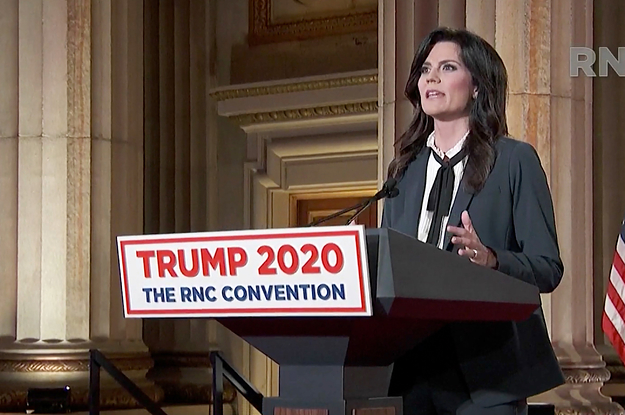 In her speech at the RNC on Tuesday, Evangelical Christian leader Cissie Graham Lynch fear-mongered about transgender students.

Lynch, the granddaughter of Billy Graham, the Evangelical preacher who was a religious adviser to several US presidents, claimed in her speech that faith was put “under attack” by President Barack Obama and Vice President Joe Biden.

In this statement, Lynch was condemning the inclusion and acceptance of transgender children in schools.

Trans people have been fighting for the right to use the bathroom that corresponds with their gender identity for years. Anti-trans opponents have spoken against these rights by stoking baseless, hateful fears that trans people are sexual predators who want to harm cisgender people in bathrooms.

On the contrary, trans people — particularly trans women of color — are disproportionately victims of violence and murder, with at least 28 trans people being killed so far in 2020 alone.

In perhaps the highest profile case, Gavin Grimm, a trans student in Gloucester, Virginia, sued his school board after he was banned from using the boy’s bathroom in his high school. He has been fighting the case in court for years.

In her remarks, Lynch also said Democrats “pressured schools to allow boys to compete in girls’ sports,” misgendering trans girls who want to play on the sports team that corresponds with their gender identity.

In May, Trump’s Department of Education ruled against allowing trans students to compete on the team they identify with, claiming letting trans girls on female sports teams discriminated against cisgender girls, according to the Associated Press.

22 Of The Most Sexually Charged Scenes In Television That Have Absolutely No Sex
I Finally Watched The First Episode Of “Glee” — Wow, Do I Have A Lot Of Thoughts