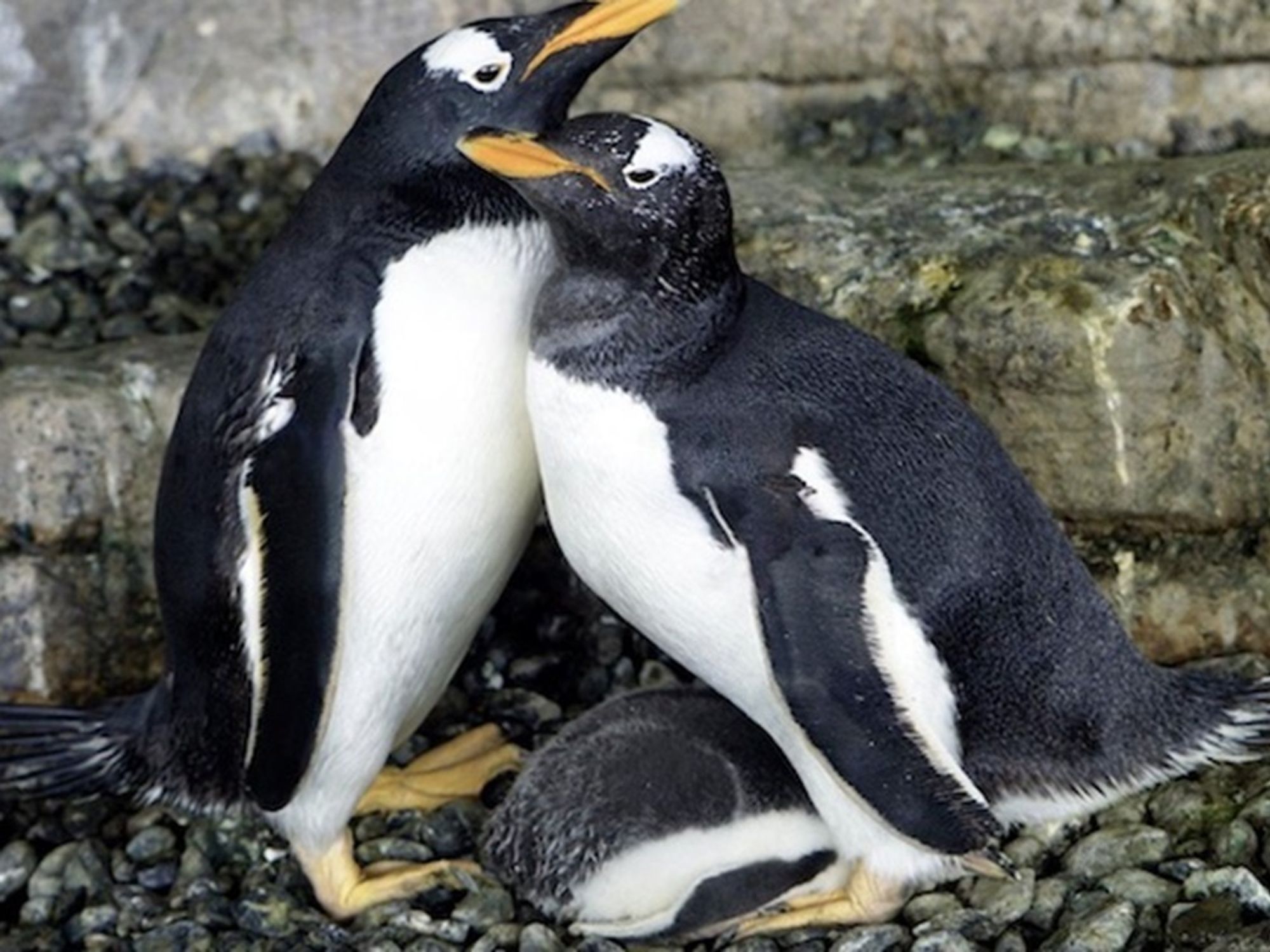 One of the common reasons homophobic people give for being against homosexuality is that it’s “unnatural.” However, they are totally wrong. Research shows that homosexuality doesn’t just occur among humans, but throughout the animal kingdom.

According to Yale University, homosexuality has been observed in approximately 10% of “prevailing species throughout the world.”

At first glance, the prevalence of homosexuality seems to work against Darwin’s theory of evolution. Animals that prefer same-sex relationships are likely to reproduce and pass their genetic traits to the next generation.

But according to Yale, same-sex partnerships can have a positive effect on a species’ survival because of their social benefits.

“Same-sex pairing in many species actually alleviates the likelihood of divorce and curtails the pressure on the opposite sex by allowing members to exhibit more flexibility to form partnerships, which in turn strengthens social bonds and reduces competition,” Arash Fereydooni writes.

Given the inherent naturalness of same-sex coupling, the Oceanogràfic València aquarium in Spain allowed a pair of female Gentoo penguins, Electra and Viola, to adopt another penguin’s egg after employees saw them displaying nesting behaviors.

Caregivers at the aquarium noticed the couple gathering stones in preparation for an egg so they knew they’d be perfect parents. After the couple received the egg, they took turns standing over the egg, incubating it until after a little over a month, it hatched a healthy chick.

Caregivers at the aquarium have called the two an “an exceptional pair.”

The penguins will work together to raise the baby bird for about 75 days until it becomes independent.

The same-sex penguin adoption is a first for Oceanogràfic València, but the aquarium says it’s fairly common.

In 2018, a pair of gay male penguins at the Sydney Sea Life Aquarium caught the world’s attention by raising an egg together. After noticing that Sphen and Magic had built an intense relationship together, caregivers gave them a fake egg to incubate.

They knew the relationship was real when the penguins sang to each other.

“You would see Magic standing in his spot looking for Sphen, and he would call and Sphen would come running over and give Magic a little bow and sing as well,” Tish Hannan, head of penguin supervision at the aquarium, told The Independent. “They’ve chosen each other. That’s it. They’re bonded now.”

A gay penguin at an aquarium in Australia gave his boyfriend an actual rock which is the penguin equivalent of prop… https://t.co/o3ucSFtVwS

The pair did such a good job they were given a real egg to incubate and they raised it until it successfully.

The gay penguins’ relationship was even more important because it happened while Australia was having a heated political debate over gay human marriage. Eventually, same-sex couples won the right to marry Down Under.

In the end, love is love, and whether human or penguin, a portion of the population is going to be gay. So, if anyone ever tells you that same-sex relationships are unnatural, let ’em know that being gay is not only natural, but beneficial to the survival of the species.

In a brave op-ed, Billy Graham’s granddaughter calls on evangelical Christians to stop supporting Trump.
Penzey’s Spices is ‘looting’ its own Kenosha store in a statement about priorities