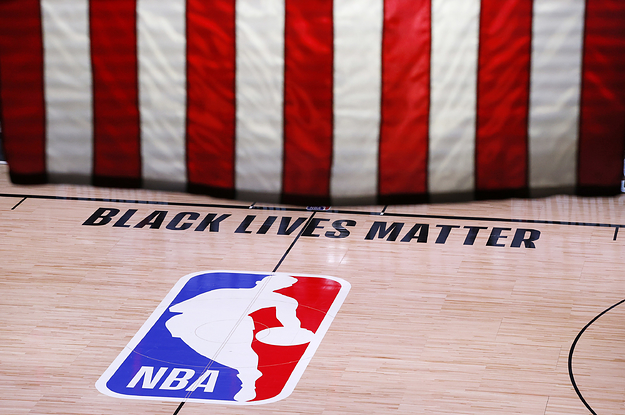 The NBA playoffs and WNBA games were postponed a second day as players demand racial justice and police accountability in the wake of the police shooting of Jacob Blake, a 29-year old Black man in Wisconsin.

The decisions came after meetings throughout the day.

“We are hopeful to resume games either Friday or Saturday,” the NBA said in a statement, adding there is a video call between league brass, the players union, and representatives from the 13 teams in “the bubble” in Orlando.

The WNBA said in a statement that as “players continue discussion and reflection on recent events,” tonight’s games were off. “Information regarding rescheduling of yesterday and today’s games will be provided when available.”

When the Milwaukee Bucks decided to sit out Game 5 of the first round of the NBA playoffs, it set off the postponement of games across the league and inspiring other professional athletes to opt out of playing.

The NBA players said the moment — amid a global uprising over the killings of Black people at the hands of police — was not the time for basketball.

The players decision has become politicized.

Jared Kushner, President Donald Trump’s son-in-law and top aide, told CNBC on Thursday, “The NBA players are very fortunate that they have the financial position where they’re able to take a night off from work without having to have the consequences to themselves financially.”

He added on CNBC, “I think what we need to do is turn that from slogans and signals to actual action that’s going to solve the problem.”

LeBron James, who started an organization to fight voter suppression, shot back on Twitter:

Trump, who often uses sports to drive cultural wedges between American citizens, commented on Thursday on the NBA’s ratings.

“I don’t know much about the NBA protest. I know their ratings have been very bad because I think people are a little tired of the NBA,” he said. “They’ve become like a political organization, and that’s not a good thing.”

The NBA has been outspoken about black people being shot by police and by police over use of force. “Black Lives Matter” is written on the courts in the bubble.

Later on Wednesday night, the players held a meeting to discuss the next steps. According to multiple reports, the meeting concluded after the Los Angeles Lakers and Clippers, both favorites to win the championship, voted to stop playing.

Blake was left paralyzed after being shot in the back seven times as he got into his car with three of his children inside in Kenosha Sunday evening, according to his family and their attorney. The Wisconsin Department of Justice said Blake had a knife during the initial investigation.

The shooting has set off protests in major US cities and thrust Kenosha into a state of unrest. At the end of the third night of demonstrations in the southern Wisconsin city, a 17-year-old white teen, who identified as a strong supporter of President Donald Trump and law enforcement, allegedly fatally shot two people and injured another.

Racial justice activism has been central to the NBA season since it resumed in July in a “bubble” environment in Orlando, Florida, intended to prevent COVID-19 from spreading among players. NBA players agreed to restart the season after it paused in March because of the coronavirus pandemic, in part because of an agreement over how the league would handle racial justice issues during games.

28 Cleaning Products For People Who Want To Obliterate Every Speck Of Dirt In Their Home
A Flight Attendant On TikTok Revealed A Bunch Of Hotel Hacks, And You Should Know All Of Them