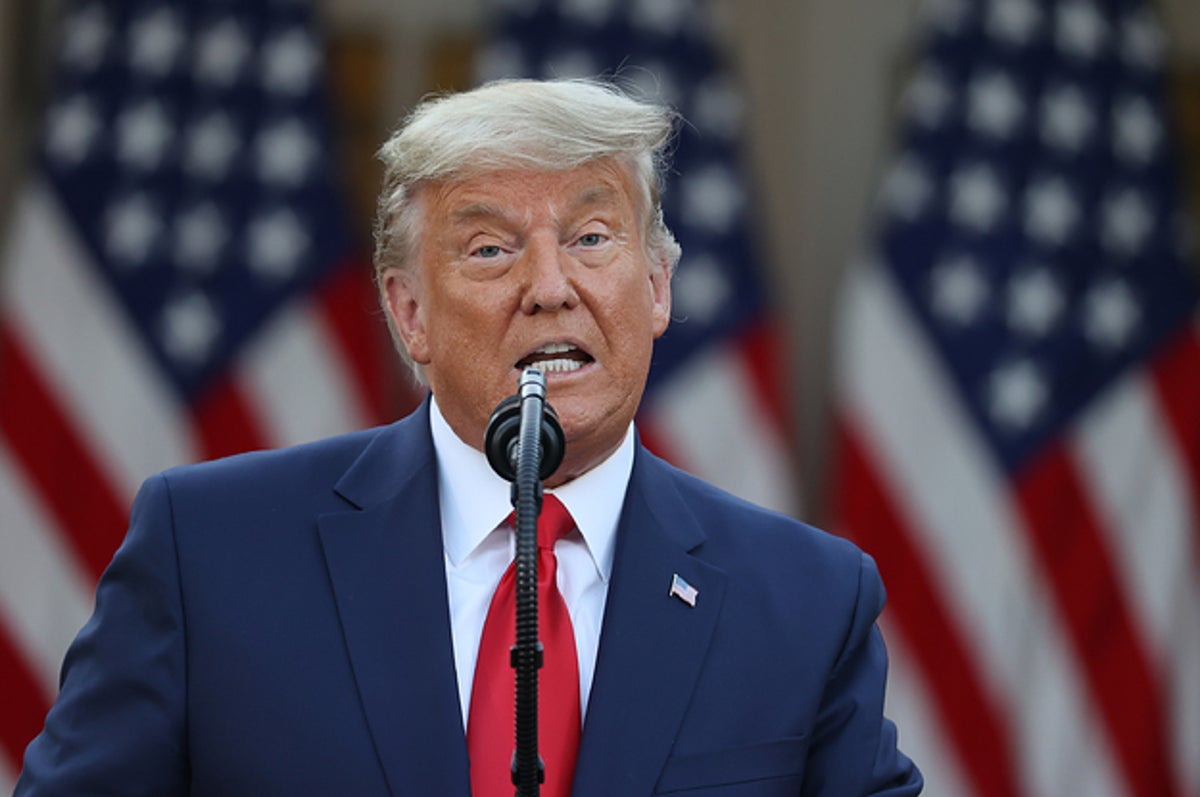 President Donald Trump acknowledged for the first time on Sunday that President-elect Joe Biden defeated him in last week’s election, although the brief public recognition of reality appeared to be a slip of the tongue, rather than a formal concession.

More than a week after Biden was projected as the winner by most outlets, Trump took to Twitter to continue his tirade of baseless conspiracy theories seeking to undermine confidence in the election.

Sharing a post from Jesse Watters in which the Fox News personality and Trump supporter seemed incredulous that Biden had won, the president wrote, “He won because the election was RIGGED.”

Trump then again referred to a laundry list of nonsensical complaints related to the media, poll-watchers, and ballot-counting software — all of which have been debunked as false.

BuzzFeed News has journalists around the US bringing you trustworthy stories on the 2020 elections. To help keep this news free, become a member.

Still, the tweet was noted by news outlets — even those favoring the president — as Trump’s first admission of defeat.

A short time later, Trump then wrote again on Twitter, attempting to clean up his previous tweet.

“He only won in the eyes of the FAKE NEWS MEDIA. I concede NOTHING!” he wrote. “We have a long way to go. This was a RIGGED ELECTION!”

Unable to prove any credible instances in court of mass voter fraud that would affect the result, Trump has instead routinely deployed the word “rigged” to cast vague aspersions and undermine public faith in the election. His false claims appear to be working among his diehard supporters, tens of thousands of whom rallied in Washington, DC, on Saturday in protest at what they falsely claimed was a stolen election.

Ron Klain, Biden’s pick as chief of staff, told NBC on Sunday that Trump’s tweet was “further confirmation of the reality that Joe Biden won the election and not through any of the rest of that tweet — not through fraud or anything else the President is baselessly alleging.”

“If the President’s prepared to begin to recognize that reality, that’s positive,” Klain said on Meet the Press. “Donald Trump’s Twitter feed doesn’t make Joe Biden president or not president. The American people did that.”

“I expect Joe Biden to be the next president of the United States,” he said. “It was good, actually, to see President Trump tweet out that [Biden] won. I think that’s a start of an acknowledgement.”

Speaking at the White House on Friday in his first public remarks since the election, Trump came close to acknowledging his defeat.

While discussing the coronavirus pandemic, Trump vowed he wouldn’t order a national lockdown, then very nearly referred to a Biden administration.