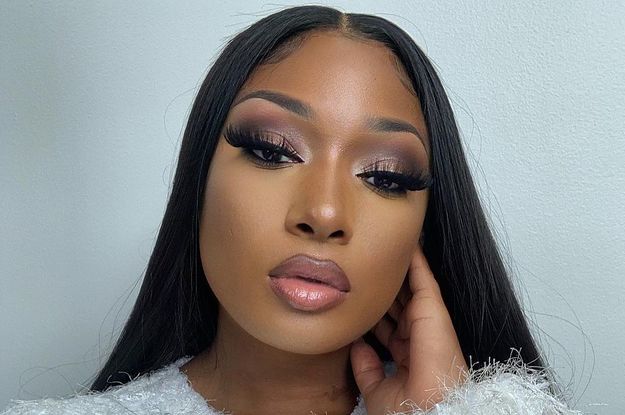 “Keep demanding what you deserve.”

Megan Thee Stallion is speaking out for all Black girls around the world! While posing for the cover of GQ‘s 25th annual Men of the Year issue, she said she wants more Black women to have the courage to go after the things they want.

“I want Black women to be louder,” she said. “I want us to be sassier. I want us to demand more, be more outspoken, keep speaking and just keep demanding what you deserve.”

“I feel we keep this stuff in and there’s some kind of way we flip it on ourselves,” she added. “We didn’t fuck up — we didn’t do something wrong.”

Growing up in a single-parent household taught Megan what it was to be strong. Because her mother hid her feelings and put on a “tough” exterior, the rapper felt like she had to do the same thing.

“I feel like a lot of Black girls learn that early. I did,” she said.

“There’ll be times that I’m in an apartment with my mama and I know something’s wrong, but I don’t know what it is,” she recalled.

“Like, now, I’m understanding you got a lot on you; it’s a lot of pressure, but you’re not saying it to nobody,” Megan said. “And you’re putting on a face… You are acting like everything was OK so I feel comfortable.”

Because of her mom, Megan learned a lot about what it means to be a woman, and thanks to her music, young girls can feel more comfortable to be themselves and ask for the things they want.