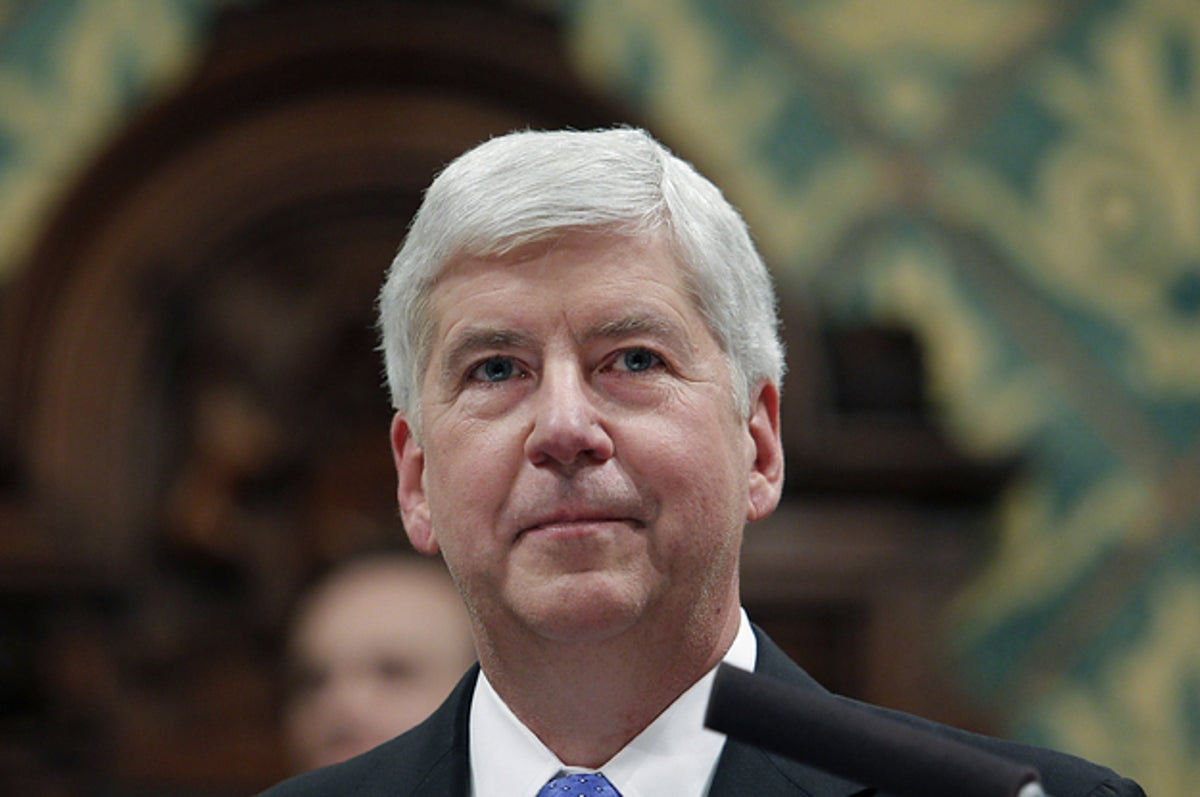 Former Michigan Gov. Rick Snyder was charged Wednesday with willful neglect of duty for his role in the Flint water crisis, an ongoing public health disaster sparked by a decision in 2014 to change the source of the city’s drinking water.

According to the Associated Press and other media outlets, Snyder, who left office in 2019, faces two counts of willful neglect of duty, a misdemeanor that is punishable by up to one year in prison and a $1,000 fine. The Michigan attorney’s general office declined to comment, but said more information about the investigation would be released on Thursday.

The charges come nearly seven years after Flint stopped paying Detroit to tap into its Lake Huron water supply and began taking in water from the Flint River in an attempt to save money. However, the new water wasn’t properly treated and immediately started to corrode the city’s aging pipes, causing lead to leach into the supply.

As a result, the city’s more than 100,000 residents were exposed to unsafe levels of lead, causing many to get sick and forcing the predominantly Black community to rely on bottled water. The change in the city’s water source was also suspected as the possible cause of an outbreak in Legionnaires’ disease that sickened 90 people and killed 12.

While testifying before Congress in 2016, Snyder called the disaster “a failure of government at all levels.” Emails released early that year showed the governor’s staff had been alerted to the possible connection between an increase in the water-borne respiratory disease and the switch to the Flint River 10 months before he alerted the public to the lead contamination.

Snyder has maintained that he didn’t know about the high levels of lead in the water until October 2015. Several other government officials resigned as a result of the crisis and more than a dozen were charged in criminal cases that were either settled through plea deals or later dropped.

According to the Associated Press, the charges filed by Michigan’s attorney general on Wednesday mark the first time in the state’s history that a governor has been charged with crimes related to their time in office.