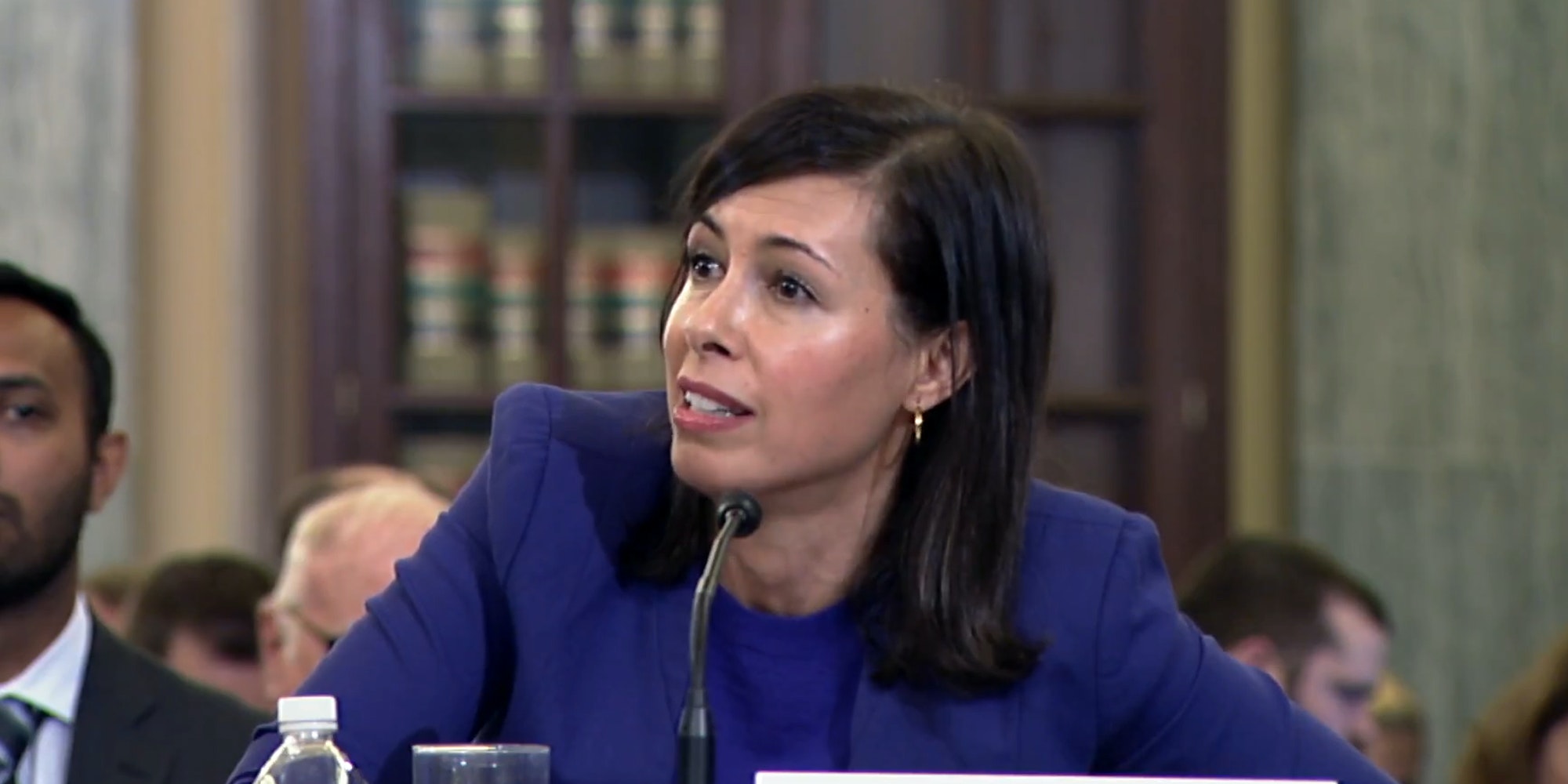 A group of more than 30 Democratic congresswomen are urging President Joe Biden to elevate Jessica Rosenworcel from acting chair of the Federal Communications Commission (FCC) to its permanent chair.

Doing so would make Rosenworcel the first woman to be the permanent chair of the agency. Former Commissioner Mignon Clyburn served as the first woman acting chair from May 2013 to November 2013.

Last month, Biden announced that Rosenworcel would serve as as the acting chair of the agency. She presided over her first public meeting of the agency last week.

The congresswomen, headed by Rep. Anna Eshoo (D-Calif.) and Rep. Jackie Speier (D-Calif.), wrote a letter to White House Chief of Staff Ronald Klain on Monday urging Biden to make Rosenworcel the permanent chair of the FCC. In the letter, they tout Rosenworcel’s accomplishments and note that during her time at the agency she has “elevated the voices and needs of women.”

“Importantly, Acting Chairwoman Rosenworcel inspires our daughters by showing them that they can succeed and thrive in technology policy, a role she has played long before being appointed to her current seat,” the letter reads. It continues: “In its nearly 90-year history, the FCC has embarrassingly never had a woman as a permanent chair. This is an unacceptable reality for an agency that oversees one-sixth of our nation’s economy and makes consequential decisions that impact all Americans.”

The congresswomen also highlighted Rosenworcel’s support of net neutrality rules and women entrepreneurs; her support of the Lifeline program; her focus on closing the homework gap in the country and its impact on mothers; and expanding telehealth to “combat the shamefully high maternal mortality rates” in the U.S.

Biden has begun to face pressure to act on tech policy and to fill out the FCC. Currently, the FCC only has four commissioners—two Democrats and two Republicans. Biden has the ability to name a final fifth commissioner to the agency to give Democrats a 3-2 majority.

With that majority, it would be able to act on larger agenda items—like restoring net neutrality rules.

Biden could elevate Rosenworcel from acting chair to permanent chair and nominate a fifth commissioner, or he could nominate someone who would go through a process with the understanding they would become the chair of the agency once confirmed.

Pranksters show how horrifying Boston Dynamics’ police robot dog is by strapping a paintball gun to it
My Pillow’s Mike Lindell hit with $1.3 billion lawsuit over election fraud claims
Advertisement