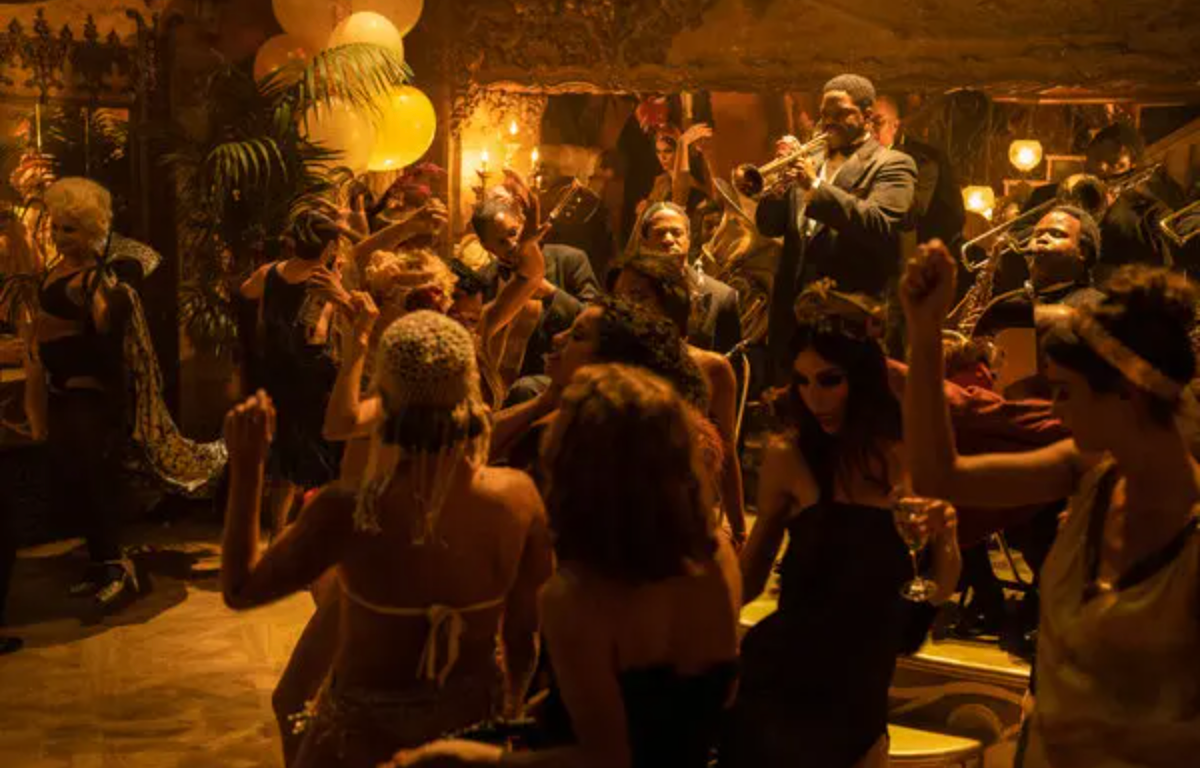 From writer-director Damien Chazelle, Babylon is an ensemble film set in the late 1920s to early 1930s when films were transitioning from silent to sound. Hilarious, magical, and insanely tumultuous, Babylon is not only a celebration of filmmaking but also of doing wayyyy too much. Of being too much and over the top and not giving a damn what anyone else thinks about it!

Through skilled filmmaking, Babylon tells its story with outrageous perfection. But there are a few major moments in the film that not only will leave you glued to the screen but also will change the way you watch movies going forward (and maybe the way you lead your life, too). Here are six of those show-stopping scenes.

Transporting a live elephant from the dusty outskirts of Los Angeles to a party in Bel Air.

Let’s address the elephant in the room, shall we? Or rather, the elephant outside of Los Angeles. In a scene of epic proportions, Manny (played by Diego Calva) transfers a live elephant from the dusty outskirts of LA to a party in Bel Air. And why? To make a scene! Granted, it does not go well but not in the way you’d think.

A manic race through the streets of LA with the last available camera in the city before the sun sets on an epic production with thousands of extras.

The golden hour isn’t just valuable for getting the perfect selfie for the ‘Gram, it’s valuable in the filmmaking process as well. At one point, there is a race through the busy streets of Los Angeles to the last-available camera and utter mayhem follows suit. This scene really captures the importance of lighting in movies and will make you appreciate these details more than you have before.

Because obviously! It’s Tobey Maguire! Maguire’s performance will make you understand the value of casting.

Margot Robbie plays the formidable Nellie LaRoy who dreams of making it big in LA. LaRoy won’t let anything or anyone get in the way of her reaching dreams, including, as it turns out, a literal goddamn SNAKE.

The wildest bacchanalian party ever committed to film.

And you thought your college frat parties were on one. Not even. Babylon features the wildest and most unhinged bacchanalian party ever committed to film. If you want utter debauchery, terrible decisions with hilarious outcomes, and amazing fashion, then you’re in luck.

A film crew who has only made silent movies must shoot one of the first sound pictures. Much rage and absurd hilarity ensue.

It’s hard to be a beginner and the scene featuring a film crew who has only ever worked on silent films making a sound picture for the first time will make you laugh out loud but also realize how different movies used to be. It will show you the power of dialogue and delivery and make you appreciate these facets of filmmaking so much more.

7 Rules Of Party Planning According To Babylon
What To Watch When You’re Stuck At Home For The Holidays: A Streaming Guide For Every Mood
Advertisement