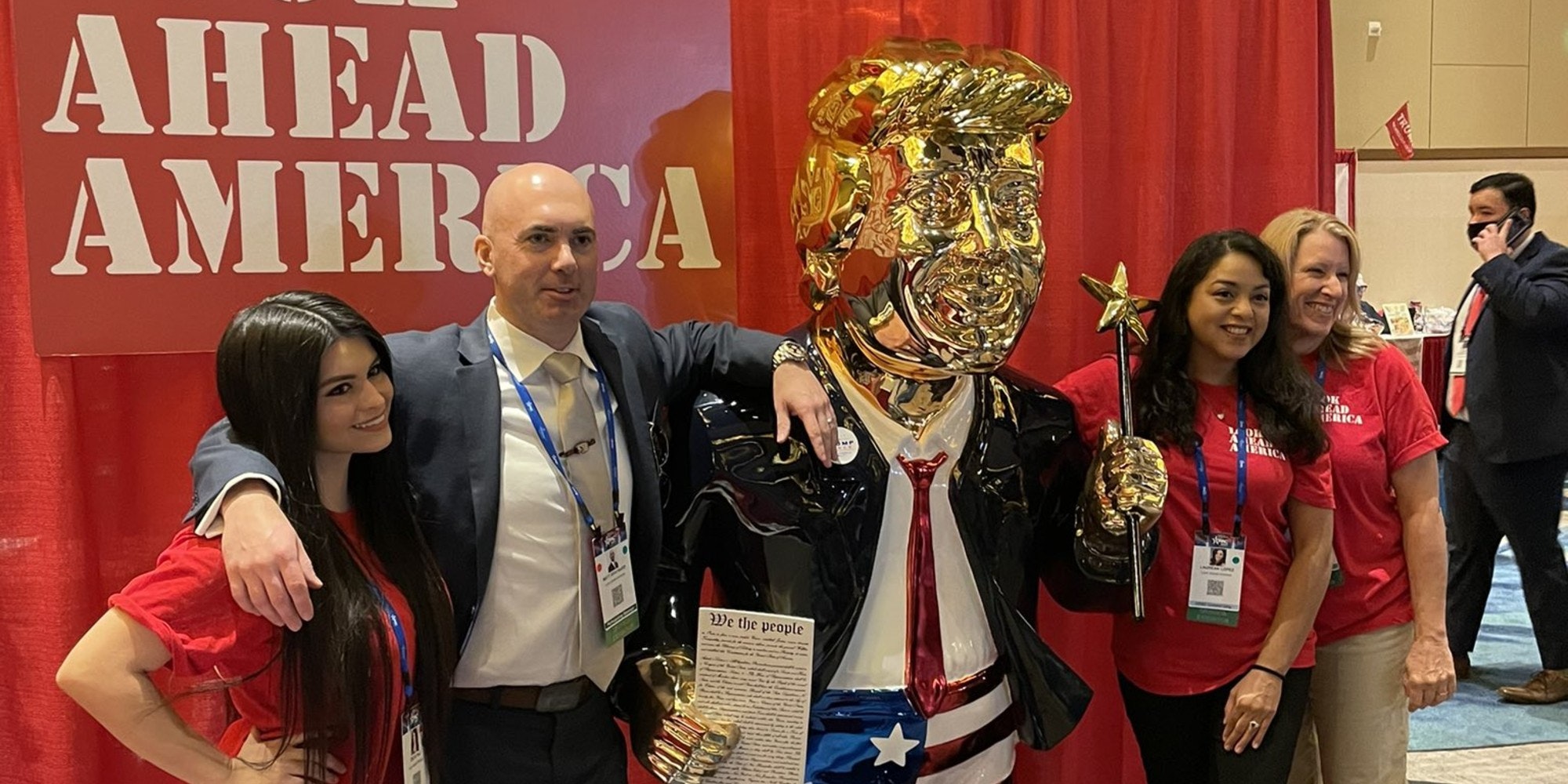 A golden statue of former President Donald Trump was spotted at the Conservative Political Action Conference (CPAC) on Thursday and has since caused quite the stir online.

In footage captured by Bloomberg News reporter William Turton, the statue was seen being wheeled through the halls of the Hyatt Regency hotel in Orlando, Florida.

The statue was met with much fanfare from conservatives in attendance, who are set to watch Trump give his first post-presidency speech at the conference on Sunday.

Started in 1974, CPAC describes itself as “the largest and most influential gathering of conservatives in the world.”

The statue, complete with American flag shorts and a magic wand, was commissioned by Look Ahead America, a nonprofit group formed by ex-staffers of Trump.

But while supporters of the former president were busy fawning over the golden statue, users online were scratching their heads.

“A golden statue of Trump is as good a summary of CPAC as one could possibly make,” Josh Jordan wrote.

The majority of users online, however, couldn’t help but compare the statue to the golden calf from the Old Testament. As the story goes, the golden calf was a false idol created by the Israelites that enraged God.

The irony of so many conservative Christians seeming to place Trump ahead of their God was not lost on Twitter, where the term “Golden Calf” became a trending topic on Friday.

“They’ve literally made a golden calf!” James Hohmann said. “This would be a good time for CPAC attendees to read the Second Commandment and Exodus 32.”

Unsurprisingly, a flood of memes and political cartoons found their way to Twitter shortly after.

Regardless of the mockery, the golden Trump statue appears to be a hit among CPAC attendees.

The post A bizarre golden statue of Trump at CPAC has people making Biblical memes appeared first on The Daily Dot.