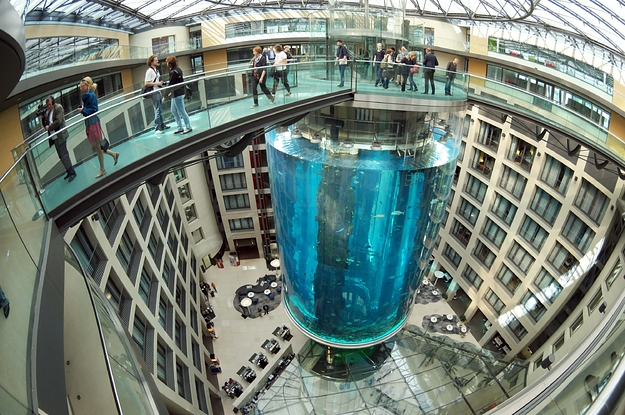 Known as the AquaDom, the structure was the “largest, cylindrical, free-standing aquarium in the world,” according to Sea Life Berlin, with over 100 species living inside. A glass elevator ran down the center of the tank, from which guests could view the fish.

“Despite all the destruction, we were still very lucky,” Giffey said, saying there could have been “terrible human damage” had the incident occurred even slightly later in the day. Because it happened just before 6 a.m., very few people had been in the lobby when the “veritable tsunami” of saltwater and glass erupted from the tank.

“Unfortunately, none of the 1,500 fish could be saved,” Giffey said.

The cause of the incident has not yet been determined, but police said they do not believe it was due to a criminal act.