A pro-Trump TikTok trend is getting hilariously trolled – Nogagames 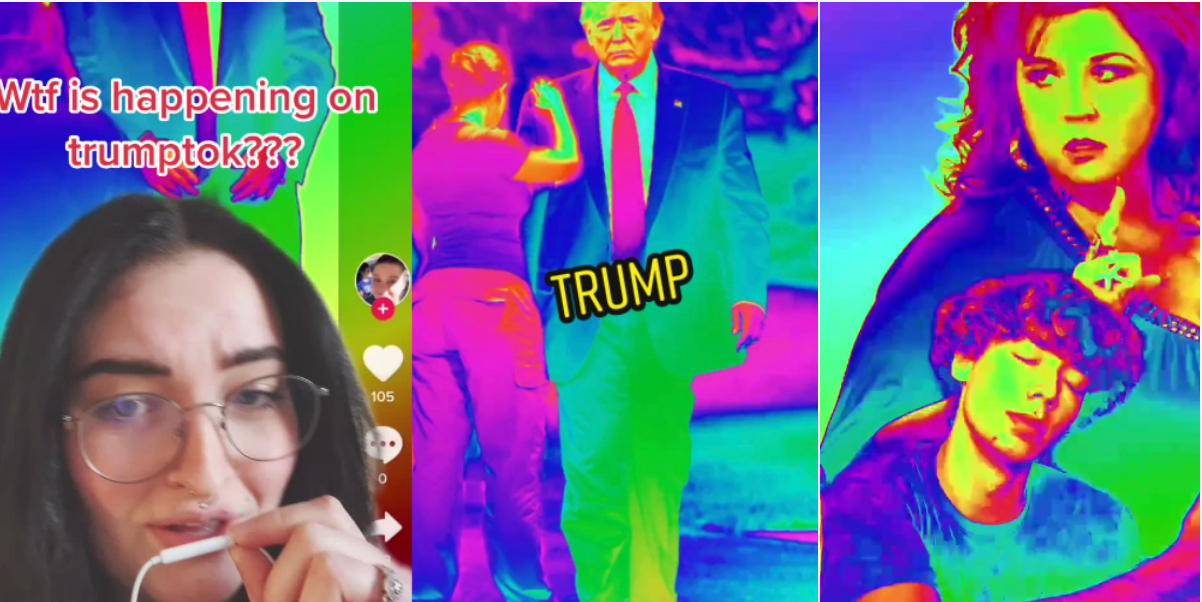 TikTokers are trolling a bizarre new trend on the Trump side of TikTok that memorializes the former president.

Dozens of videos have been made mocking the trend, which features supporters of the former president posing as a photo of him appears in the background.

The videos have a cover of Chord Overstreet’s song “Hold On” playing and a rainbow edit once Trump appears on the screen. The videos appear to be mourning Trump’s 2020 election loss.

While the original TikToks fawning over Trump may have left some people confused, they have sparked a flurry of mocking videos in their wake.

The TikTok sound used in these videos is called “TheTrumpTrain!” so the trend can be easily found. The video that the original song is attached to is a compilation of photos of Trump during his presidency.

Many other TikTokers have trolled original pro-Trump videos by using the same sound to make their own video—and instead of Trump, they’ve been inserting a whole host of other people and characters into it.

The mocking responses usually have captions like “say goodbye to the best president we ever had,” or “forever my president.”

This TikTok features chef Guy Fieri instead of Trump.

At least the pro-Trump TikToks acknowledge he lost the election?

The post A pro-Trump TikTok trend is getting hilariously trolled appeared first on The Daily Dot.