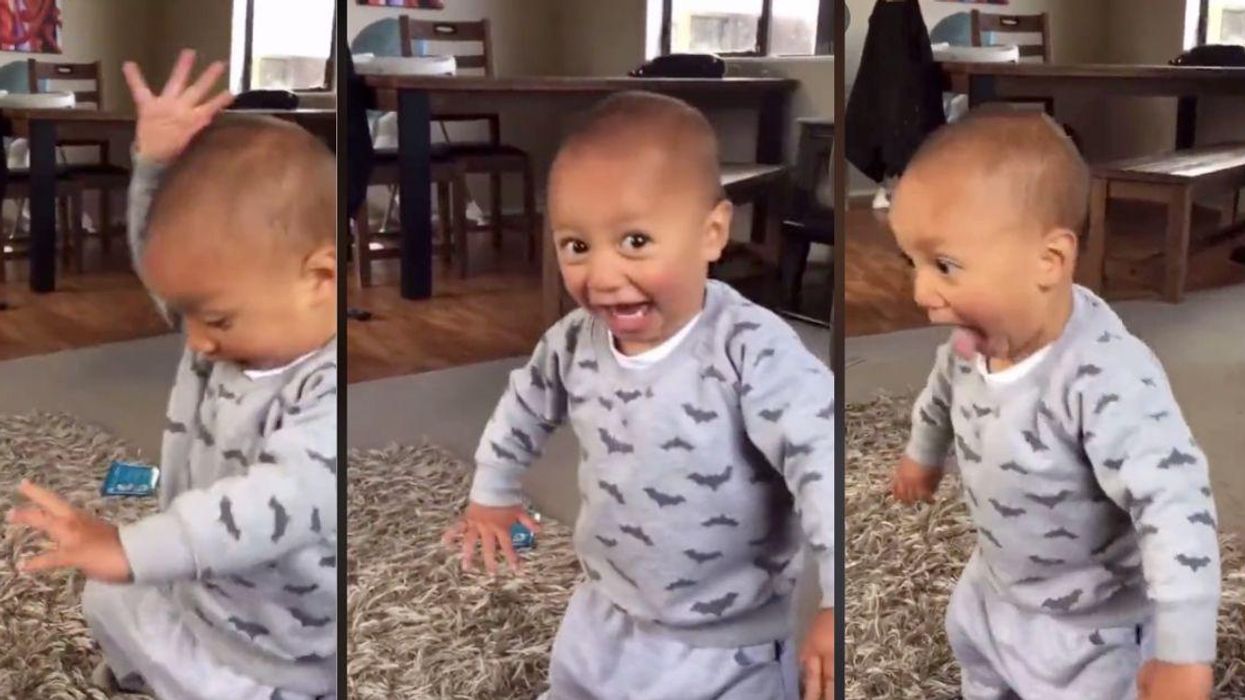 The Maori are the indigenous peoples of New Zealand, and their language and customs are an integral part of the island nation. One of the most recognizable Maori traditions outside of New Zealand is the haka, a ceremonial dance or challenge usually performed in a group. The haka represents the pride, strength, and unity of a tribe and is characterized by foot-stamping, body slapping, tongue protrusions, and rhythmic chanting.

Haka is performed at weddings as a sign of reverence and respect for the bride and groom and are also frequently seen before sports competitions, such as rugby matches.

Here’s an example of a rugby haka:

Maori All Blacks Haka at sold-out BC Place in Vancouver www.youtube.com

The intensity of the haka is the point. It is meant to be a show of strength and elicit a strong response—which makes seeing a tiny toddler learning to do it all the more adorable.

Danny Heke, who goes by @focuswithdan on TikTok, shared a video of a baby learning haka and omigosh it is seriously the most adorable thing. When you see most haka, the dancers aren’t smiling—their faces are fierce—so this wee one starting off with an infectious grin is just too much. You can see that he’s already getting the moves down, facial expressions and all, though.

As cute as this video is, it’s part of a larger effort by Heke to use his TikTok channel to share and promote Maori culture. His videos cover everything from the Te Reo Maori language to traditional practices to issues of prejudice Maori people face.

Here he briefly goes over the different body parts that make up haka:

This video explains the purerehua, or bullroarer, which is a Maori instrument that is sometimes used to call rains during a drought.

This one shares a demonstration and explanation of the taiaha, a traditional Maori weapon.

For another taste of haka, check out this video from a school graduation:

Heke even has some fun with the trolls and racists in the comments who try to tell him his culture is dead (what?).

Unfortunately, it’s not just ignorant commenters who spew racist bile. A radio interview clip that aired recently called Maori people “genetically predisposed to crime, alcohol, and underperformance,” among other terrible things. (The host, a former mayor of Auckland, has been let go for going along with and contributing to the caller’s racist narrative.)

That clip highlights why what Heke is sharing is so important. The whole world is enriched when Indigenous people like the Maori have their voices heard and their culture celebrated. The more we learn from each other and our diverse ways of life, the more enjoyable life on Earth will be and the better we’ll get at collaborating to confront the challenges we all share.