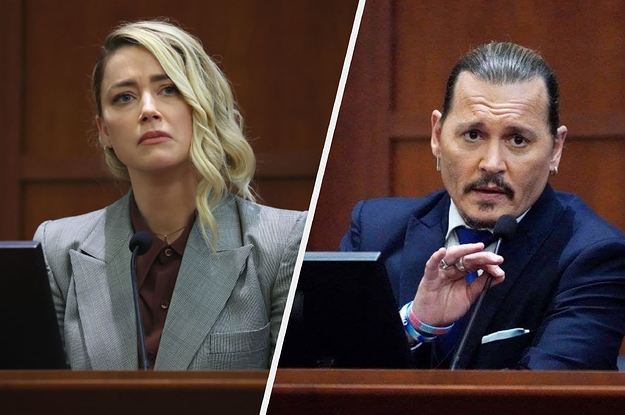 After losing the lawsuit, Heard said she would appeal the decision.

But in her statement Monday, she announced she had decided to settle, calling it a “very difficult decision” that followed “a great deal of deliberation.”

“Now I finally have an opportunity to emancipate myself from something I attempted to leave over six years ago and on terms I can agree too,” she wrote. “I have made no admission. This is not an act of concession. There are no restrictions or gags with respect to my voice moving forward.”

Heard said she has “lost faith in the American legal system,” where her “unprotected testimony served as entertainment and social media fodder.”

“When I stood before a judge in the U.K., I was vindicated by a robust, impartial and fair system, where I was protected from having to give the worst moments of my testimony in front of the world’s media, and where the court found that I was subjected to domestic and sexual violence,” she wrote.

“In the U.S., however, I exhausted almost all my resources in advance of and during a trial in which I was subjected to a courtroom that in which abundant, direct evidence that corroborated my testimony was excluded and in which popularity and power mattered more than reason and due process,” she continued. “In the interim I was exposed to a type of humiliation that I simply cannot relive. Even if my US appeal is successful, the best outcome would be a retrial where a new jury would have to consider the evidence again. I simply cannot go through that for a third time.”

R. Kelly’s Ex-Manager Was Sentenced To One Year In Prison For Lying About A Shooting To Halt The Screening Of The Singer’s Documentary
That Salt Bae Guy Kept Harassing Lionel Messi After The World Cup, And It’s Awkward And Cringe
Advertisement