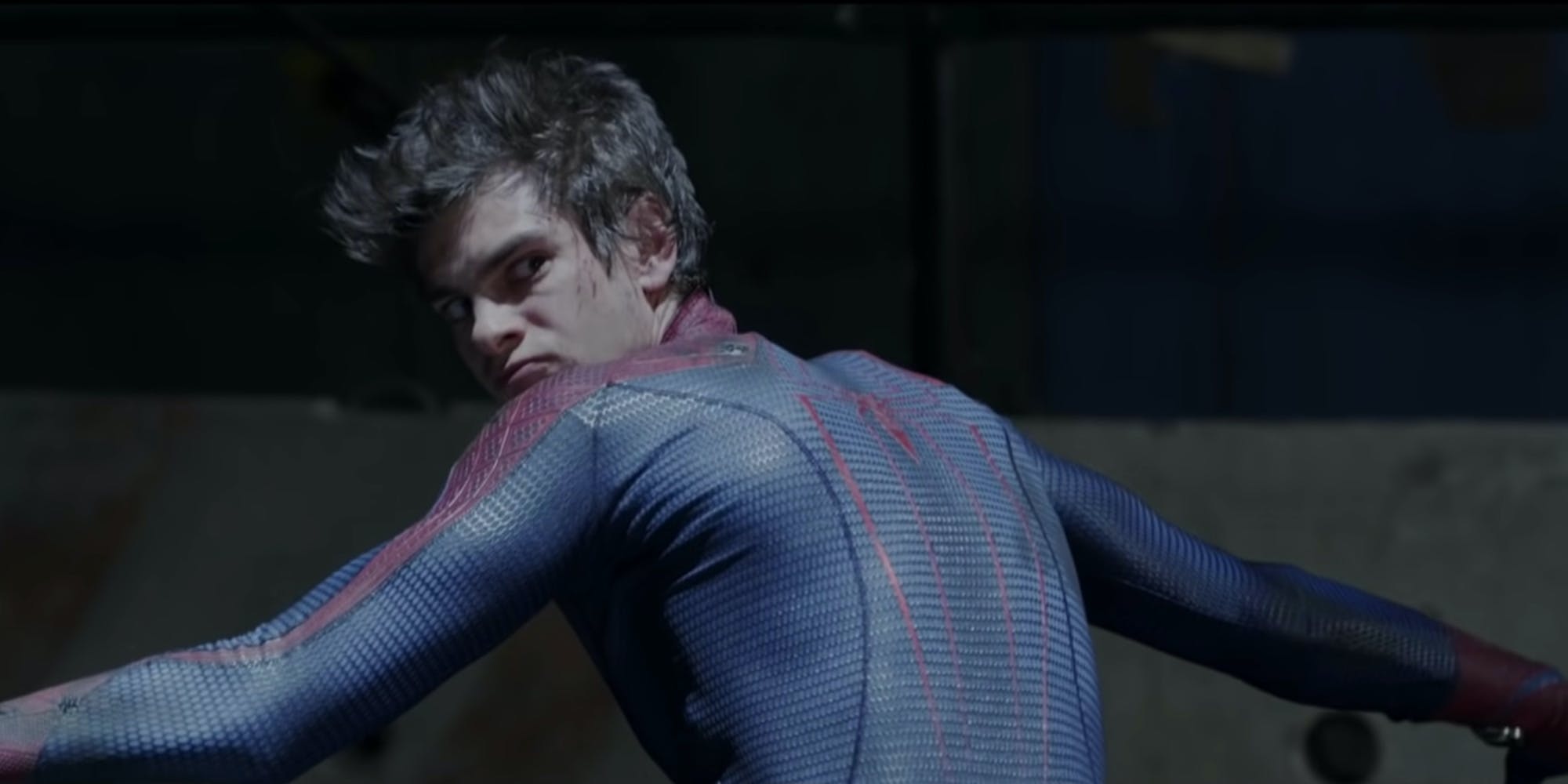 At one point, it seemed as though just about every actor who appeared in a Spider-Man movie would show up in Spider-Man: No Way Home, the third Spider-Man film from Marvel Studios and Sony that may or may not be tapping into the multiverse. But someone who won’t be among those crossing the Spider-Man streams? Amazing Spider-Man himself, Andrew Garfield—at least according to Andrew Garfield.

He appeared on the Happy Sad Confused podcast to promote his new film Mainstream, and at one point, host Josh Horowitz started to ask Garfield about Spider-Man. But before Horowitz could even get his question out—while prefacing that he didn’t want to potentially ruin anything for people in case Garfield was in No Way Home—Garfield cut him off, telling him “there’s nothing to ruin!”

Garfield, who has a secret Twitter account, sees just how often Spider-Man trends on Twitter and how often fans are freaking out about certain things such as rumors of his appearance in No Way Home.

“Listen, I can’t speak for anyone else but myself,” Garfield said. “They might be doing something, but I ain’t got a call.”

He compares trying to convince people that he isn’t in No Way Home to a kind of Sisyphean effort that’s akin to playing a game of Mafia or Werewolf, in which a player has to continually convince everyone else that they’re not a member of the mafia or a werewolf. And when Horowitz tried to get Garfield to state for the record that he isn’t involved with the film, Garfield is a bit exasperated as he stammered and added, “Didn’t I just say that?”

In a subsequent interview with Access Hollywood, Garfield once again debunked that he would be in No Way Home, adding “never say never. But in the meantime, no.”

As Horowitz’s video spread, it became clear that people didn’t exactly take Garfield at his word with his denial of being in No Way Home, which has been rumored for at least six months. People highlighted both the technicality of Garfield’s denial—he might not have gotten a call, but it could’ve been an email—and pointed to other instances where actors like Paul Rudd and Tatiana Maslany flat-out lied about being involved in superhero projects that they were definitely in.

Even Horowitz is expressing a bit of doubt.

As Garfield indicated by using his Mafia/Werewolf comparison, he is in a very unenviable position. If he’s in No Way Home, Garfield probably can’t say anything about it until Marvel releases a casting announcement, we see it in the trailer, or his version of Peter Parker/Spider-Man literally shows up in the film. His denial, regardless of whether it’s genuine or simply an act, will sound unconvincing no matter how much he insists. Now that it’s out in the open and he’s addressed it, Garfield may be asked some variation of the question any time he does press between now and December to the point where a potentially bit of acted exasperation will become genuine. If he’s in No Way Home, you’ll have some fans who will inevitably get mad at Garfield for lying about something he might not have been allowed to talk about. And if Garfield isn’t in No Way Home? Well, you’ll have people mad that he wasn’t in it.

One person who is talking about crossing over franchises? Alfred Molina, who portrayed Doc Ock in Spider-Man 2—and who was much more open about returning to portray the famous Spider-Man villain, going as far to reference conversations he had about the character with No Way Home director Jon Watts and adding that he would be de-aged during a Variety interview published in mid-April.

“It was wonderful,” Molina said. “It was very interesting going back after 17 years to play the same role, given that in the intervening years, I now have two chins, a wattle, crow’s feet and a slightly a slightly dodgy lower back.”

Spider-Man: No Way Home will debut in theaters—with or without Garfield—on Dec. 17.

The post Andrew Garfield debunks being in ‘Spider-Man: No Way Home’—but people don’t believe him appeared first on The Daily Dot.