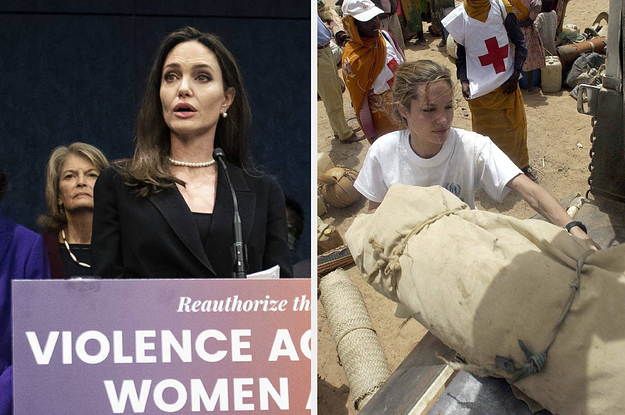 After more than two decades as the face of the United Nations refugee agency, Angelina Jolie has left.

In a joint statement on Friday, the Oscar-winning actor and the intergovernmental organization announced that Jolie will part ways from her role as special envoy to address “a broader set of humanitarian and human rights issues.”

The news of Jolie stepping aside comes just weeks after she publicly criticized the UN in a Guardian article for its lack of success in ending sexual violence, and accused UN Security Council members of “abusing their veto power.”

Friday’s statement did not address those frustrations, and instead Jolie said that she believes it’s the right time to change her approach by working directly with refugees and local organizations.

“I will continue to do everything in my power in the years to come to support refugees and other displaced people,” Jolie said.

28 Thoughts My Little Gay Brain Had Watching The “Barbie” Teaser
If You’re Looking For A Sign To Cook More In 2023, Goodful Is Offering 30% Off Their All-In-One Pot And Pan
Advertisement