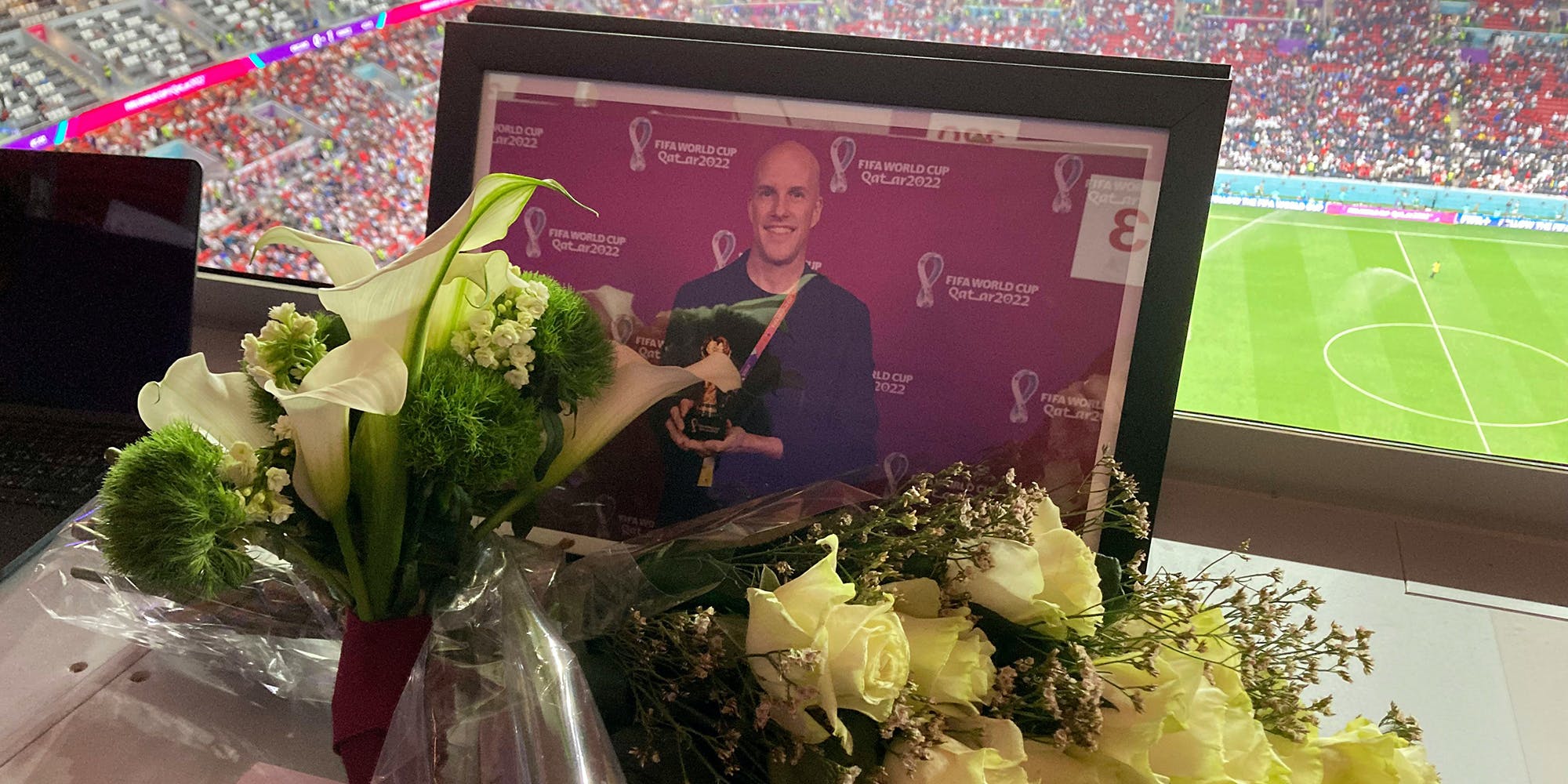 Last week, famed soccer journalist Grant Wahl tragically passed away while covering the World Cup. On Wednesday, his family revealed that Wahl died from a rupture in a blood vessel leading to his heart. Wahl had just turned 49.

Conspiracy theorists are convinced that Wahl’s death was caused by the COVID-19 vaccine, a constant refrain in recent years. Anti-vaxxers have been eager to attribute the untimely passing of anyone who’s been vaccinated to the shot.

As supposed proof, most point to two facts: Wahl was vaccinated; and his widow, Dr. Céline Gounder, was on President Joe Biden’s COVID-19 Advisory Board transition team.

“Grant Wahl was quacked and his wife works for Biden on the Covid Advisory Board,” reads a Telegram post that has been viewed 17,000 times. “He ‘died suddenly.'”

Many of the posts claiming that Wahl’s death was caused by the vaccine also invoked the phrase “died suddenly” in an apparent nod to the pseudo-documentary.

Died Suddenly, which has been widely debunked, also attempted to link Wahl’s death to the vaccine by posting a screenshot of his tweet from April 2021 about receiving his first round of the vaccine.

Others spreading the conspiracy theory similarly pointed to Wahl’s December 2021 tweet about getting a booster shot. According to the Centers for Disease Control and Prevention, incidents of myocarditis and pericarditis that have occurred after vaccination happen within a week of receiving it.

There have been no reports that Wahl received a booster shot prior to traveling to the World Cup.

Dr. Gounder has denied any connection between her husband’s death and either COVID or the vaccine. Prior to collapsing during a World Cup match, Wahl was experiencing symptoms common to the virus, but reportedly tested negative for it.

In rare cases, COVID vaccines have been linked to myocarditis and pericarditis, two types of inflammation of the heart and surrounding tissues. The type of rupture Wahl died from, known as an aortic aneurysm, is not among the known side effects of the COVID vaccine.

In an interview with the New York Times, Dr. Gounder expressed frustration with people spreading unfounded rumors about her husband’s death. “I wanted to make sure the conspiracy theories about his death were put to rest,” she said of releasing the autopsy results.

The post Anti-vax ‘documentary’ ‘Died Suddenly’ is trying to capitalize on Grant Wahl’s death appeared first on The Daily Dot.

‘I went around the cart and I counted that sh*t’: Walmart employee refused to let customer with 1 extra item in express lane
‘I respect nurses so much but this just isn’t it’: Internet users slam labor and delivery nurses sharing their patient ‘icks’
Advertisement