‘Any problems? Pray about it’: Hilarious airport worker lays down the law in viral TikTok – Nogagames 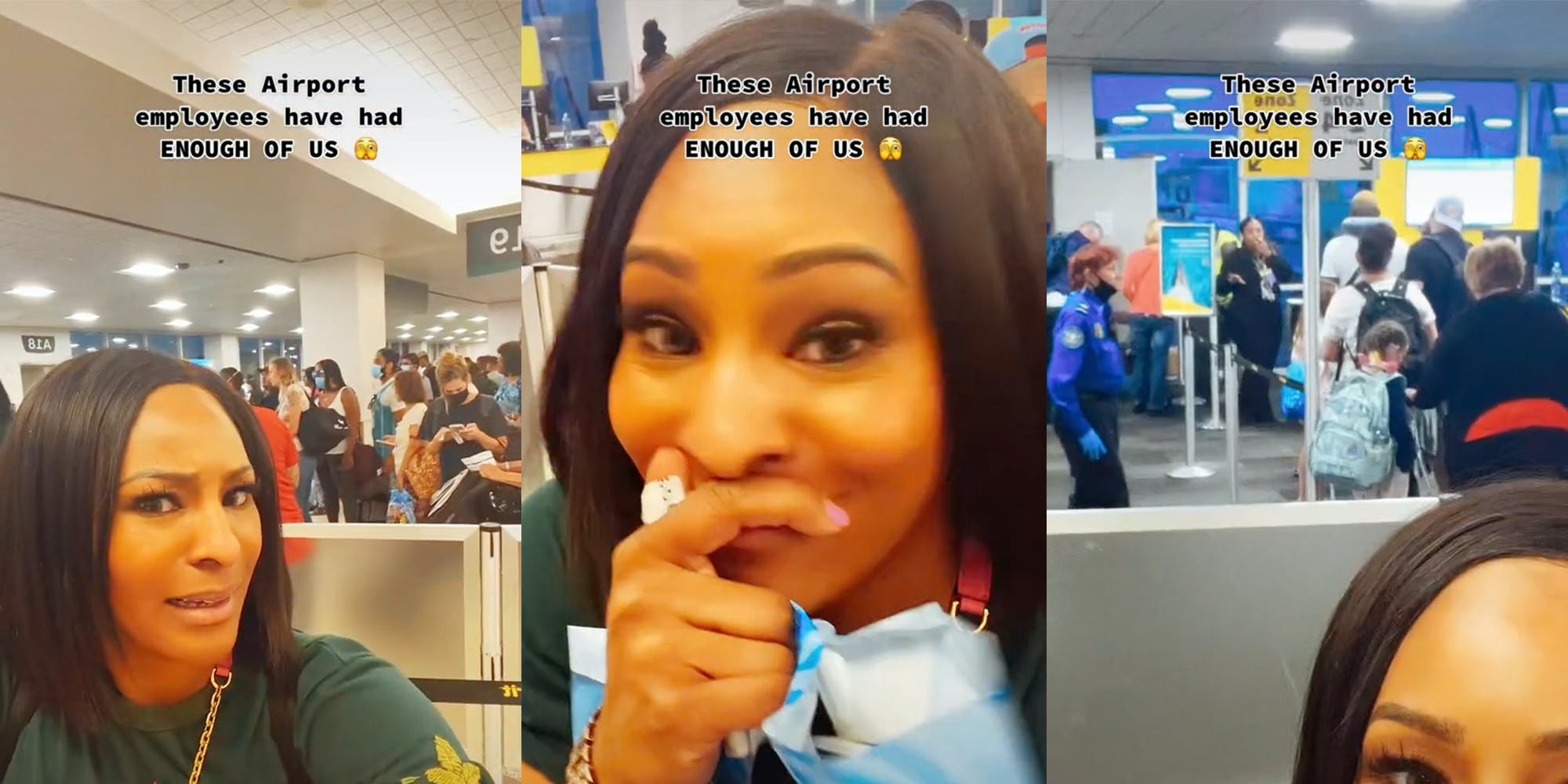 Thanks to pilot shortages and canceled flights, airports are pretty chaotic right now. So it’s no surprise that airport workers are feeling tired and overworked—with one Southwest employee going viral on TikTok thanks to her hilariously impatient speech to customers.

Posted by TikToker @kterrell27, the original clip sees the Southwest worker explain about excess baggage charges and then add, “Anybody don’t understand that? Talk amongst ourselves and explain it, because I ain’t gonna explain it again.” This incredible speech concludes with her saying, “Any problems? Pray about it. It’s gonna work out.”

The comments section was full of praise for this airport worker, complimenting her no-nonsense attitude with responses like, “We need her in congress,” and “She was hired specifically to deal with Karens.” It may not be textbook customer service, but it’s definitely funny.

Posted on June 2, the TikTok went viral to the tune of 1.7 million views—but at this point, you may have heard the same audio elsewhere. People are using @kterrell27’s Southwest Airlines monologue as a soundtrack for their own chaotic airport experiences, including news anchor and TikToker @maurielletv, who reposted the audio as if it was coming from a Spirit employee.

Since @maurielletv’s TikTok now has 1.6 million views and involves her reacting as if she’s hearing the speech IRL, many viewers assumed it was her original content. “Spirit?” asked one commenter, with @maurielletv responding, “You know it”—implicitly passing off @kterrell27’s content as her own.

It totally makes sense for this audio to take off the way it did. It adds a touch of humanity to the unpleasant experience of queueing at the airport, and if you’ve ever had a customer service job, you’ve probably wished you could let off steam with a similarly impatient speech.

Plus, since airports are unusually messy right now, a lot of people are making frustrated airport TikToks, resulting in @kterrell27’s audio being attributed to other locations like Orlando and Norfolk as well.

The post ‘Any problems? Pray about it’: Hilarious airport worker lays down the law in viral TikTok appeared first on The Daily Dot.