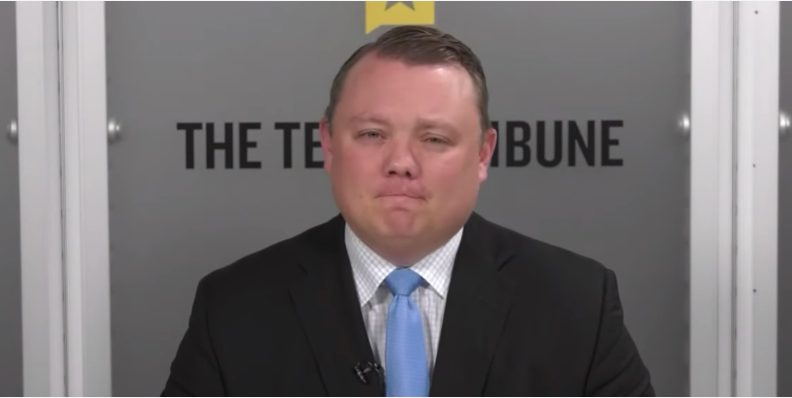 An Austin, Texas GOP Chairman asked his Facebook followers to split the cost of a charter plane to Miami in hopes of escaping the statewide power outages.

Matt Mackowiak not only heads the Travis County GOP, but also founded the Save Austin Now PAC. The PAC is looking to criminalize homeless camping to “restore the city’s safety and beauty.” But, when it actually came to Austin’s safety, Mackowiak is attempting to flee to Miami.

He denies he was trying to get out of town.

Austin Sanders, a reporter from the Austin Chronicle, first posted a screenshot of Mackowiak’s offer to his public Facebook page.

“omfg Matt Mackowiak, Travis County GOP chair and anti-homeless crusader, is trying to crowdsource funds to charter a private jet to Miami tomorrow morning. Shocked at the gall of this, because he has spent so much time and money trying to make the lives of unhoused people harder,” Sanders tweeted.

Mackowiak is among the hundreds of thousands in the surrounding Austin area who have lost power due to an unprecedented winter storm and temperatures. He tweeted that he lost power on Monday.

“250,000+ in Austin are currently without power, including me. We lost power at 2am Monday,” Mackowiak tweeted.

Mackowiak’s PAC is trying to reinstate no camping laws, which would criminalize homeless camps on public streets, according to KVUE.

“Restore our city’s safety and beauty. Restore the public camping law on May 1st,” the PAC wrote on its Facebook page.

So while Mackowiak was posting about the cold temperatures in his house and surveying the internet for charter buddies, his PAC was also fundraising against the homeless in Austin.

Sander’s noted the irony in his original Twitter thread.

“This friggin guy founded a “non-profit” called Save Austin Now and the first thing he does when Austin enters a crisis he could actually help with is post on Facebook about how he wants to rent a private jet and gtfo. Just incredible,” he tweeted.

People in Austin aren’t happy about it either.

“Austin’s GOP stepping up to serve the community in its time of need,” another person posted.

The deleted Facebook post contained Mackowiak’s cell phone number. Now, he’s mad that people are calling his number that he posted on the public page.

“Thanks for sharing my cell phone number on your Facebook page. It’s been great getting threatening and harassing phone calls all night,” Mackowiak tweeted at Rep. Lloyd Doggett (D-Texas.). Sanders deleted his original tweet.

Doggett reposted Mackowiak’s post on his Facebook with the caption, “for those who are cold tonight, know that the jet setters in your local Republican party leadership are working for you just like their cult leader at Mar-a-Lago.”

Mackowiak said he was only trying to help a client fill his plane in a comment to the Daily Dot when asked what the post was about. Because airports closed, he says the charter plane never happened.

But he’s not the only Texas GOP member to be called out amid the state’s emergency. An old tweet posted by Sen. Ted Cruz (R-Texas) that mocked California’s power outages back in August is resurfacing as Texas faces widespread blackouts.

There are some trying to help the situation in Austin. Warming stations are popping up around the city for those without power.

“Students @UTAustin: J2 & Kins dining have power & food today. If you’re without power and you’re able to safely get to one of the dining halls, go get yourself a warm meal. If you need help finding resources while you’re without power please DM me and I’ll help however I can,” reporter Katey Outka tweeted.

This warming station is located at The University of Texas at Austin, which sits inside Mackowiak’s Travis County.

Trump, Proud Boys sued under KKK Act for inciting Capitol riot
‘I haven’t been able to wash my hands‘: Papa John’s worker says he was fired for refusing to work without running water
Advertisement