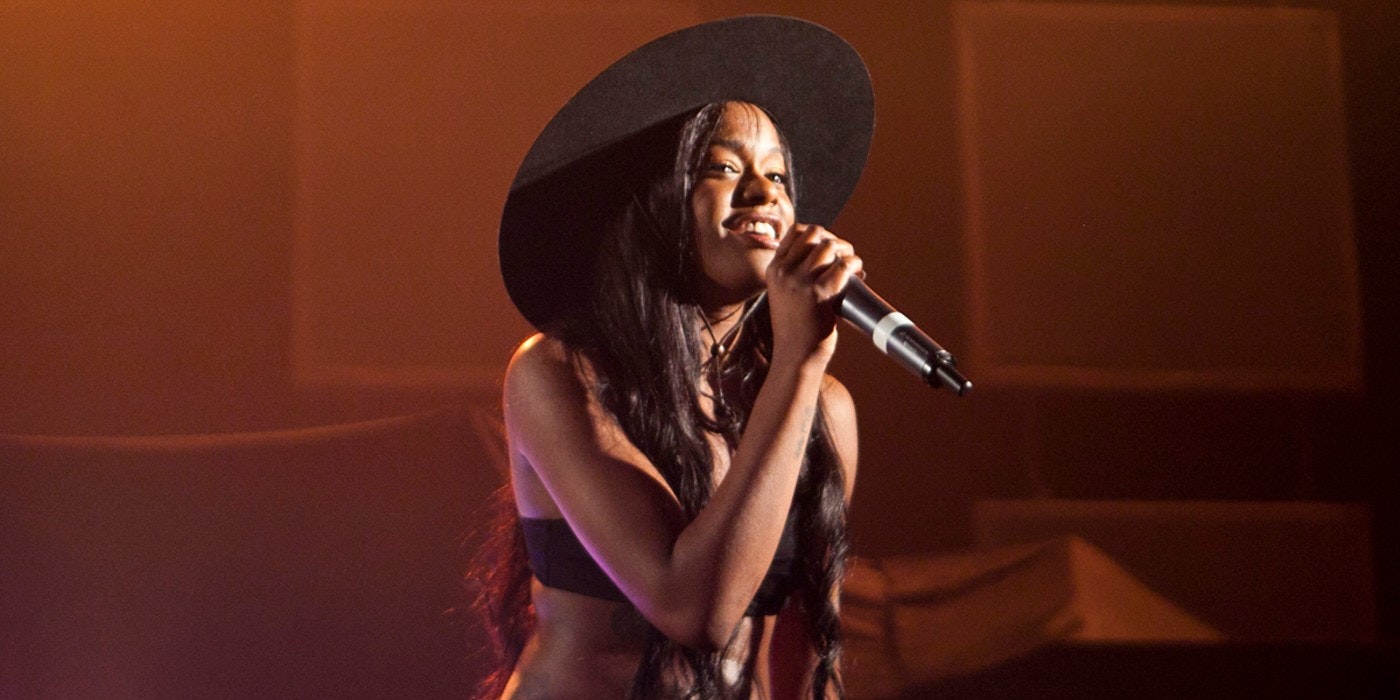 Azealia Banks is once again under fire after she resorted to transphobic comments in response to followers who said she can’t assume a Jewish identity just because she’s engaged to a Jewish man.

Banks went on the transphobic tirade after she posted a photo on Instagram on Sunday announcing her engagement to artist Ryder Ripps. The photo shows her hand with a gold ring featuring a menorah.

Amid the slew of messages congratulating her, some pointed out that in Judaism, one can’t convert through marriage. There’s a process for converting to the religion.

“If you haven’t gone through the process to actually convert u have no right to wear that ring,” one user wrote. “Wearing a ring, making traditional food, and marrying a Jewish man does NOT make you Jewish. Only conversion does.”

Banks responded to the user: “Sounds like someone’s jealous.”

“I have a menorah engagement ring and now I’m Jewish,” one user commented sarcastically.

“Idk how no one mentiones how disrespectful this is here in the comments,” wrote another. “My religion is not your jewelry.”

When user @koey10pack criticized the post, Banks dragged in the transgender community and used transphobic language to respond.

“Well I try to tell the transgirls that getting castrated doesn’t automatically make them a female,” Banks wrote. “But if society can do mental gymnastics to lie and tell them that an eggless person who still produces semen is a woman and let them rock, you are all going bend the rules to accept this newly black Jewish coochie.”

Her comment, posted on Monday morning, had more than 500 likes by the evening. She spewed more hateful coments toward the trans community in the conversation that ensued.

“Because why can you chop ur cock and say ur a girl but I can’t catch the Jewish nut and be Jewish?” Banks wrote. “Stop trying to exclude black people from everything.”

In the comment thread, which had more than 500 exchanges by Monday, people questioned why Banks brought up the transgender community at all.

“Why are you bring up trans women into something that has nothing to do with the topic of Judaism???? Just say ur transphobic,” user @4neweyes wrote.

“No you girls are just hot gay boys with beat faces and plastic surgery,” Banks said. “I live for the trans girls but the trans shit is really a non issue. Just gay boys on hormones using male aggression to force their ways into women’s spaces.”

Even though her comments had hundreds of “likes” and some found them funny, many expressed their frustration with Banks’ transphobia.

“Imagine justifying not understanding how converting to judaism works by double down on transphobia,” one user wrote. “And you complain about everyone else’s leaps of logic.”

Some people said they’d hoped being engaged would mean positive changes for Banks, who has previously made transphobic comments—but were disappointed.

“Wow, Azealia,” said one commenter. “This should be one of the happiest times in your life and here you are still spreading hate. Maybe there really is no hope for you.”

The post Azealia Banks goes on transphobic rant after getting called out for saying she’s ‘Jewish now’ appeared first on The Daily Dot.