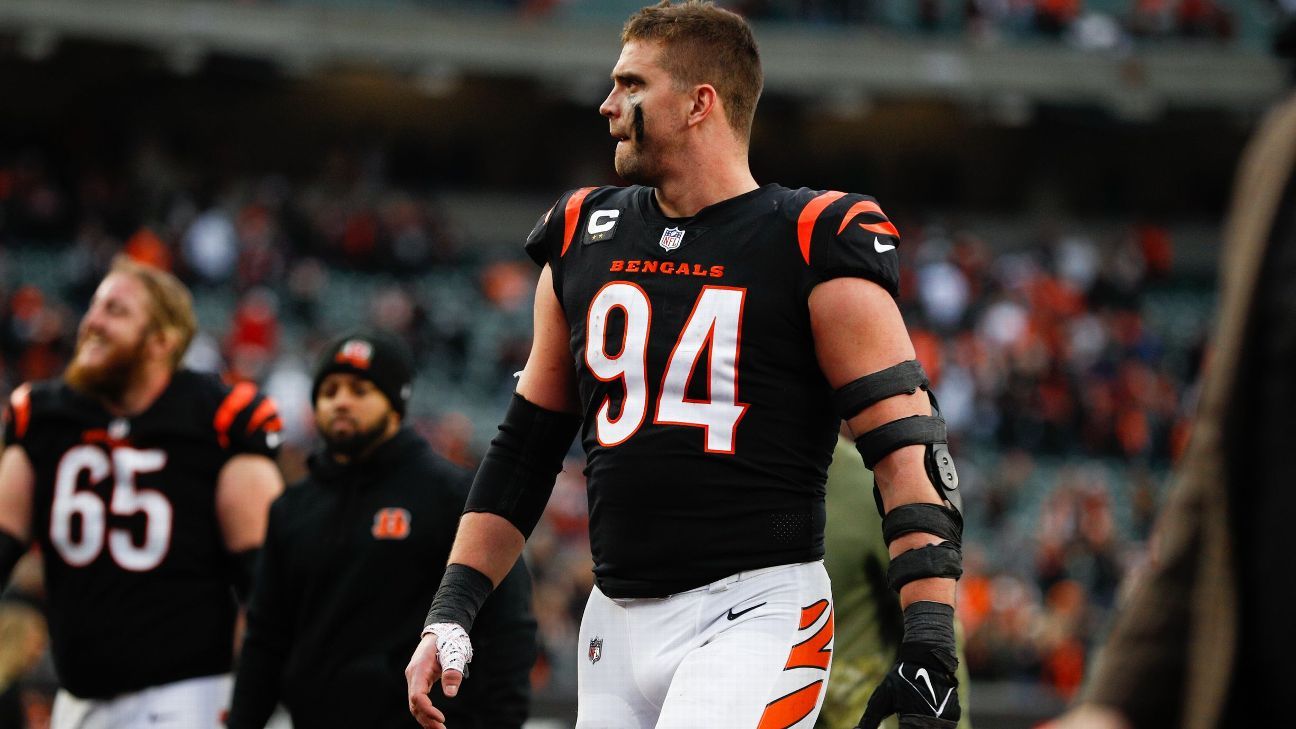 TAMPA, Fla. — Cincinnati Bengals defensive end Sam Hubbard has been ruled out of Sunday’s game against the Tampa Bay Buccaneers with a left calf injury.

Hubbard suffered the injury in the second quarter, when he jumped up in an attempt to deflect Bucs quarterback Tom Brady‘s third-down pass.

Hubbard was ruled out one quarter later.

That injury exacerbated Cincinnati’s depth issues on Sunday. Trey Hendrickson, Cincinnati’s other starting defensive end, didn’t practice all week and was ruled out for Sunday with a wrist injury. ESPN’s Jeremy Fowler reported that Hendrickson could be back in time for a potential playoff run.

Hubbard led the team with 6.5 sacks and started in all 13 games leading up to Sunday’s clash against the Buccaneers.

Follow live: Can Brady, struggling Bucs right the ship against Burrow, surging Bengals?
Jets QB Wilson on his return: ‘Got to be better’
Advertisement