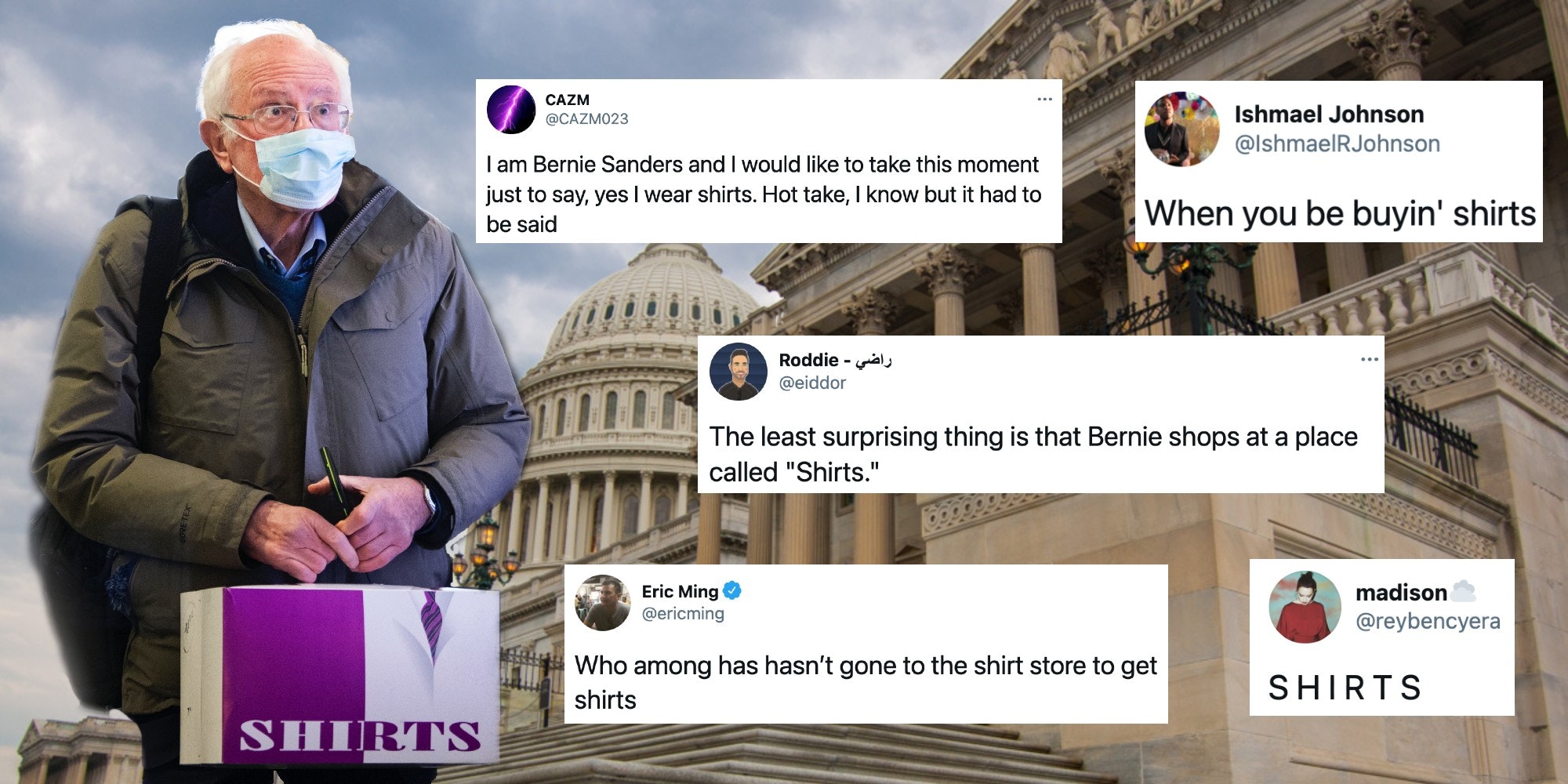 Sen. Bernie Sanders (I-Vt.) has once again become a meme online after a picture on Tuesday showed the statesman with a shopping bag simply labeled as “Shirts.”

The picture, taken as Sanders walked through the Capitol, was shared on Twitter and quickly became a viral hit.

Sanders, who made headlines last month for his mittens and grey jacket during the inauguration of President Joe Biden, has earned a reputation for favoring practicality over extravagance when it comes to fashion.

That fact wasn’t lost on Twitter users when Sanders, wearing the very same grey jacket, was seen with what is arguably the most simplistic and to the point bag in existence.

Many described the 79-year-old politician as “iconic,” something that Sanders seemingly does without trying.

With the photo in its infancy, the internet is already expecting to see an influx of memes over the next 48 hours.

“You get two days with this, internet,” @tmavuram said.

Many also jokingly questioned what was in the bag as if the giant label hadn’t already given it away.

A strange subset of people who clearly favor folding their shirts instead of hanging them in the closet also celebrated the moment.

“Appreciate that he’s a folded shirt guy instead of a hanging shirt guy,” Jake Sherman added.

Jokes surrounding the ideological fight between capitalism and socialism, unsurprisingly, also made their way into the mix.

“This is the future socialists want!” @sssssparkers said.

While many questioned whether Sanders had actually shopped for shirts at a store called “Shirts,” NBC News reporter Frank Thorp stated that the bag was likely for the senator’s dry cleaning.

The post Bernie Sanders moves from mittens to shirts—and the memes follow appeared first on The Daily Dot.