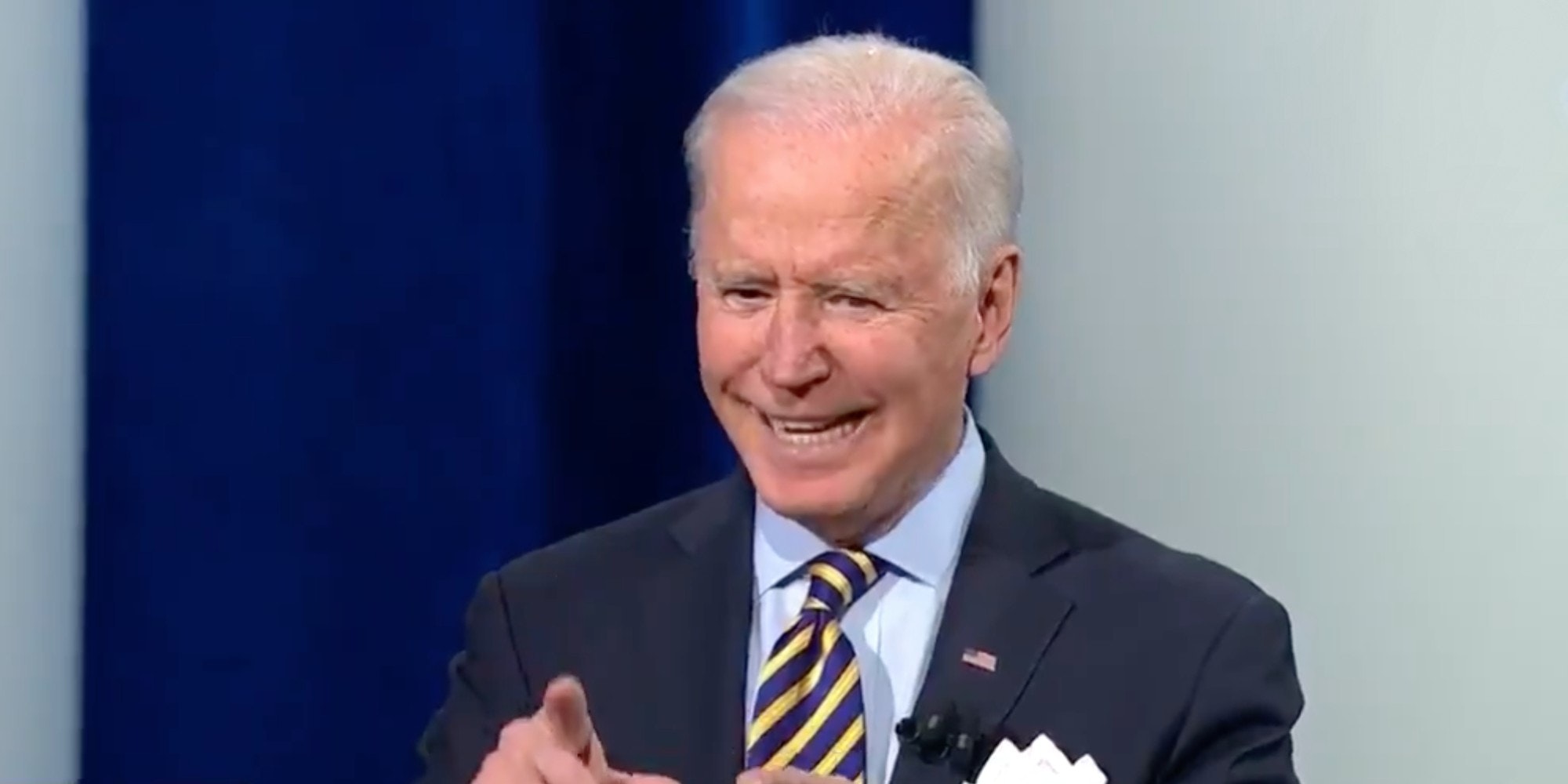 President Joe Biden stirred controversy on Tuesday after appearing to suggest that racial minorities don’t “know how to get online.”

Biden’s remark came during a CNN town hall in Wisconsin after he was questioned about racial disparities in relation to Covid-19 vaccinations.

“Not everybody in the community—in the Hispanic and African American community, particularly in rural areas that are distant and/or inner city districts—know how to get online to determine how to get in line for that Covid vaccination at the Walgreens or at the particular store,” the president said.

The comment immediately became a topic of debate on Twitter, where users argued over Biden’s intentions and whether his statement was racially insensitive.

Prominent conservatives, including Donald Trump Jr., used the moment to take jabs at the commander-in-chief.

Others rushed to Biden’s defense, claiming that his response was not only being distorted and taken out of context but that his assertion was essentially true.

“That’s not what he was saying!!!” @kimtifu said. “It was a long answer to a complex question about how to get vaccines to everybody. He was talking about going online to get appts & figure out where to go. It HAS been difficult for seniors and more so for communities of color.”

Many also accused supporters of the president of only defending his statement due to his political affiliation.

“Hey can any liberals explain to my why this is actually very woke and cool?” @BubetteS said.

But others accused conservatives of feigning outrage, arguing that they would have defended the statement had it come from former President Donald Trump.

The post Biden blames low vaccine numbers on minorities not knowing how to get ‘online’ appeared first on The Daily Dot.