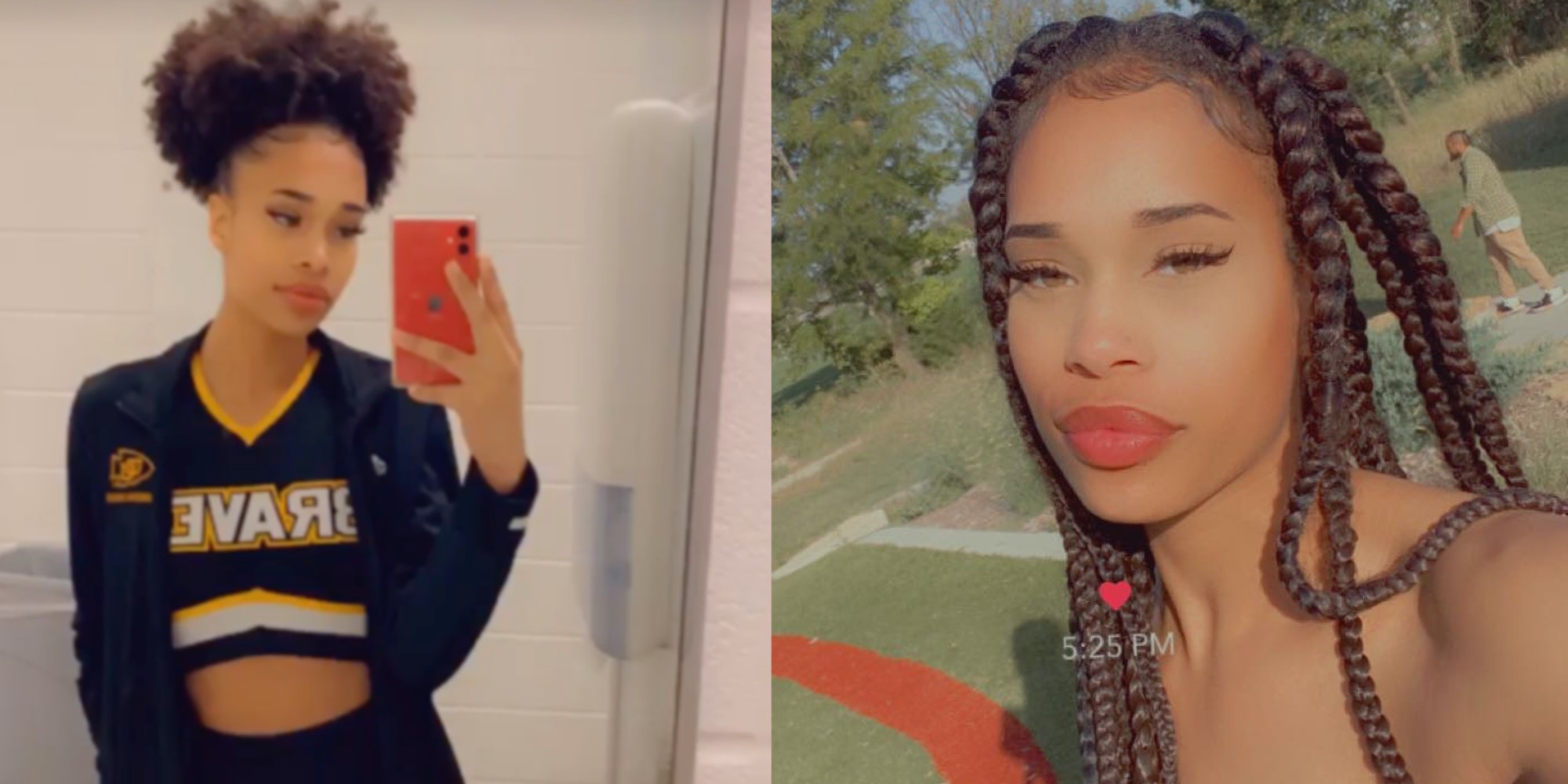 A Black Kansas cheerleader says she got kicked off her squad at Ottawa University after her coach said her braids were too long.

The student, Talyn Jefferson of Lawrence, said she refused to remove her hair bonnet during a cheer practice because she was worried her long braids would hit another teammate in the face. Her refusal, she told the Kansas City Star, led to a racist rant from her coach about her braids.

Jefferson said she was later kicked out of practice—and then kicked off the squad.

“I got kicked off because I was standing up for myself against microaggressive comments that the coach made toward me, that made me and others very uncomfortable,” Jefferson, 20, told the Star.

Jefferson told a friend about the incident—which occurred on Jan. 6—who drew attention to it with a post on Twitter.

Jefferson told the Star she was on the cheer team for more than two years. While she never intended for her story to end up on Twitter, she said she’s glad the news is public.

Ottawa University officials confirmed Jefferson was kicked off the squad but said it had “nothing” to do with her hairstyle.

Jefferson, meanwhile, said: “They claim I got kicked off because I defy authority and I have anger issues, but like I’ve said, that is not true. I have no type of misconduct issues at that school.”

She added that her coach, who is white, claimed she understands Black women’s hairstyles. “I do black people’s hair,” the tweet about the encounter quoted the coach saying. “I’m a cosmetologist! I lived with a black girl for five years. I do understand what it’s like to have hair like that.”

A spokesperson for the university called the incident “regrettable” and said it was being investigated.

The post Black cheerleader says she was kicked off squad over her hairstyle appeared first on The Daily Dot.