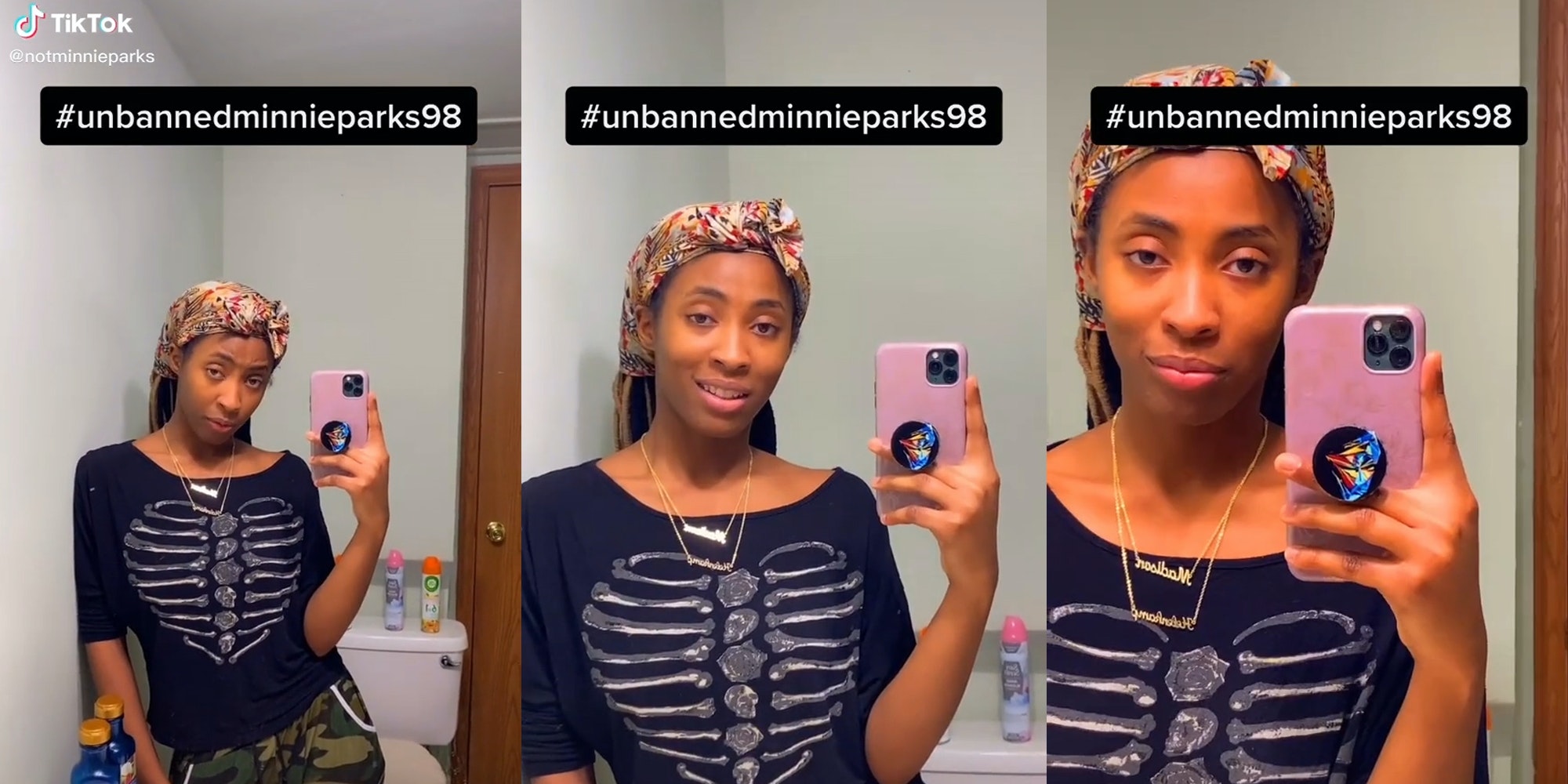 Black creators are once again calling out TikTok for banning their accounts—sometimes permanently—without offering any explanation.

As BuzzFeed reports, several creators have recently questioned why their accounts were suddenly banned, and a common thread appears to be that the banned accounts were receiving racist harassment and threats.

In a recent TikTok, creator Minnie Parks addressed the company directly, explaining that she’d received “over a 150 death threats in two months,” and wondering why her account was banned instead of the accounts making the threats. “I don’t feel welcome, heard, or safe,” Parks said in the TikTok, which was posted from a new account.

“My account got banned without reason or warning,” she told BuzzFeed. “All I do is simply educate and respond to racism and hate. And a lot of people don’t like that.”

Parks’ account was reinstated this week, but others are still waiting. Last fall, creator Caleb Derry posted a seemingly innocuous joke about white people not using exfoliant in the shower, and immediately started receiving harassment, in comments and direct messages. He appealed to TikTok, and included screenshots of the harassment—including one about lynching him—but the company didn’t budge.

Earlier this month, TikTok announced its Black Creators incubator program, which aims to “invest in and support emerging Black creators and music artists on TikTok.” But this initiative was implemented after multiple Black creators expressed frustration over their content being suppressed.

Last year, the hashtag #ImBlackMovement highlighted similar concerns about accounts receiving racist harassment being banned while those doing the harassment were not. Creators also called out the For You page for not featuring Black TikTokers’ original content. TikTok has a history of elevating popular white creators for dance trends while the Black creators who came up with them are elbowed out of the scene. In June, the company apologized to Black creators and announced steps it was taking to make the experience better.

TikTok told BuzzFeed it’s “committed to seeing that our policies and practices are fair and equitable.”