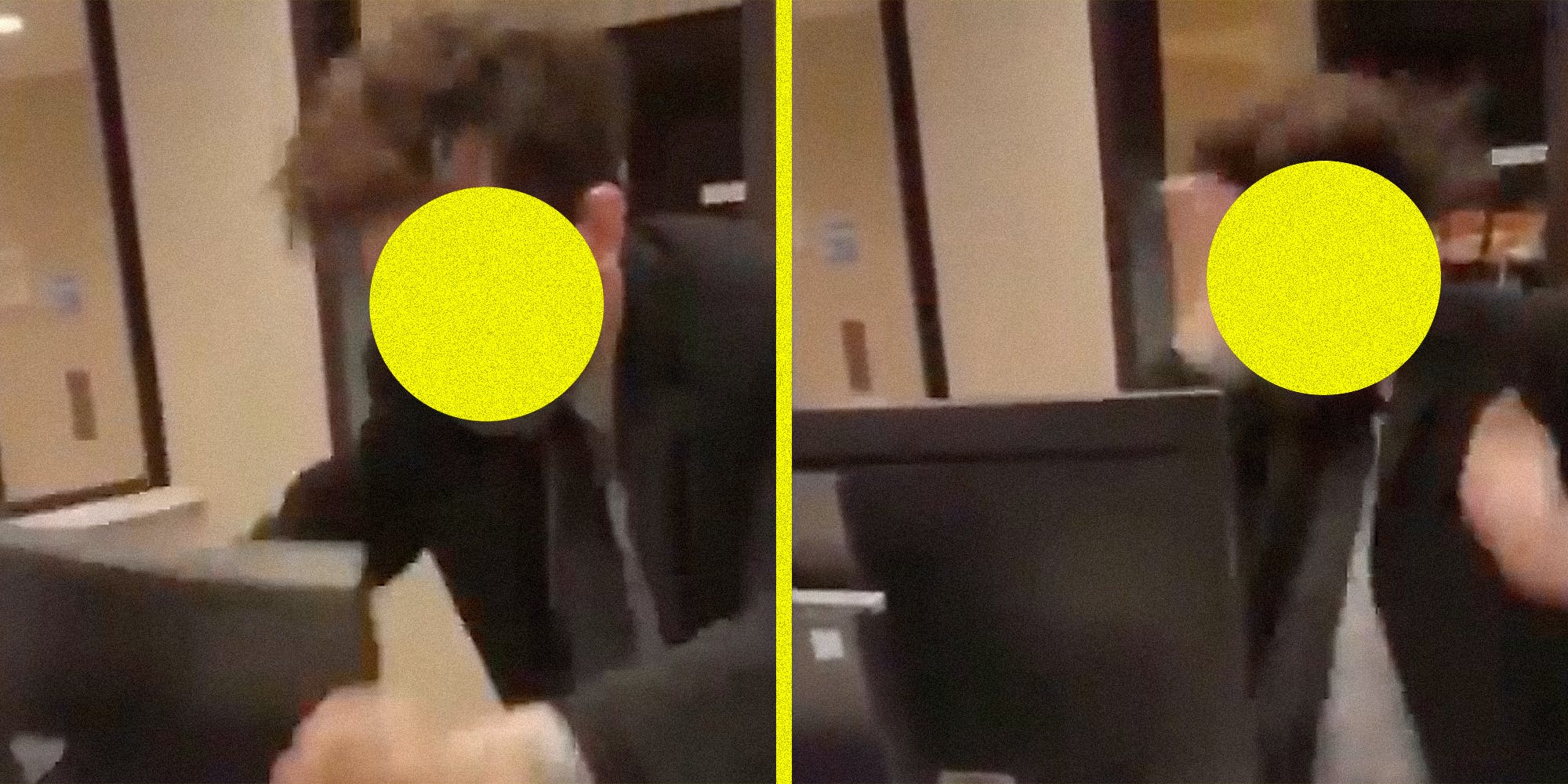 A viral video of a hotel clerk having a meltdown has opened up a heated debate about when public encounters are acceptable to record—and when it’s simply cruel.

The video in question was blasted all over Reddit before hitting Twitter this week. Tariq Nasheed, who often shares videos exposing racists, posted it with the caption “A white Holiday Inn Express worker has a nervous breakdown after he got scolded by a Black customer because of a mistake in the reservation system.”

What follows is footage of the customer berating the employee for a mistake the company allegedly made and demanding to know why the employee apparently hit the computer prior to the video starting.

The employee starts to explain that he’s “mentally ill,” but the customer bulldozes over him until the clerk starts hitting himself and ultimately moves off-camera.

“Wow. You’ve got to be kidding me,” the customer says as the clerk audibly cries off-screen. The customer moves to a different room to capture more of the employee’s breakdown on video from another angle.

Many viewers were appalled at the way the customer treated someone who was clearly in crisis and only lashing out against himself. Nasheed and others who reposted the video received similar criticisms for sharing a video of a mentally ill man being bullied and blaming the situation on him.

While it’s still unclear what exactly caused the initial conflict, a Reddit user identified himself as the hotel employee after the video went viral and explained that he has borderline personality disorder and schizoaffective disorder.

“This is not one of my best moments,” he wrote. “Mental illness is real and it literally can destroy lives. All I wanted to do was help them (which I couldn’t, because at that point my hands were tied, and I’m not a manager but an overworked motherfuck), but if they pressure me and try to argue with me, I don’t know how to handle it usually.”

He also said that the customer was kicked out by management for causing problems with customers and staff and had been calling him homophobic slurs in his anger before the video began.

That the man decided to escalate things and not only record but publicly shame the employee has turned into a larger conversation surrounding compassion and privacy. The line between embarrassing someone for Twitter clout and recording someone for accountability has apparently become blurred.

The clerk said he quit his job over the incident and the unwanted viral fame that followed. He also said that he received death threats and that the family of the man who recorded the video has been calling the hotel and “threatening lives and jobs.”

A GoFundMe has been started for the ex-employee to help him get back on his feet while he searches for a new job.